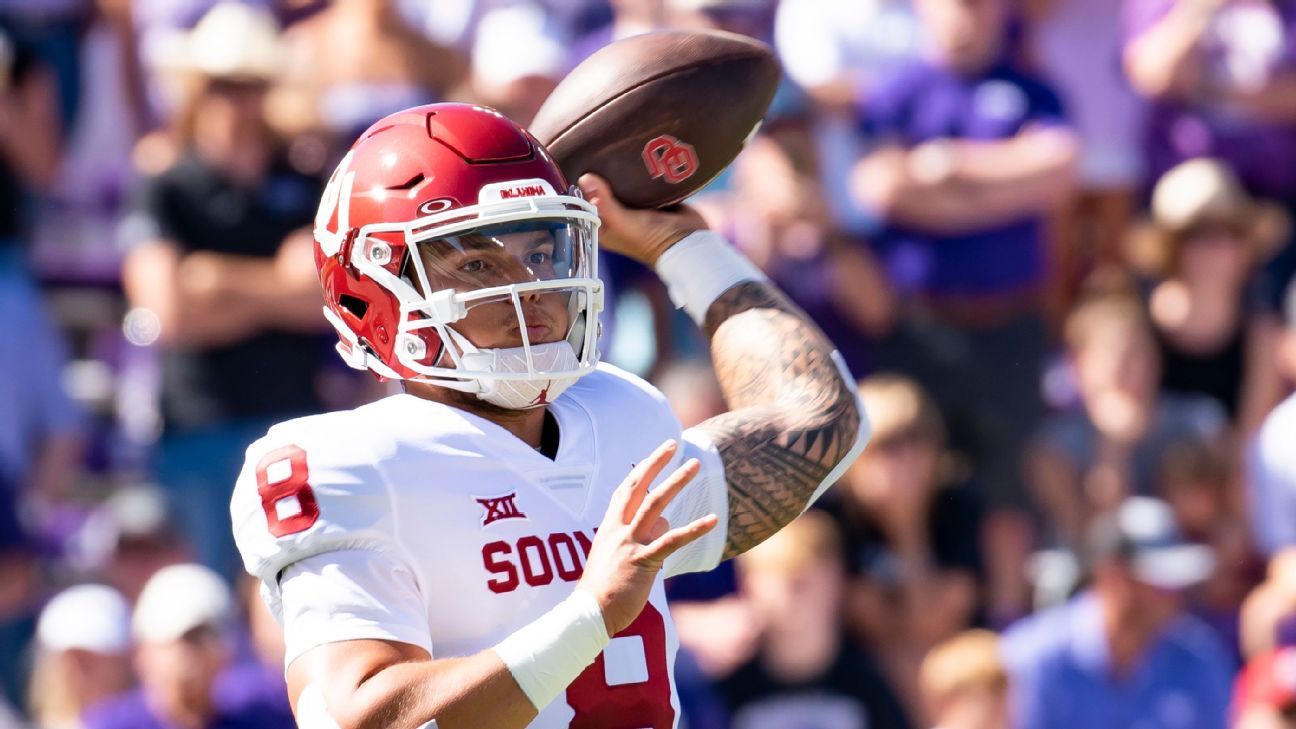 Oklahoma quarterback Dillon Gabriel is out of the game after taking a blow to the head on a slide in the second quarter of the Sooners’ matchup against TCU.

With Oklahoma trailing 34-10 on Saturday, Gabriel ran around the left end, slid feet-first and was hit hard by TCU linebacker Jamoi Hodge, who lowered a shoulder into Gabriel’s helmet. Gabriel laid on the turf for several minutes as players on both teams had to be separated.

Hodge was flagged for targeting and ejected.

Gabriel walked off the field with help and was later ruled out for the rest of the game. Gabriel was replaced by Davis Beville, a 6-foot-6, 235-pound junior who transferred from Pitt this offseason.

Two plays later, the Sooners scored on a 20-yard run by Jovantae Barnes to cut the lead to 34-17.