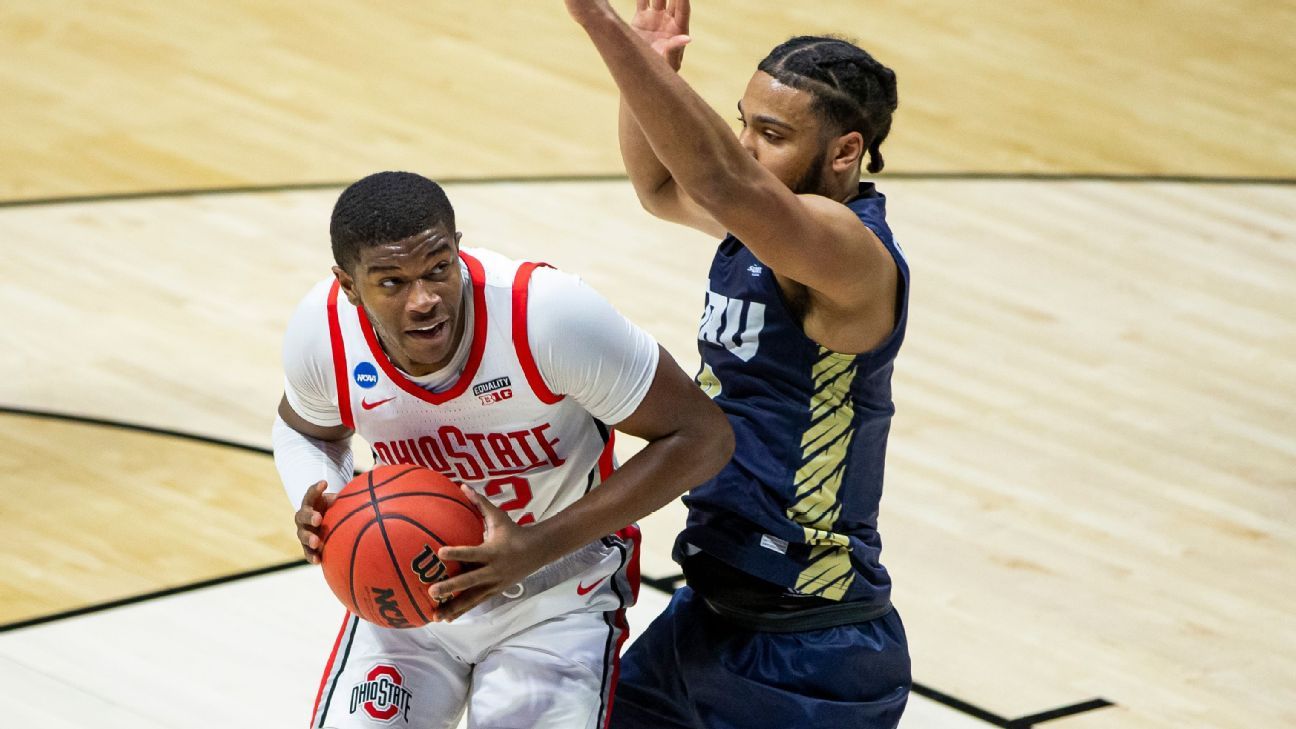 Ohio State forward E.J. Liddell responded to a pair of angry fans who he said sent him threatening messages following the Buckeyes’ first-round exit from the NCAA tournament Friday, writing in part on his Twitter account, “What did I do to deserve this? I’m human.”

Liddell and the No. 2-seeded Buckeyes fell 75-72 in overtime to No. 15 Oral Roberts in the first major upset in the tournament in two years.

Afterward, he shared screenshots of messages he said he received from the two disgruntled fans, including one who threatened to find and physically attack him.

Another fan wrote to Liddell: “You are such a f—ing disgrace. Don’t ever show your face at Ohio State. We hate you. I hope you die I really do.”

“Comments don’t get to me but I just wanna know why,” Liddell wrote on Twitter. “I’ve never done anything to anyone in my life to be approached like this.

“This is not me saying anything negative about Ohio State fans. I love you all dearly and I’ve felt nothing but appreciated since the first day I stepped on campus.”

Former Buckeyes star Jared Sullinger was among those who threw their support behind Liddell, writing that some people “don’t see you as a human more like entertainment.”

“Keep being the young man that you are bro,” Sullinger wrote to Liddell. “Proud of you. Use these messages to fuel your fire.”

Liddell, a sophomore, had 23 points and 14 rebounds to lead the Buckeyes, who were runners-up in the Big Ten tournament and entered Friday’s first-round game as 16-point favorites.