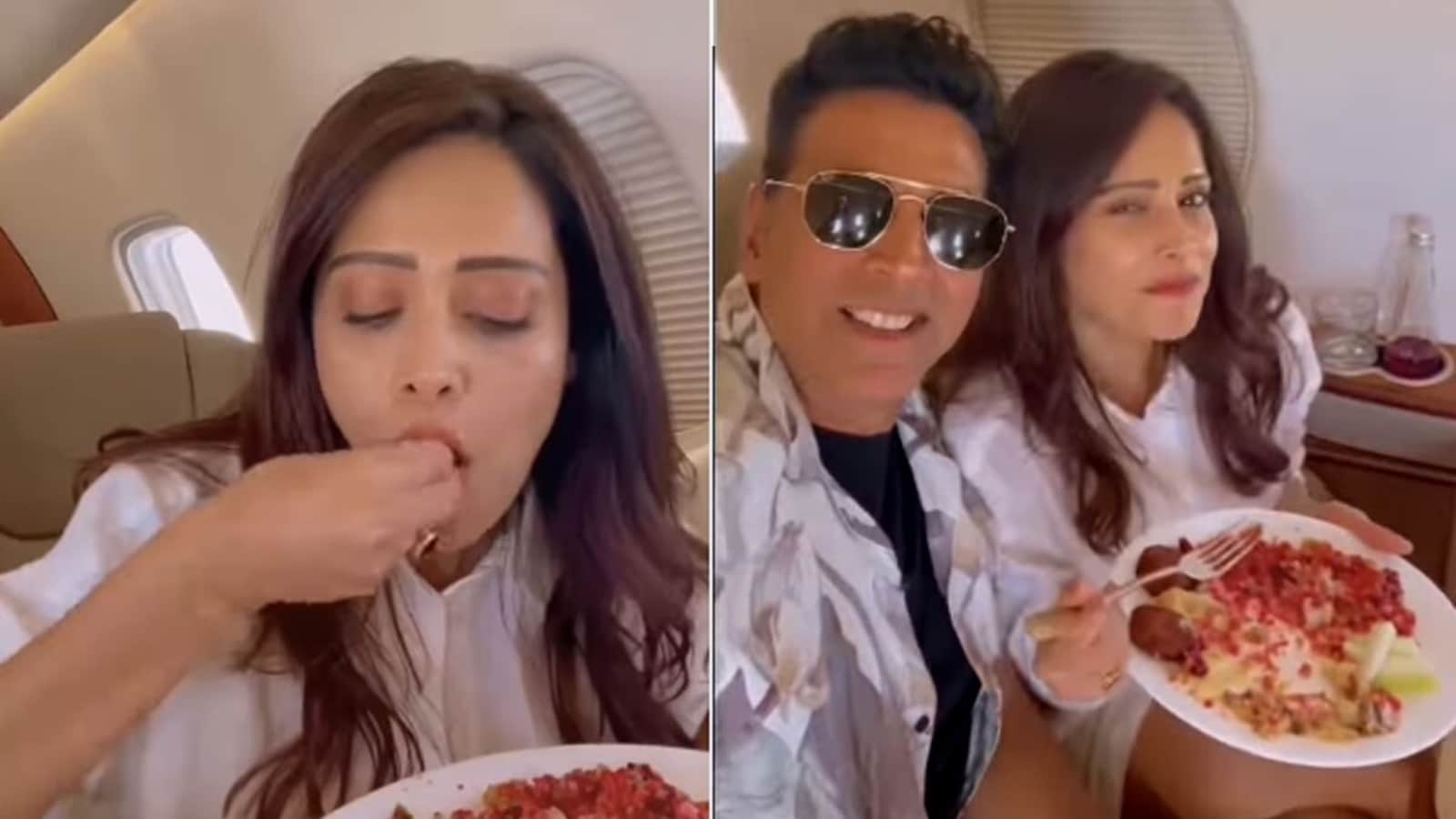 Nushrratt Bharuccha has shared a video to reveal how real life is different from the way it is portrayed on Instagram. The actor is seen eating her food with her hand but when she was asked to pose for a selfie with Akshay Kumar, she quickly wiped her hands and picked up the fork to pose gracefully for the camera. The two will be seen together in Ram Setu as well as Selfiee. Also read: Akshay Kumar shares group hug with daughter Nitara, pet Freddie; fans call it ‘most adorable thing on internet’

Sharing the video on Instagram, Nushrratt wrote, “Instagram vs Reality. Be who you wish to be!” The video shows her on a flight, having her food in peace. As she is seen lost in eating her food with hand, Akshay Kumar joins her to pose for a selfie with him. As he went on to click the picture, she interrupted him to let her wipe her hands. When she was done, she picked up her plate again and started eating with a fork. Akshay even asked her, “Haath se kha na chakku se kyu kha ri hai (eat by hand only, why are you eating with a fork)?” She ignored the question and flashed a bright smile for the camera. The tag ‘Selfiee etiquettes’ could be seen in the video.

A fan commented, “Be you wish to be likh rahe ho aur fir fake hoge spoon bhi utha li . .waahh (you are saying ‘be you’ and then you only are acting fake and eating with a spoon).” Another commented, “Ye baat toh sabhi per implement hoti h, insta vs reallity (this is valid for all).”

Akshay and Nushrratt had wrapped up shooting for Ram Setu a few months ago. They are now working on Selfiee, which also stars Emraan Hashmi and Diana Penty. Selfiee is a remake of 2019 Malayalam comedy Driving Licence. It features Prithviraj Sukumaran as a superstar and Suraj Venjaramoodu as a motor vehicle inspector.