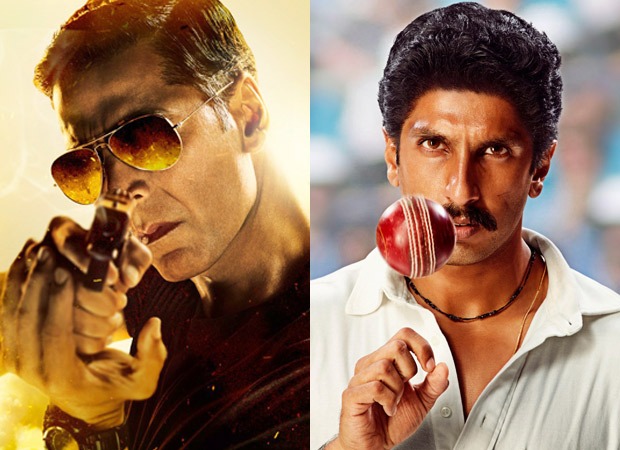 We are just a day away from the release of Rohit Shetty’s cop actioner, Sooryavanshi starring Akshay Kumar, Ajay Devgn, Ranveer Singh and Katrina Kaif, and there isn’t any sign yet about the opening up of advance booking in the national multiplex chain. The exhibition sector and trade is restless with the development as the revenue sharing issue between the top three national chains – PVR, INOX and Cinepolis – and the distributor, Reliance Entertainment are yet to be resolved.

According to an insider, Reliance is demanding 60% revenue from the national chains in the first week, whereas the top three chains are not willing to give a penny more than 52.5%. “The national chains are of the opinion that giving more revenue to Sooryavanshi would mean setting an example for every film that’s set to release this year. That aside, the exhibition sector is worst hit by pandemic, as unlike the producers, who make money from satellite, digital and music too, they have no other source of revenue. Hence, they are in no mood to compromise and sticking their guns to 52.5%. Reliance on the other hand is not willing to budge either and standing to their demand of 60% revenue share in opening week,” an insider told RHN.

The insider added, “Reliance is of the opinion that they waited long to support the cinema and now it’s time for cinemas to support them with additional revenue. They believe that this is the least that they deserve for not taking a direct to digital route. Both of them are standing tall on their ideologies and this has resulted in advance status going for a toss as over 1500 screens in India have held back on opening the advances.”

That’s not all, the insider informs that Reliance Entertainment is demanding the same terms i.e. 60 percent revenue share for Kabir Khan’s sport biopic, 83 starring Ranveer Singh too. “They don’t want to go through the same tedious process of fighting the exhibitors again in December and hence, they are asking the national chains to sign a contract of 60% revenue share for both Sooryavanshi and 83. But obviously, the national chains have blatantly refused.”

It’s Thursday today, and with just a day more left for Sooryavanshi’s release, the drama is expected to intensify further. One of the two stakeholders will make the first blink today and it remains to be seen, if it’s Reliance or National Chains. But in this battle of two powerful forces, it’s the film which is suffering the most at the moment.

Also Read: Just a day left for Sooryavanshi to release but the issues still remain unsolved; ANGER builds up among exhibitors and moviegoers