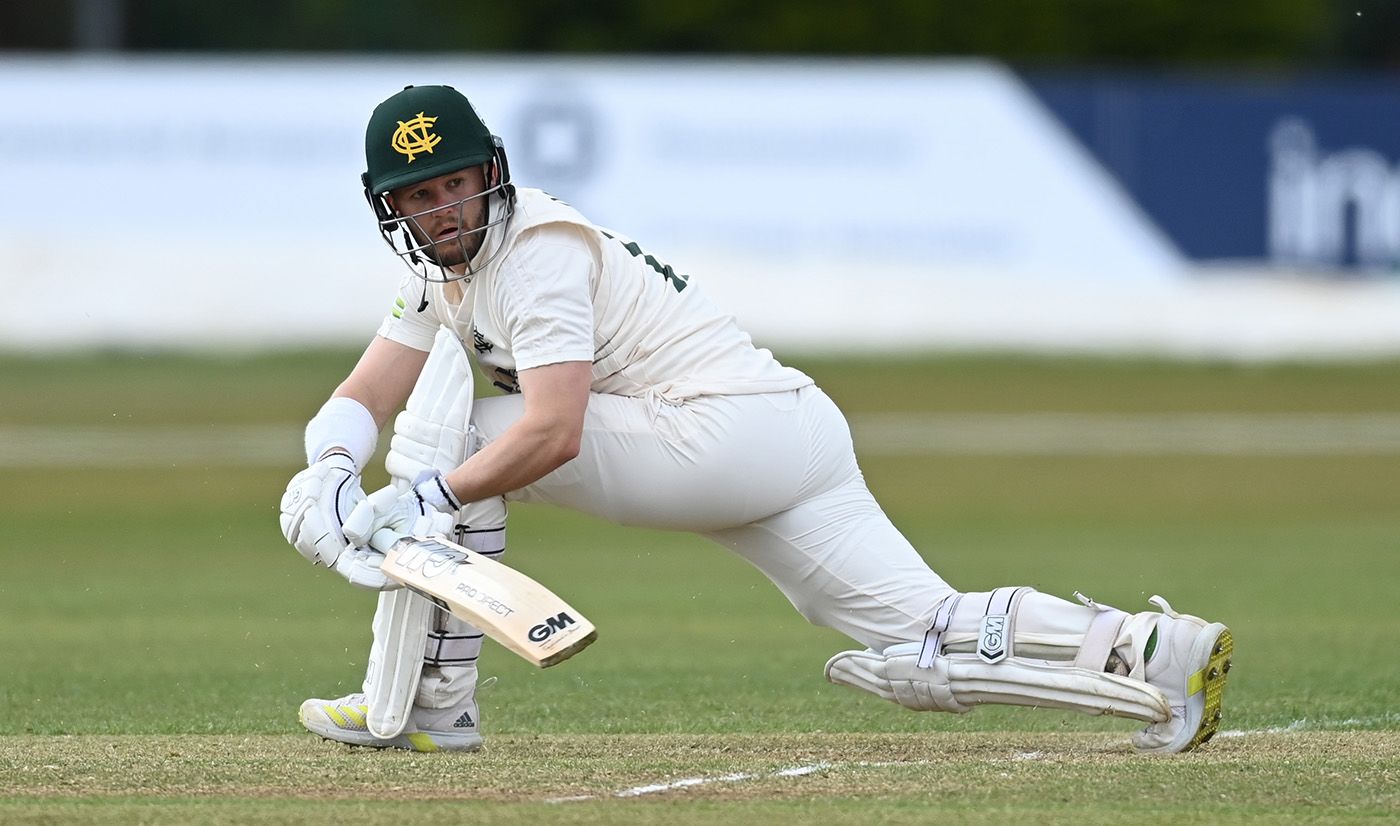 Normal service has been resumed as Nottinghamshire, beaten in their first home match of the season by Glamorgan, made it six wins in seven at Trent Bridge with a five-wicket defeat of Worcestershire.

The prospect of a lengthy rain delay on the final day heightened their anxiety to chase down a target of 233 in 56 overs by the close and they timed it to perfection as Joe Clarke on-drove the winning boundary from the last ball to leave recourse to an extra half-hour unnecessary.
The choicest innings came from Ben Duckett, whose 78 from 85 balls had almost but not quite broken the chase when he hacked at a ball from Charlie Morris and was caught at the wicket, a puff of dust from the surface offering him an alibi for his error.

Duckett can be an exhilarating watch, a figure of barrel-shaped invention. That barrel could be full of real ale, frothing and intoxicating. Josh Baker, an 18-year-old left-arm spinner playing only his eighth first-class match, has probably faced no more untameable opponent, enduring cuts, sweeps and reverse sweeps from a batter who is addicted to adventure whenever a spinner comes on.

In such a frame of mind, it is possible to understand what England saw when they chose Duckett, then at Northants, for the 2016 tour of India. The gamble failed – “I got worked over by one of the best spinners the game has ever seen” he once said of his agonies against Ravi Ashwin. He has rarely entered England’s thoughts since and he is unlikely to enter them again soon as the pressing need is at the top of the order, but he now has a century and four fifties from his last five innings and is arguably in his best touch since those heady days.

Batting is often something of an escapade for Notts, who can be careless with their talent. They are awash with character, alive with strokeplay and their flaws are always lurking just below the surface. They are not the sort of side to look at an iffy weather forecast, mutter “you can only control the controllables” and leave their run chase to Sunday and hours of peering at leaden skies from dressing room windows. They are all the more welcome for that.

Worcestershire, spearheaded by the admirable Ed Barnard, fought valiantly, but ultimately, they were found wanting. They deserved better luck than to be a man down because of an injury to Dillon Pennington. A Baker’s dozen would normally have been too many, but he had to bowl 19 overs and went for 90, recovering his poise a little after Duckett’s dismissal, although Jack Haynes did not welcome his half-tracker which meant he took a painful blow from Clarke at short leg.

Worcestershire needed new-ball wickets and they managed one with their fourth ball when Morris had Ben Slater caught low at first slip. The indefatigable Barnard, who followed up more than five hours at the crease with 15 overs, squeezed one past Haseeb Hameed’s outside edge to clip off stump, took a fine catch at slip to intercept Lyndon James’ reverse sweep (note to James: don’t reverse-lap when the man who can do no wrong is stood at slip) and he was still passing the outside edge on occasions as Clarke assembled his first half-century of the season to guide Notts home.

Neither had Barnard quite finished with Nottinghamshire with the bat. His unbeaten 101 on the second day had organised Worcestershire resistance that few expected, and he extended that to a career-best 163 from 310 balls, unconquered to the last as Worcestershire’s innings finally came to grief on 339. The target felt very achievable but with the potential to be messed up.

Barnard did not give a chance, although he did pack an over’s worth of misjudgements into a single one from Dane Paterson, on 120, when his thought processes briefly went haywire.

Stuart Broad finished up bowling 27 overs, which was probably a heavier workload than he would have preferred in his first of three matches designed to win back his England place. Figures of 4 for 72 in 27 overs will do him no harm. He quickly dislodged Jamie Cox with an excellent ball that bounced and left him before resorting to a succession of wicket-taking theories and unconventional fields which owed something to the nature of the surface, but also a little perhaps to his own impatience.

“To be impatient is to be hooked on the future,” said the American psychiatrist, Gerald Jampolsky, which seems appropriate to Broad, even if he doesn’t appear to be the sort who gives much credence to Californian self-help books.