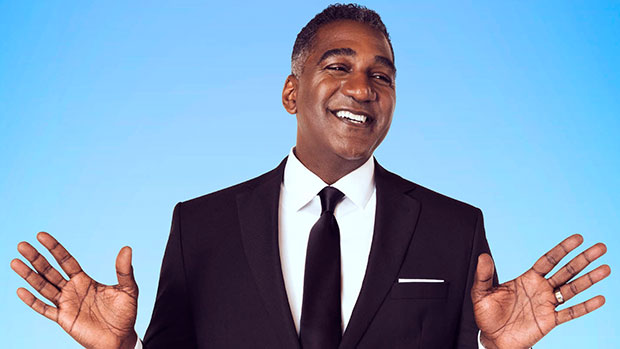 Chicken & Biscuits is one of Broadway’s newest original plays, and one of seven new plays this season written by Black playwrights following several much-needed conversations about inclusion, equality and representation within the industry. The play, which recently welcomed on board producers Nick Jonas and Priyanka Chopra Jonas, stars Emmy, Tony, and SAG-nominated multi-hyphenate Norm Lewis, who previously made history in 2014 as The Phantom Of The Opera’s first African-American Phantom on Broadway. “It’s always great to start a new show and I’m always excited to create a new character. It’s fun to step into a role, like when I did in Chicago or Phantom, but it’s always great to create your own, especially when it’s a new show,” Norm told HollywoodLife in an EXCLUSIVE interview. “I referenced my grandfather, who was a preacher, so I invoked his spirit. I also am invoking the spirits of the pastors that I grew up with, just trying to kind of embrace what a pastor does in a church, trying to be a great leader.”

Norm stars as Reginald Mabry, husband to Baneatta Mabry (Cleo King), who is mourning the loss of her father, the pastor of their local congregation. After his death, Reginald must step into the role of pastor, eulogize his father-in-law and try to manage all of the familial chaos and drama that comes with unexpected family reunions. “Reginald is the steady one. I consider him the heartbeat of the family.  Although he is dealing with his own nervousness stepping into the patriarchal role of the family, he tries to make everyone else around him feel secure in a time of grief and uncertainty,” Norm explained. “I think that’s what pastors try to do for their congregations and for their families.”

The chaos continues as the Mabry’s youngest son, Kenny, brings his white, Jewish boyfriend Logan to the funeral. While Reginald is accepting of his son’s sexuality, Baneatta and her daughter, Simone, turn their nose up at Logan any chance they get. “Reginald was always accepting of Kenny’s sexuality. He understands their points of view from a religious standpoint, but he loves his son no matter what,” Norm said. “For Simone and Baneatta, they are both Black women who already have major challenges from a societal standpoint, and with Kenny a member of their family being a Black man, who happens to be gay AND have a partner outside of their race, there is fear over the cultural and societal response.”

He continued, “Blood is a very important thing and you try to maintain that throughout all of your years, no matter what struggles you go through, you try to work that out. Sometimes you can, sometimes you can’t. But in Chicken & Biscuits, there is redemption, there is forgiveness, there is understanding, and it’s shrouded in comedy that I think everyone can relate to.”

Chicken & Biscuits is currently playing at Circle In The Square Theatre on Broadway! Get your tickets now.