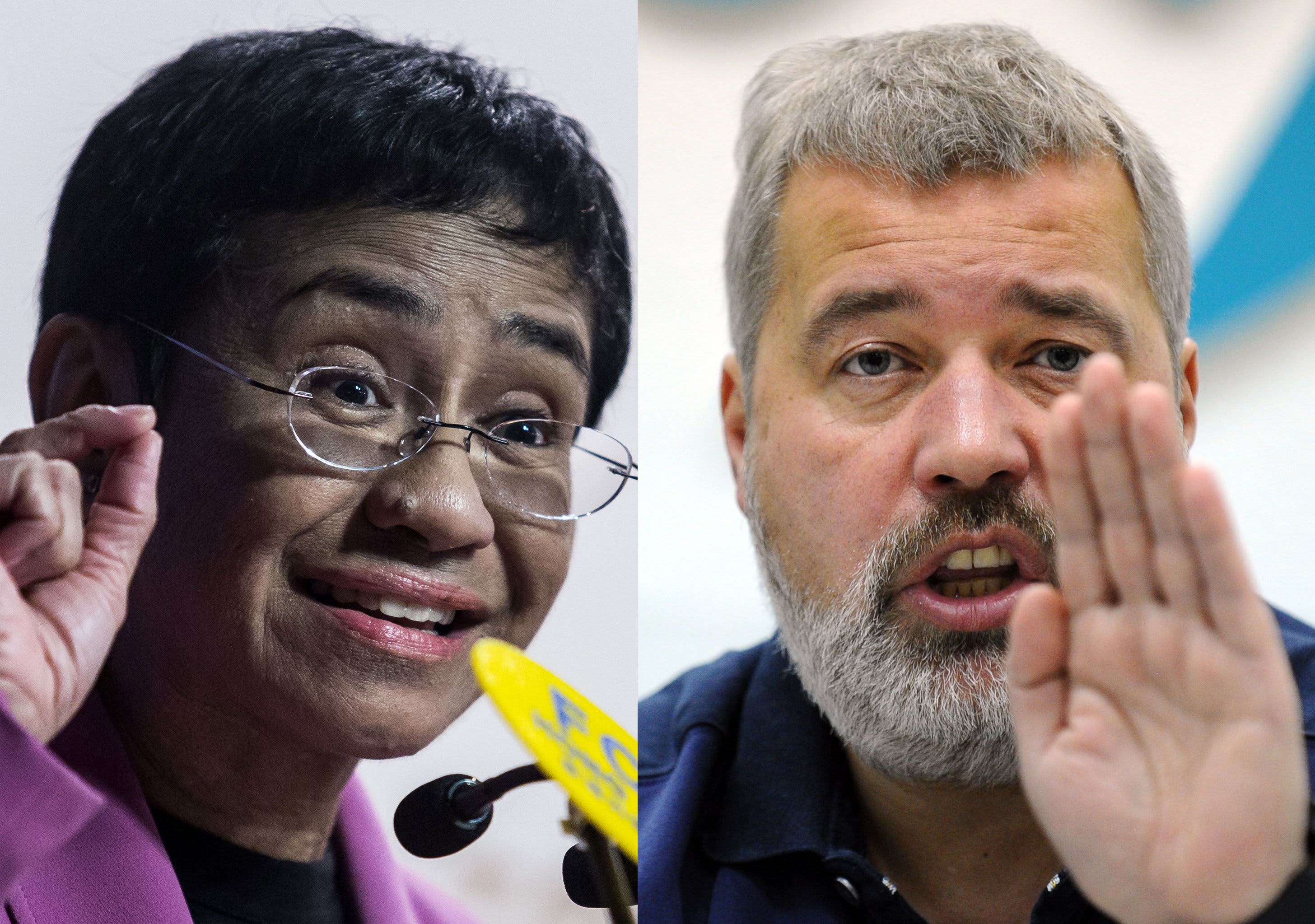 The 2021 Nobel Peace Prize has been awarded to journalists Maria Ressa and Dmitry Muratov for their efforts to safeguard freedom of expression.

The Nobel committee praised Ressa and Muratov for “their courageous fight for freedom of expression in the Philippines and Russia.”

“They are representatives of all journalists who stand up for this ideal in a world in which democracy and freedom of the press face increasingly adverse conditions,” it said in a press release following the announcement on Friday.

Ressa is the founder, CEO and executive editor of Rappler, an online news outlet covering the policies and actions of President Rodrigo Duterte’s regime in the Philippines.

The Nobel committee said she “uses freedom of expression to expose abuse of power, use of violence and growing authoritarianism in her native country, the Philippines.”

Muratov is the editor-in-chief of Novaya Gazeta, a Russian newspaper that publishes critical coverage of the Kremlin. Novaya Gazeta, founded by Muratov in 1993, is renowned for in-depth exposés of power abuses, human rights abuses and corruption under the Russian regime.

Both Ressa and Muratov have faced attempts by their respective governments to silence their publications.

In November, Filipino authorities accused Ressa and Rappler of tax evasion, claiming the government had enough evidence to indict her.

Authorities had claimed in 2018 that foreign investment into Rappler amounted to prohibited foreign control of a media company, an accusation denied by the organization. In 2019, the Philippines’ Court of Appeals rejected Rappler’s appeal against the claims.

Rappler was banned from covering official presidential events in 2018, with a presidential spokesperson saying Duterte had “lost trust” in the publication.

Rappler continues to operate, with Ressa telling the Committee to Protect Journalists in 2018 that the government’s action against her website were “a politicized decision aimed at stifling critical coverage.”

Meanwhile, Novaya Gazeta was praised by the Nobel Committee on Friday for its coverage of a range of topics, including police violence, unlawful arrests, electoral fraud and “troll factories,” as well as the use of Russian military forces both within and outside Russia. It added that six of its journalists have been murdered for carrying out their work, and the publication has been met with harassment, threats and violence.

“Despite the killings and threats, editor-in-chief Muratov has refused to abandon the newspaper’s independent policy,” the Nobel committee said. “He has consistently defended the right of journalists to write anything they want about whatever they want, as long as they comply with the professional and ethical standards of journalism.”

“He persistently works in accordance with his own ideals, he is devoted to them, he is talented, he is brave,” he said, according to Reuters.

The Nobel committee said that the peace prize was awarded to Ressa and Muratov to reflect the importance of freedom of expression and information.

“Free, independent and fact-based journalism serves to protect against abuse of power, lies and war propaganda,” it said. “These rights are crucial prerequisites for democracy and protect against war and conflict. The award of the Nobel Peace Prize to Maria Ressa and Dmitry Muratov is intended to underscore the importance of protecting and defending these fundamental rights.”

The Nobel Peace Prize, which includes 10 million Swedish krona ($1.14 million), will be awarded to Ressa and Muratov at a ceremony in Oslo, Norway on Dec. 10.

There were 329 nominees for the 2021 Nobel Peace Prize, 234 of which were individuals and 95 were organizations.

Neither the names of the nominators or the nominees are disclosed until 50 years after the prize is awarded. Only those who meet strict criteria — such as Members of The International Court of Justice or Nobel Peace laureates — are permitted to submit nominations for the Nobel Peace Prize.

The 2021 prize had the third highest number of nominees ever.

‘Facebook is closing the door on us being able to act,’ whistleblower says in UK hearing

As France’s presidential election nears, Macron’s challengers are in the spotlight

India’s Mahindra Group expects 50% of vehicles sold by 2030 to be electric, CEO says

America must protect these 5 technologies if it wants to remain a superpower, intelligence officials warn