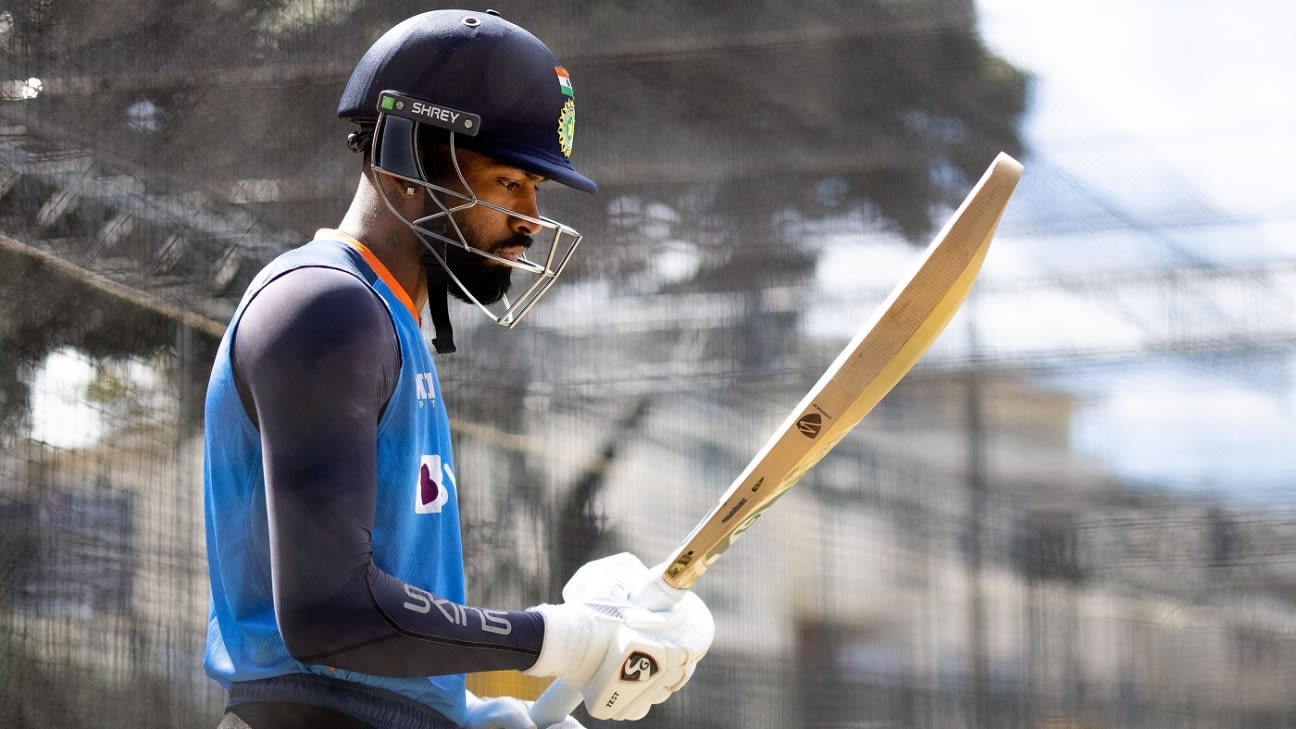 Ravi Shastri believes there’s “no harm” in India exploring the possibility of having a new T20I captain to ease some load off Rohit Sharma, who currently leads them across formats.
India have Hardik Pandya leading the T20I squad in New Zealand after the selectors rested the senior players following the World Cup in Australia. It’s a job Pandya first did in Ireland earlier in the year, following a successful IPL stint where he led first-timers Gujarat Titans to the title.

“For T20 cricket, there is no harm in having a new captain,” Shastri told select media during an interaction facilitated by Prime Video ahead of the first T20I in Wellington on Friday. “Because the volume of cricket is such, that for one player to play all three formats of the game is never going to be easy. If Rohit is already leading in Tests and ODIs, there is no harm in identifying a new T20I captain and if his name is Hardik Pandya, so be it.”

“I think that is the way forward,” Shastri said. “I think VVS is right. They will identify specialists. Going forward, that should be the mantra. Identify and make that Indian side into a terrific fielding side and identify roles for these youngsters who can be fearless and play that kind of cricket without any kind of baggage.”

Shastri wasn’t willing to be drawn into comparing the differences he saw in the Indian team when his coaching term ended in November 2021 to the current outfit, but was firm in his belief that India should try and emulate England’s white-ball formula that has brought them considerable success since their reboot under Eoin Morgan following a group-stage exit at the 2015 World Cup.

“I wouldn’t like to point out anything, but there’s an opportunity with this team in the future to identify roles for players, identify match-winners, and go pretty much on the template of England,” he said. “They are one team that really caught the bull by the horns after the 2015 World Cup. They sat down and said they are going to identify the best players for that format of the game – whether it’s T20 or 50-over cricket.

“Which meant if there were certain senior players who had to sit out, then so be it. They got in youngsters who were fearless, who could adapt to that pattern of the game without having to change their games too much. So it’s a template that can be followed easily; India have got a wealth of resources. And I think it can start from this tour. Because when you look at this team, it’s a fresh, young side. You can identify, you can groom, and you can take this team ahead in two years’ time.”

Shastri was also unabashed in his support for tearaway quick Umran Malik who he believes will give the bowling attack much-needed variety in New Zealand, having been included in both the T20I and ODI squads.

“There’s an opportunity with this team in the future to identify roles for players, identify match-winners, and go pretty much on the template of England”

Malik was called into India’s net bowling contingent at the 2021 T20 World Cup during Shastri’s tenure, and subsequently made his T20I debut under Pandya in Ireland earlier this year.

Malik has polarised opinion in Indian cricket. While some believe his raw pace can be an asset, others have pointed to the lack of consistency and the need to nurture his talent by giving him giving him opportunities with India A before transitioning him into the senior team.

“He is one of the fastest bowlers in India and you saw what happened in the World Cup where genuine pace rattled opposition, whether it was Haris Rauf, Naseem Shah or Anrich Nortj,” Shastri said. “So, there is no substitute for genuine pace, even if you are defending small totals. So this is an opportunity for Umran. Hopefully, he will learn from this exposure.”