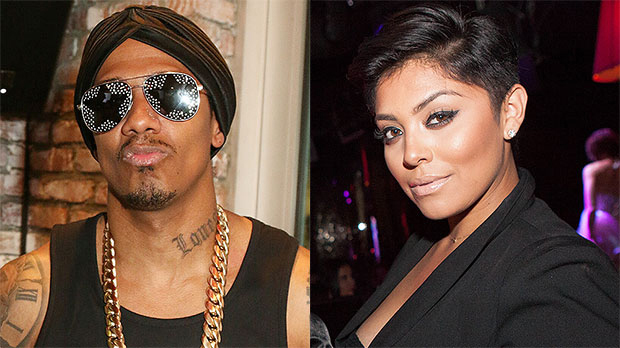 Nick Cannon has purchased a home for one of his pregnant partners: Abby De La Rosa, 31. The comedian and host, 41, got a sweet shout out from Abby via Instagram on Friday, Sept. 2. “Here’s to beautiful new beginnings. I’m so grateful,” she wrote over a video of her and Nick’s 1-year-old twins Zion and Zillion running through an unfurnished living room. “Thank you Dad – Zion & Zillion,” she added, signing off the message from her sons.

She also thanked her mother Lupe Pinon, who is a realtor: “The best Grandma & Realtor award goes to my Momma,” she wrote at the end of the caption. Nick quickly jumped in on the comments with a sweet response. “You are more than welcome!! It’s the least I can do,” Mariah Carey‘s ex-husband said back. “Thank you for the unconditional love and the most precious gifts any human can ask for!! BEAUTIFUL New Beginnings!” Nick wrote with three heart emojis.

Abby confirmed back in June that she is expecting her third child with Nick this coming October, which will be his ninth child. He is also expecting a 10th at the same time with partner Brittany Bell, 34, who confirmed she is also pregnant just days ago with a maternity shoot. Nick and Brittany also have children together: son Golden, 5, and daughter Powerful Queen, 1. Abby has made it clear via social media she doesn’t seem to mind her man having multiple relationships and kids with other women, declaring, “Move over Kardashians, Gen ‘C’ taking over babyyyy” — as in C for “Cannon.”

Beyond the two kids on the way, and his twins with Abby, and two kids with Brittany, Nick is also dad to three other kids. He welcomed his eighth baby, son Legendary, with Bre Tiesi in July 2022. His two oldest kids, twins Moroccan and Monroe, 11, are with ex-wife Mariah. He also shared son Zen with Alyssa Scott, who tragically died at just five months from a brain tumor.

While Nick having so many children has been controversial, the star has maintained that it’s all by choice. “I’m having kids on purpose,” he said in July 2021 to hip-hop duo City Girls. “I don’t have no accident,” he informed the ladies.