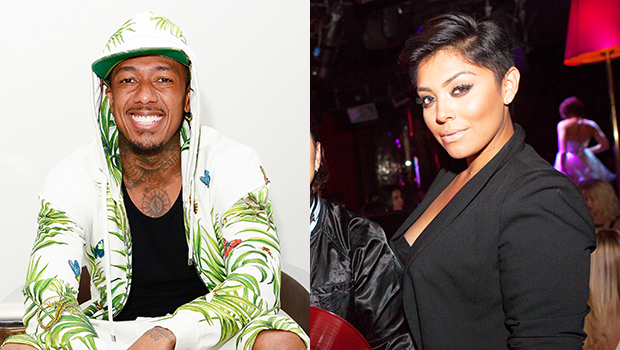 Nick Cannon and Abby De La Rosa announced the birth of their third child together in an Instagram post on Nov. 12. The baby comes just over a year after the couple welcomed their twins Zion and Zillion, both 1, together. “11/11/2022 A BEAUTIFUL DAY for “BEAUTIFUL ZEPPELIN CANNON” to arrive! Mommy @hiabbydelarosa you make it ALL look so easy and effortless but I am forever indebted to your tireless work of constant dedication, diligent effort and selfless love that you give to our children and myself,” Nick wrote in a post that showed him and Abby smiling down at their new bundle of joy.

“Beautiful is privileged to have such a Loving and Spiritually inclined Mother. Your resilience and strength doesn’t go unnoticed. Watching you smile through the world’s madness and my constant craziness is so impressive,” he continued. “Not a day goes by that I am not filled with gratitude for all your care, words of affirmation, kindness and inspiration. Thank you!! If I don’t say it enough! You are the definition of steadfast and virtuous and it is my continued duty to make you and our children feel valued and protected every single day! BEAUTIFUL ZEPPELIN aka BZC aka BIZZY B! Get ready because the world is yours! Daddy loves you!!”

The newborn is Nick’s 12th child. He’s had all of his kids with six different women. Nick and Abby had welcomed his twins in June 2021. Abby revealed that she was expecting Nick’s third baby back in June. Before welcoming their child, The Masked Singer host bought his girlfriend a house, as she revealed on her Instagram. ” It’s the least I can do, Thank you for the unconditional love and the most precious gifts any human can ask for!! BEAUTIFUL New Beginnings!” he wrote.

The new baby is shortly after Nick welcomed his 9th and 10th kids in September. He had his first child, a baby girl Onyx, with photographer LaNisha Cole. The photographer and talk show host announced Onyx’s birth together in an Instagram post on September 15. “I promise to love this little girl with all my heart, regardless what anyone says. I’ve given up on attempting to define myself for the world or society but instead I’m doing the work to heal and grow into the infinite Being God ordained me to be. Hopefully I can teach Onyx the same, to not let others shame or ridicule her with their outside opinions,” Nick wrote.

Besides the newborn, Onyx, and twins, Nick shares his oldest twins with Monroe and Morrocan with his ex-wife Mariah Carey. He also has two sons (Rise, 1 month, and Golden, 4,) and a daughter (Powerful Queen, 1), with his girlfriend Brittany Bell. He also had a son Legendary Love, 3 months, with model Brie Tiesi. Nick also had a son Zen with model Alyssa Scott in June 2021, but their baby boy sadly died at just five months old after being diagnosed with a brain tumor in December of that year.

After Nick and Abby welcomed their twins, the model revealed that she had put a lot of thought into getting pregnant with little ones. “It had already been a thought and it happened. It had already been out there, it was something we were manifesting and we were just letting it flow,” she said in an Instagram Q&A.

Nick Cannon’s 12 Kids: Everything To Know About His Children, Including Those He’s Expecting

Abby has shown that she’s super supportive of Nick having many children with multiple women. She shared a video of a comedian joking about Nick’s double-digits offspring, back in August. The comic joked about Nick and his family being able to “take on the Kardashians,” and Abby agreed. “Move over Kardashians, Gen ‘C’ taking over baby,” she quipped.