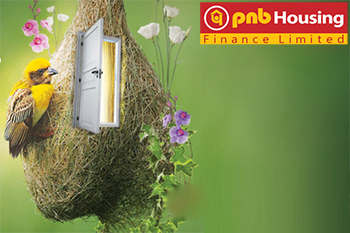 PNB Housing Finance Limited informed the exchanges Tuesday that National Housing Bank (NHB) vide its letter dated June 11, 2021, has advised the company to pay a penalty of Rs80,000 plus GST for non-compliance with policy circular no. 58 and 75 regarding disbursement of home loans in the year 2015 for the projects namely “Pushpban” and “Chaitraban” situated at Village Pirangute, Taluka Mulshi, District Pune (“Project”) duly promoted and developed by DSK.

The Company has made a representation to NHB on June 14, 2021 to re-consider the penalty as this matter was earlier dealt with by the NHB in October 2019 and a caution advise was then issued.

14 firms set to announce their Q1 earnings on July 31 – NTPC, IDFC First Bank, Sobha among others

Rolex Rings IPO becomes blockbuster, oversubscribed by a whopping 130.43 times driven by HNIs and institutional investors on the last day

Rupee ends lower by 13 paise against US Dollar

Colgate Chairman 80th AGM: Our goal is net-zero carbon emission in operations by 2040

Sydney Lotuaco Gets Real About Being the Only Asian Woman on...

UP govt suspended key labour laws, are they not human? Asks...

Myanmar has become a global flashpoint as violence escalates. Here’s what...