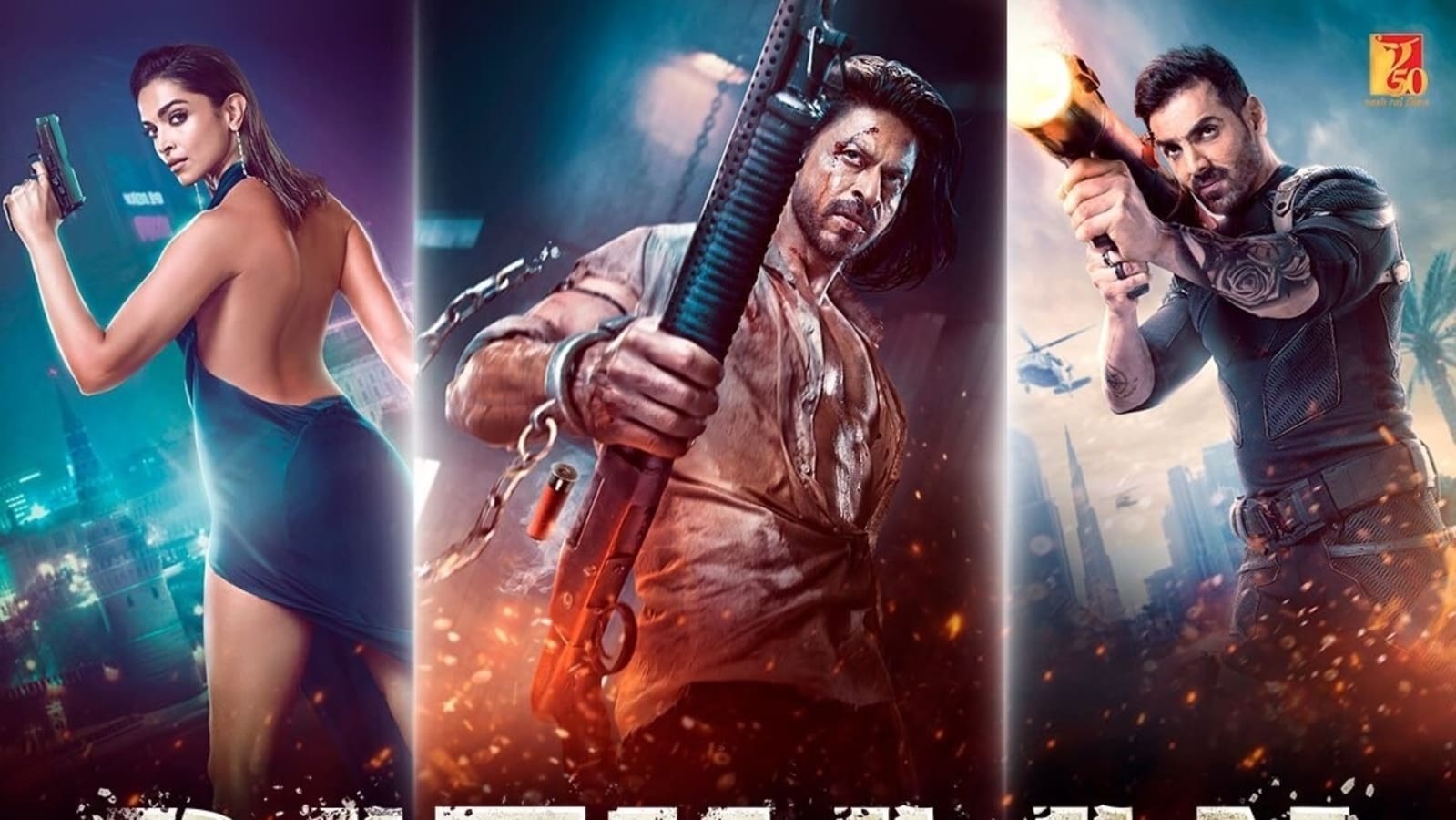 Shah Rukh Khan has unveiled new solo posters of himself, Deepika Padukone and John Abraham from his upcoming film Pathaan. The actor set the mood for the trailer release on Tuesday. In the new poster, Shah Rukh is seen in the middle of an action scene with handcuffs around his wrist and a gun in his hand. He also looks injured and is bleeding from his forehead but has determination written on his face. Also read: Why CBFC asking changes in Pathaan, Besharam Rang is bad news for film industry

Sharing his poster on Instagram, Shah Rukh wrote, “The mission is about to start… Aa raha hai #PathaanTrailer launching tomorrow at 11 AM! Celebrate #Pathaan with #YRF50 only at a big screen near you on 25th January. Releasing in Hindi, Tamil and Telugu. @deepikapadukone | @thejohnabraham | #SiddharthAnand | @yrf.”

He shared Deepika Padukone’s new poster too and captioned it, “She is on a mission too!” Deepika is seen in a glamourous avatar in an indigo backless dress, holding a pistol in each hand.

Sharing the poster of the lead antagonist John Abraham, Shah Rukh wrote, “Milte hai maidan par… Mazaa aayega @thejohnabraham! (let’s meet on ground, it will be fun).” John is seen in a black outfit, aiming with a missile launcher in his hand.

Shah Rukh also shared the time for the trailer release on Tuesday and wrote for his fans, “Thank you for waiting….ab Pathaan ki mehfil mein aa jao (come to Pathaan’s party now).”

Directed by Siddharth Anand of War fame, Pathaan will be out in theatres on January 25. It will release in Hindi, Tamil and Telugu.

YRF will be unveiling their new ‘spy universe’ logo attached to the Pathaan trailer that releases at 11 am on Tuesday. Salman Khan has a cameo in the film. This logo will also be featured in Salman and Katrina Kaif’s next Tiger 3 as well, in which SRK has a special appearance.

According to ANI, a trade source has revealed, “Aditya Chopra now wants to mark these films as a part of YRF’s spy universe in public consciousness and thus, the move to brand them in the form of a new logo that says Pathaan is part of ‘YRF Spy Universe’. This new logo will be present in Pathaan’s trailer and then will keep appearing in Tiger and War series of films.”