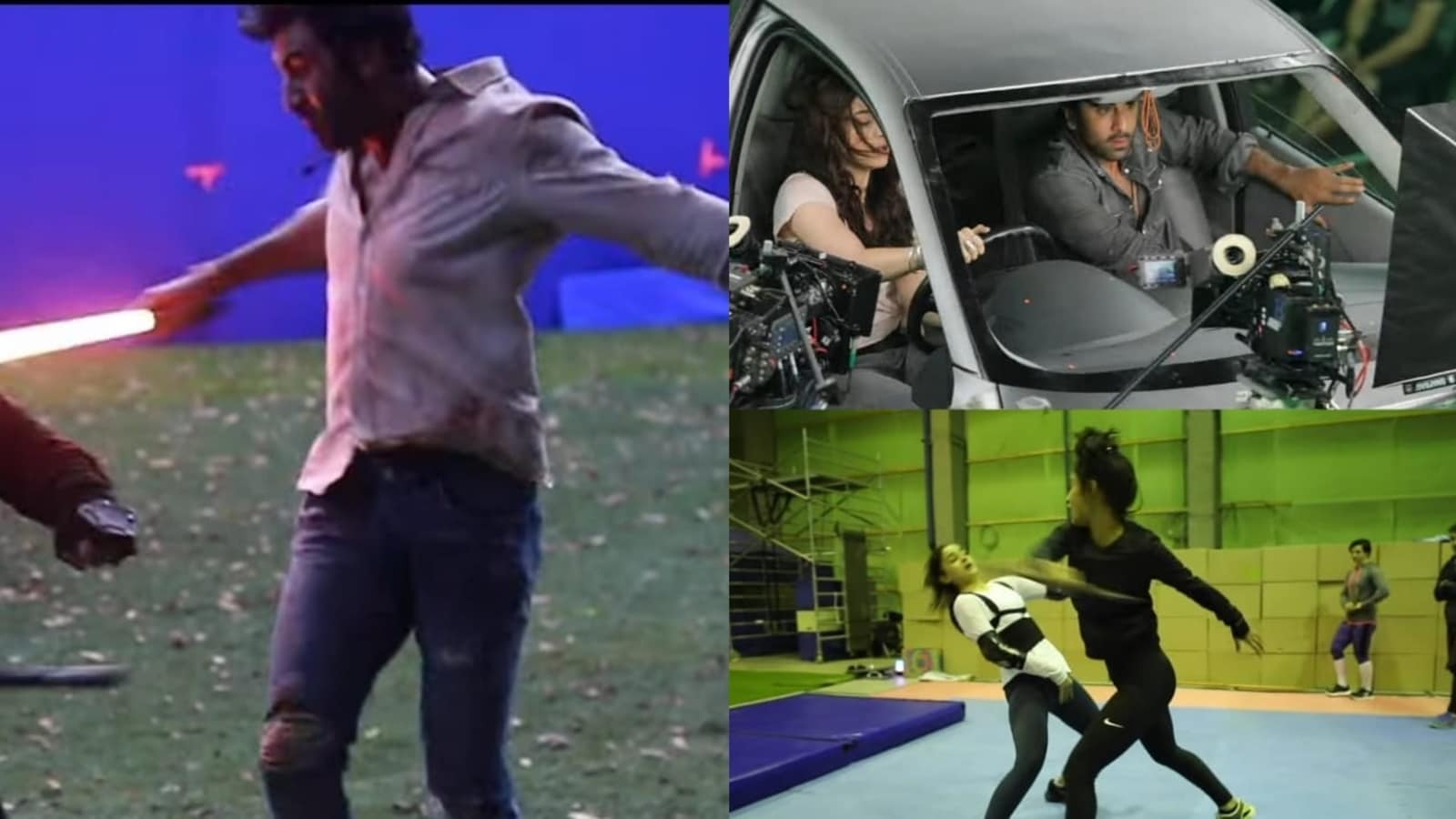 With five days to go for the release of Brahmastra, the promotions for the film have entered the endgame mode. On Monday, the film’s producer Karan Johar shared a behind-the-scenes clip from the film’s sets giving a glimpse of the action and stunt sequences of the big-budget production. The clip shows the lead actors Ranbir Kapoor and Alia Bhatt engaging in dangerous stunts and also Nagarjuna and Amitabh Bachchan performing fight scenes. Also read: Brahmastra new trailer: More action, more Shah Rukh Khan clues with a fiery Ranbir Kapoor

Karan shared the 29-second clip on social media on Sunday. “A journey of many years and now in just 5 days, it will all be yours,” he captioned the post. Director Ayan Mukerji shared the same post with the caption, “Where spirituality meets technology. Felt right to share some Behind-the-Scenes today, to celebrate so many years of growing through technology! (and hanging out with blue screens!)”

The video opens with Ranbir and Alia Bhatt prepping for some action sequences before we see shots of Ranbir fighting with some stunt performers and running on a treadmill in front of a blue screen. A shot then shows Alia and him practicing a stunt before the two sat in a car suspended and revolving up in the air for a shot. The video also had scenes of Amitabh Bachchan showing off his sword fighting skills and Nagarjuna engaging in some action.

Talking about the VFX and action sequences of Brahmastra, Ayan wrote on Instagram, “Yesterday was the first time, I saw every shot in Brahmāstra – finally finished, polished and ready for its audience. Very emotional moment for me, because of how long and challenging that journey has been, on every single shot, from the drawing board to the big screen!”

Fans appreciated the BTS look at the film’s grand action sequences. “Hope your dedication and hard work of 10 years pay off well,” commented one fan. Another wrote, “So excited to see an Indian film of this scale.” Many fans praised the actors for being involved in the fight scenes and stunts themselves.

Brahmastra is a fantasy epic mounted on a lavish budget of around ₹300 crore. The film – officially titled Brahmastra Part One: Shiva – is the first of a planned trilogy. The film hits the screens on September 9. So far, advance booking numbers have predicted a healthy opening for the film.