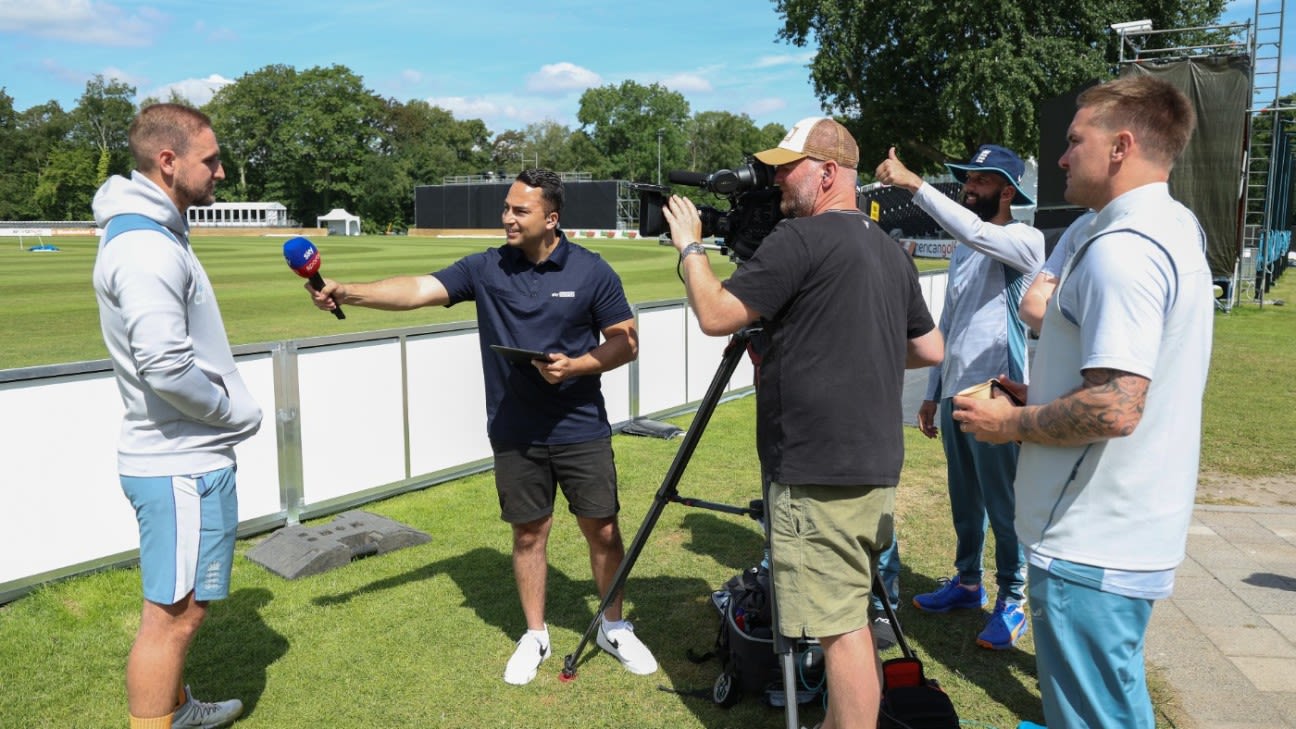 Well, it’s been a fun week on the continent. Records broken, press-box windows broken, and historical precedents smashed to smithereens too, with the ECB finally deigning to take on their nearest cricketing neighbours (as the crow flies from their respective HQs at any rate) in a full bilateral series.

The last rites get underway at 10am on Wednesday, and to judge by the events of the opening two games, a theme of damage limitation may well dictate the hosts’ gameplan. Twice they’ve given a decent account of themselves in spite of the evidence to the contrary – first in stretching their reply to England’s world-record 498 for 4 into the final over of the match, and then, on Sunday, in forcing their opponents to play it cool in a medium-sized chase, after a collapse of 3 for 9 in 3.1 overs briefly took the strut out of their stride.
But there’s no real sense that anything resembling an upset can be on the cards in a match that still carries World Cup Super League points and is therefore not a dead-rubber in the traditional sense of the word. Such is the strength in depth of England’s current white-ball set-up that there’s no room for any incumbent to coast through the contest – least of all England’s captain, Eoin Morgan, whose travails have been particularly scrutinised this week.
Certainly, the Dutch proved to have learnt a hasty lesson in choosing to bowl first after winning their second toss of the series on Sunday. Pieter Seelaar’s mid-series retirement meant that the captaincy passed to Scott Edwards, but his predecessor would surely have taken the same decision after watching how effectively England ransacked his attack in their opening game. Seelaar had doubtless bowled first in the hope of limiting Netherlands’ chase to the sort of 300-run region that had kept them in the hunt against West Indies earlier in the month. Thirty-six fours and 26 sixes later, such plans were out of the window.
Within the bigger picture, however, the narrative is already moving on from this pleasant little sojourn. It’s not unique for England’s white-ball and red-ball teams to play on consecutive days – that precedent was set in the Covid-bubble summer of 2020, when two similarly distinct squads lined up for an ODI against Ireland and a Test against Pakistan within hours of one another. But with the return of international cricket to Headingley, and the accompanying excitement of England’s Baz-ball era, it may take something approaching Friday’s fireworks to prevent this finale from sliding out of sight and out of mind.

Well, it’s hard to avoid the subject for long. Eoin Morgan has been the instigator of so much that is great about England’s recent white-ball cricket, and his place in the sport’s folklore is already guaranteed. But after a year of injury, absence, and insubstantial scores – culminating in this week’s back-to-back ducks in Amstelveen – he needs some urgent runs to assuage the swirling doubts. His team remain loyal to their agenda-setting leader, and there’s little doubt that his tactical acumen is still of value in the heat of battle. But another failure this week, allied to his stated desire to avoid back-to-back matches in the forthcoming series against India and South Africa, may ramp up the pressure for regime change. To add to the intrigue, he missed training on the eve of the game, seemingly to save his energies for the main event.
It’s been a series best judged by small gains for the Netherlands – Logan van Beek‘s maiden at the death of England’s run-chase on Sunday being a case in point – but one man who’s made a bigger impression than some is Bas de Leede, the son of former Netherlands allrounder Tim, who has twice chipped in with useful if unfulfilled innings in the middle order – 28 from 38 balls on Friday, and 34 from 41 on Sunday – allied to some energetic seam bowling that hasn’t yet earned him a wicket but has given England more of a hurry-up than others. At the age of 22, he has a real chance to take on board the learnings of a tough week, and come back stronger.

Netherlands will be boosted by the return of two of their county-based seamers, Paul van Meekeren and Fred Klaassen, who have been released from Blast duty by Gloucestershire and Kent respectively. Van Meekeren has not played for three weeks due to injury but is set to slot back into the side, while Klaassen – the pick of Kent’s bowlers in their defeat to Middlesex on Sunday – arrived in Amsterdam on Tuesday rather than attempting a mad dash from Canterbury on the morning of the game (a decision potentially influenced by the all-encompassing travel chaos around Schiphol Airport and the UK train network, as well as Kent’s struggles in the Blast) – and so is likely taking over from Vivian Kingma.

Brydon Carse impressed with his mid-overs hit-the-deck role on Sunday, and is worthy of retaining his place in the line-up in spite of the pre-series intention of using these games to build Sam Curran’s bowling workloads back up in the wake of his back stress fracture. Reece Topley, another England quick whose fitness requires careful monitoring, may be due a break after back-to-back games. Fellow left-armers Luke Wood and David Payne are waiting patiently to make their international debuts. Unless there’s a wholesale change to the balance of England’s team, there’s no reason to expect any alterations to the batting line-up.

After two matches on the same (record-breaking) strip of turf, a new pitch, two strips across, has been prepared for the final contest, one that would appear to be drier and therefore may offer more for the spinners on both sides – even Adil Rashid has struggled to make an impact so far with two wickets for 109 across 19 overs. After the dank conditions for Sunday’s game, the sun is set to make a return on Wednesday, with temperatures in the mid-20s Celsius throughout.

“They’ve both been around for a long time and they bring a lot of experience and knowledge. Whatever the team ends up looking like, we’re confident we can hopefully put in a good performance for this last game.”
Netherlands captain Scott Edwards hopes that Klaassen and van Meekeren’s inclusion can give England’s batting an extra challenge

“The thing that’s forgotten is that Morgs [Eoin Morgan] is an unbelievable leader. He’s the leader of our team and everybody knows that he’s only one score away so I’m sure that will come very soon and he’ll be off and running again.”
Liam Livingstone has no doubt that a return to form for Eoin Morgan is only a matter of time