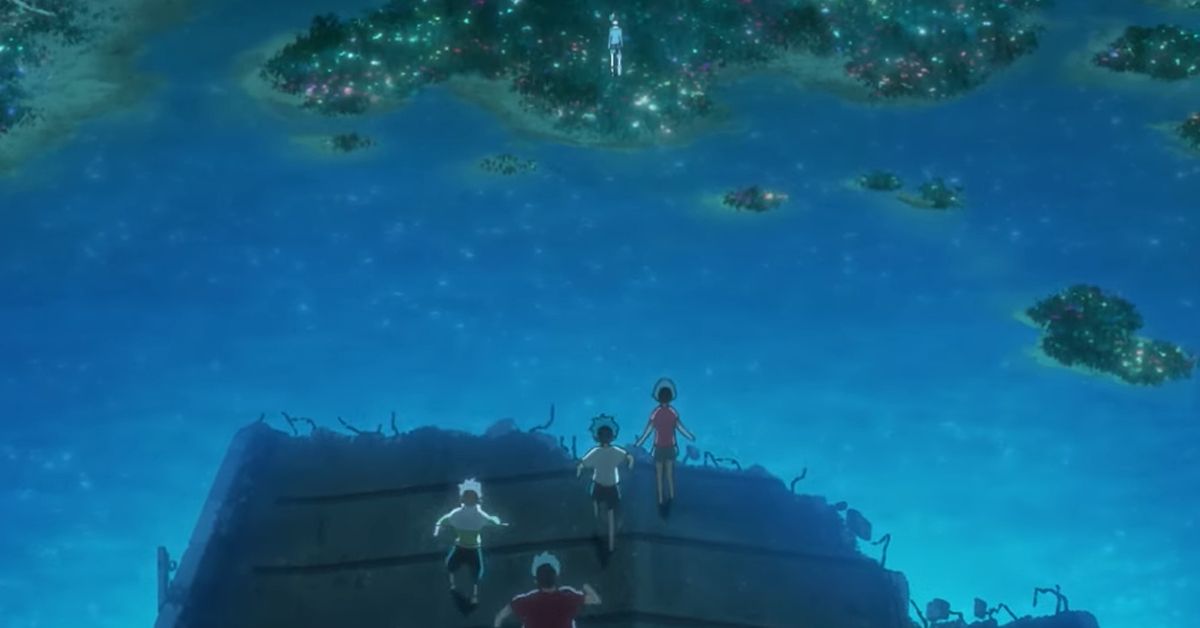 Netflix continues to bring gorgeous anime to audiences. The next contender is Drifting Home, a summer adventure story about a stranded group of children trying to survive in a flooded apartment building. The newly released teaser and synopsis can be found below.

“Raised like brother and sister, Kosuke and Natsume have been friends since childhood, but their relationship begins to strain in sixth grade after Kosuke’s grandfather Yasutsugu passes away. One day during their summer vacation, Kosuke and his classmates sneak into an apartment complex that is scheduled to be demolished, and rumored to be haunted. Both Kosuke and Natsume grew up there, so the place holds a lot of memories for them.

There, Kosuke stumbles into Natsume and is asked if he knows about the mysterious Noppo. But suddenly, they get caught up in a mysterious phenomenon. When they regain consciousness, they see a vast ocean before them. As the apartment complex drifts in a mysterious sea with Kosuke and the others on board, they band together to try and survive. There are tears and fights, and maybe even reconciliation. Will they be able to return to their previous world? A summer farewell journey begins…”

Related: How to Train Your Dragon: Every Movie & TV Series in the Animated Franchise, Ranked

A Summer Away From Home

Drifting Home will be the third feature film from Studio Colorido. The studio’s first theatrical film was 2018’s Penguin Highway, which follows a young boy as he tries to figure out why penguins are suddenly appearing in his home city. Penguin Highway was critically acclaimed from around the world for its beautiful and dreamlike animation. Penguin Highway continues to hold a 100% critics score on Rotten Tomatoes.

Colorido’s follow-up to Penguin Highway was 2020’s A Whisker Away, which told the story of a girl who finds a mask that changes her into a cat. The film made its debut on Netflix to similar critical acclaim for its sweet story. A Whisker Away currently holds a critic’s score of 93% on Rotten Tomatoes.

Drifting Home appears to be more of what fans love from Studio Colorido. Fantastical elements, beautiful animation, and a ton of heart. While the studio’s previous two films leaned more into fantasy, Drifting Away might feature more paranormal elements with that strange new kid that is discovered in the apartment, Noppo. Maybe they know the key to getting back home? We’ll have to wait and see in order to find out!

Caroline is a longtime admirer of film, music and the arts. She’s been giving movie opinions online (warranted or not) for over a decade, and putting those thoughts to Movieweb since early 2021.