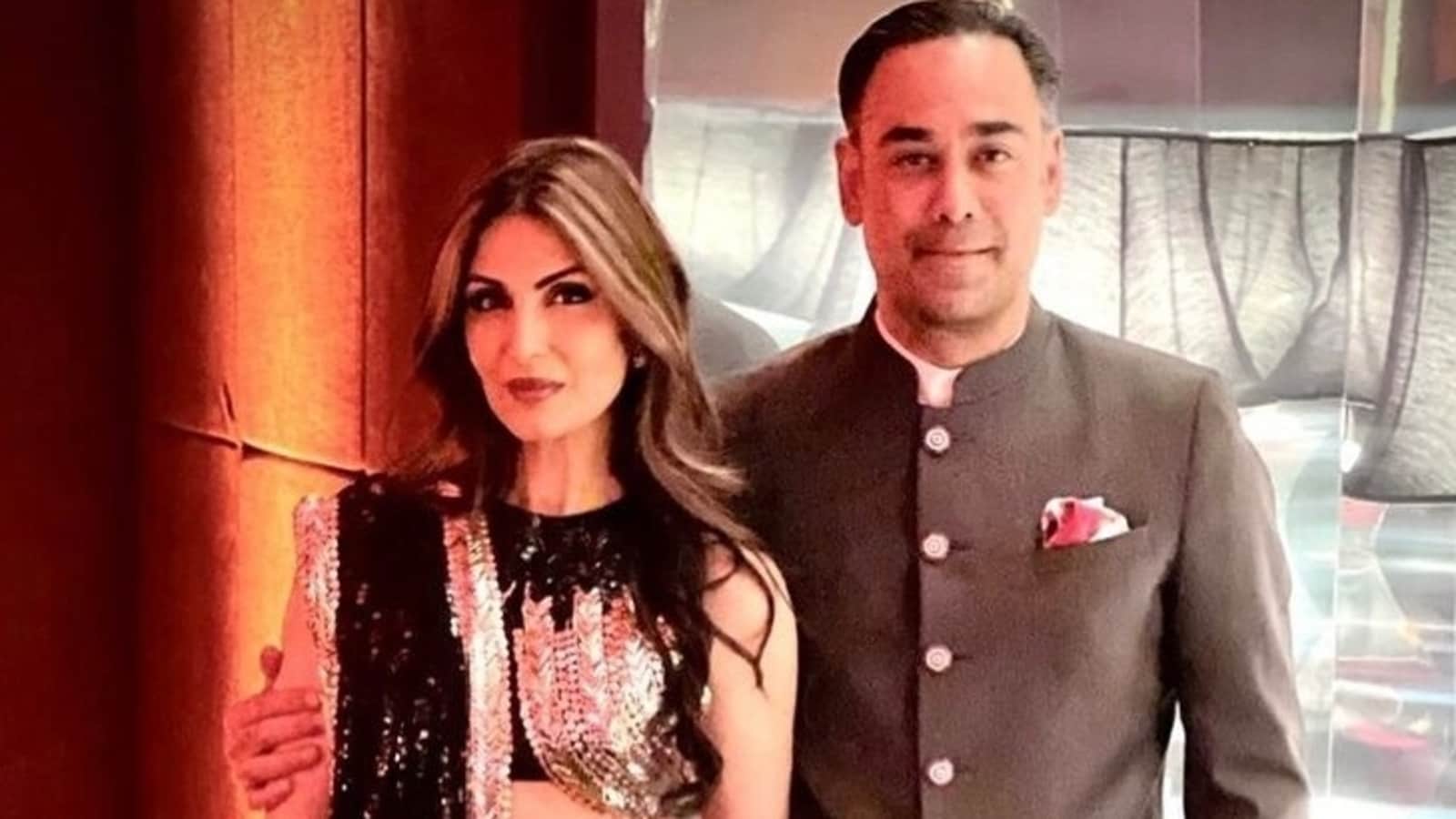 Neetu Kapoor took to Instagram and shared picture of daughter Riddhima Kapoor Sahni and son-in-law Bharat Sahni on their wedding anniversary. The couple marked their 17th wedding anniversary on Wednesday. In the picture, both of them looked their best in traditional outfits. Neetu called them ‘my loves’ and sent them ‘blessings’ on their special day. Riddhima got married to Bharat in 2006. (Also read: Neetu Kapoor’s son-in-law Bharat Sahni jokingly threatens paparazzo after Alia Bhatt-Ranbir Kapoor party: ‘Bahar nikal’)

Taking to Instagram Stories, Neetu shared a happy picture of Riddhima with her husband with Bharat. Riddhima decked up in silver-black glittery lehenga, and carried a matching clutch purse. She kept her hair untied. Bharat sported a coat with white pyjama. Both of them smiled, and looked straight into the camera from a party.

Riddhima is the daughter of late actor Rishi Kapoor and Neetu Kapoor. She is a jewellery designer by profession. She has a younger brother named, Ranbir Kapoor who made his career in acting. He is married to Alia Bhatt. The couple welcomed their first child-daughter Raha in November 6, last year. Riddhima and businessman Bharat got married in 2006, after four years of being together. They met while studying in London. The two were blessed with daughter Samara Sahni in 2011.

Neetu welcomed New Year 2023 with daughter Riddhima and granddaughter Samara along with son-in-law Bharat in Dubai. Taking to Instagram Reels, Neetu shared a clip from New Year’s Eve. She sported a black top with glittery pants and a pair of black shoes. Riddhima opted for black leather co-ords for the party. Riddhima and Neetu held Bharat’s hands and walked inside the venue. Bharat wore white coat with black pants. Sharing captioned the video, “Wishing everyone a Happy magical 2023 (flower and double pink heart emojis).”

On the work front, Neetu was last seen in Jugjugg Jeeyo alongside Anil Kapoor, Kiara Advani and Varun Dhawan. The film was a hit at the box office. She will play actor Sunny Kaushal’s mother in the upcoming film Letters To Mr Khanna in 2023.