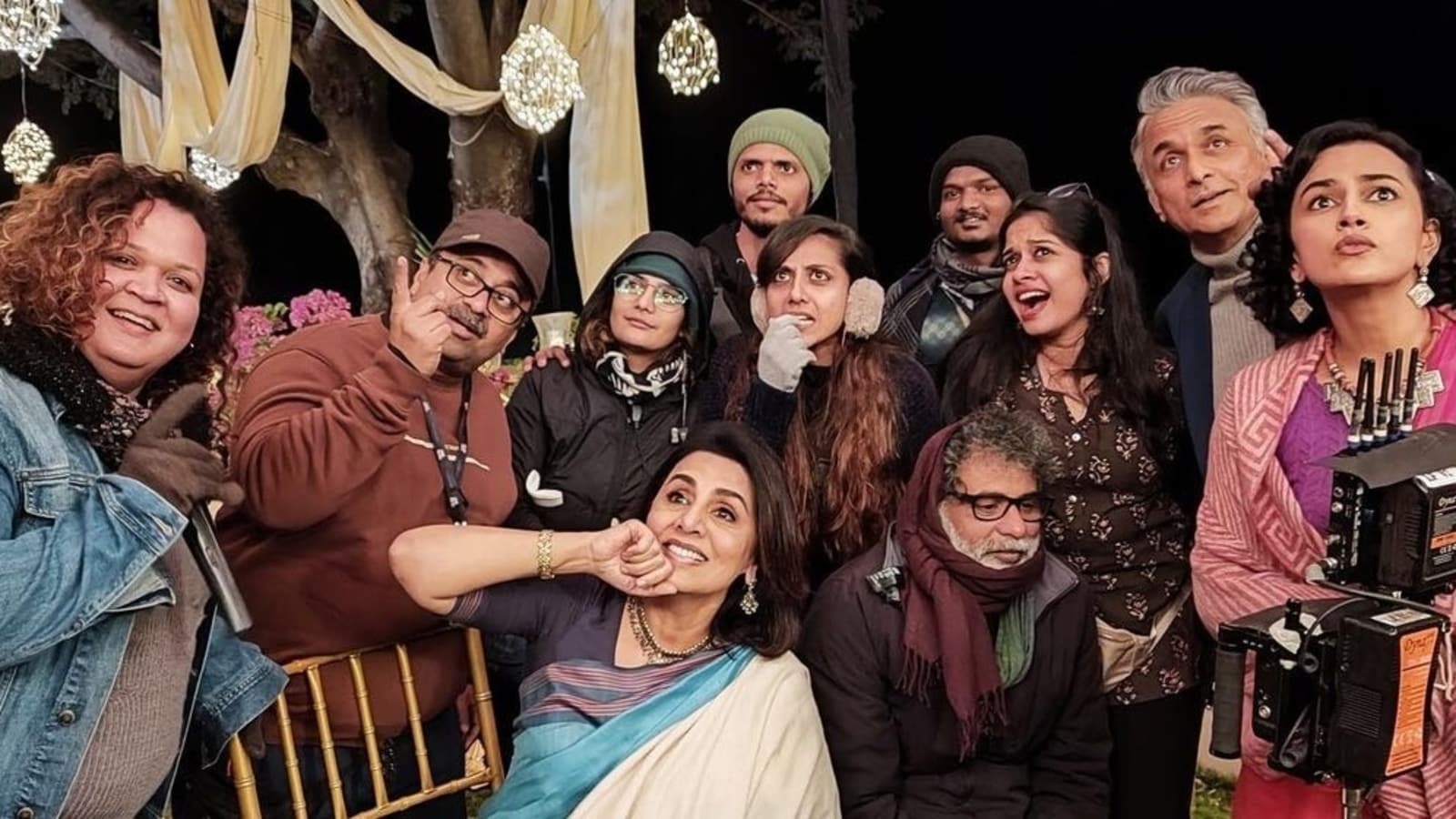 Neetu Kapoor has shared a picture from the sets of her next film Letters to Mr Khanna. She is seen in a saree with a smile on her face, while being surrounded by other crew members who too pose happily for the camera. However, she revealed the truth behind the happy faces in the caption. Also read: Neetu Kapoor shares old pic of Rishi Kapoor and Ranbir Kapoor inside Jaipur temple, visits it again ‘after 30 years’

A fan wrote in the comments section, “Fake smile at 4 a.m. in freezing weather still you’re looking so gorgeous.” Another wrote, “4am and in the rain. And yet you look stunning as ever. God bless.”

A friend also wrote a note for Neetu. It read: “Passion, determination and enthusiasm even at this age is something all of us must learn from you. All this hard work will surely be recognised when the silver screen lights up with your presence. It has always been a delight to watch you no matter how long or short your screen presence is. From shooting in the horrible heat of a summer afternoon to dancing in freezing weather at 4 am, you all artists do all this for delivering some beautiful content to us- the viewers. Much respect to you, also, you in a saree.”

Letters to Mr Khanna also stars Sunny Kaushal and Shraddha Srinath. It is being directed by Milind Dhaimade and revolves around a mother-son relationship.

Neetu had flown to Jaipur for the film shoot after spending some time with newborn granddaughter Raha. Alia Bhatt revealed the “wise” dadi Neetu Kapoor came up with the name for her and Ranbir Kapoor’s daughter.

After the death of husband Rishi Kapoor, Neetu made her comeback to acting with Jugjugg Jeeyo this year. The Raj Mehta directorial was a family drama also starring Anil Kapoor, Varun Dhawan, Kiara Advani, Maniesh Paul and Prajakta Koli.