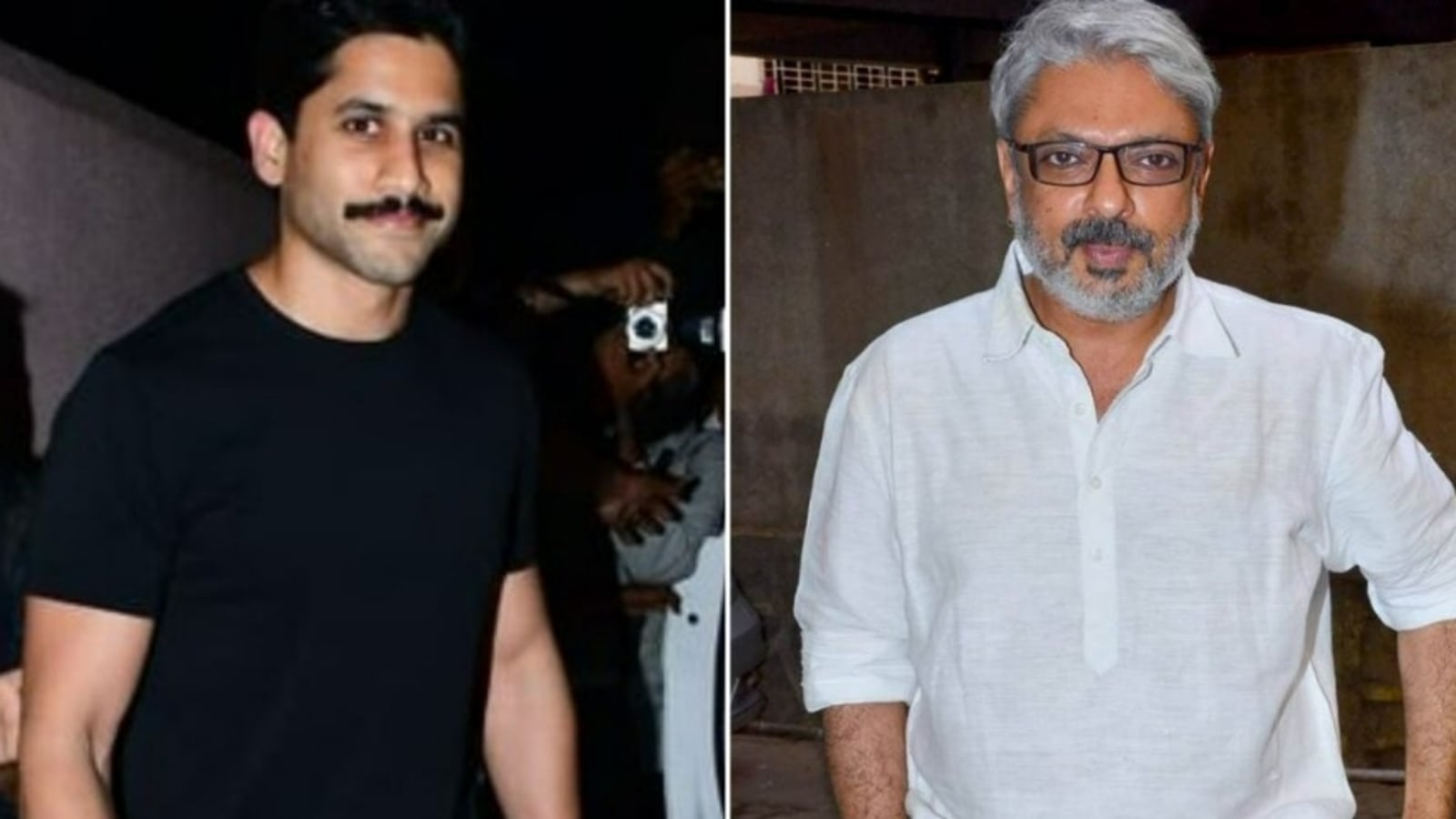 Naga Chaitanya was seen leaving Sanjay Leela Bhansali’s office in Mumbai on Tuesday. The actor’s fans want him to work in Devdas made by the filmmaker. Chaitanya’s grandfather Nageswara Rao had starred in the Telugu version of the film, Devadasu, which released in 1953.

Naga Chaitanya, who is busy with the promotions of Aamir Khan and Kareena Kapoor-starrer Laal Singh Chaddha, was spotted leaving filmmaker Sanjay Leela Bhansali’s office in Mumbai on Tuesday. Pictures of Chaitanya outside Bhansali’s office were widely shared on social media and his fans have reacted by requesting the filmmaker to make Devdas with the actor. Chaitanya’s grandfather Nageswara Rao had originally starred in the Telugu version of Devdas, many years ago. Read more: Naga Chaitanya rejected Bollywood films as he was ‘insecure’ about his Hindi

The 1953 film, Devadasu, is still considered one of the most iconic films of Telugu industry. In the comments section of a tweet with Naga Chaitanya’s latest outing in Mumbai, a fan wrote in Telugu, “Ask Bhansali (Sanjay Leela Bhansali) to make Devdas with him.” Another one wrote, “Bollywood’s biggest (filmmaker) finally extracting our hidden gem.” Chaitanya was seen wearing a black tee and a light brown khaki chinos in the pictures that were shared on paparazzi and fan pages on Twitter and Instagram.

Chaitanya was recently seen in the Telugu film Thank You. In his next film, Laal Singh Chaddha, he plays a key role. Chaitanya had joined the cast as a replacement for actor Vijay Sethupathi, who was originally signed to play the character. He will be seen playing Aamir Khan’s close friend in the movie, which will mark Chaitanya’s Bollywood debut. His portion was shot for over a month in Ladakh. Laal Singh Chaddha is the Indian adaptation of Tom Hanks’s Forrest Gump. Chaitanya will be seen playing the character of Benjamin Buford Blue aka Bubba.

Chaitanya will soon commence working on his upcoming Tamil-Telugu bilingual film with filmmaker Venkat Prabhu. This was the first project he had signed after his separation from his ex-wife Samantha Ruth Prabhu. Last year, Chaitanya was seen in Telugu romantic drama Love Story, which went on to become one of the biggest hits of his career. The film, directed by Sekhar Kammula, also starred Sai Pallavi.