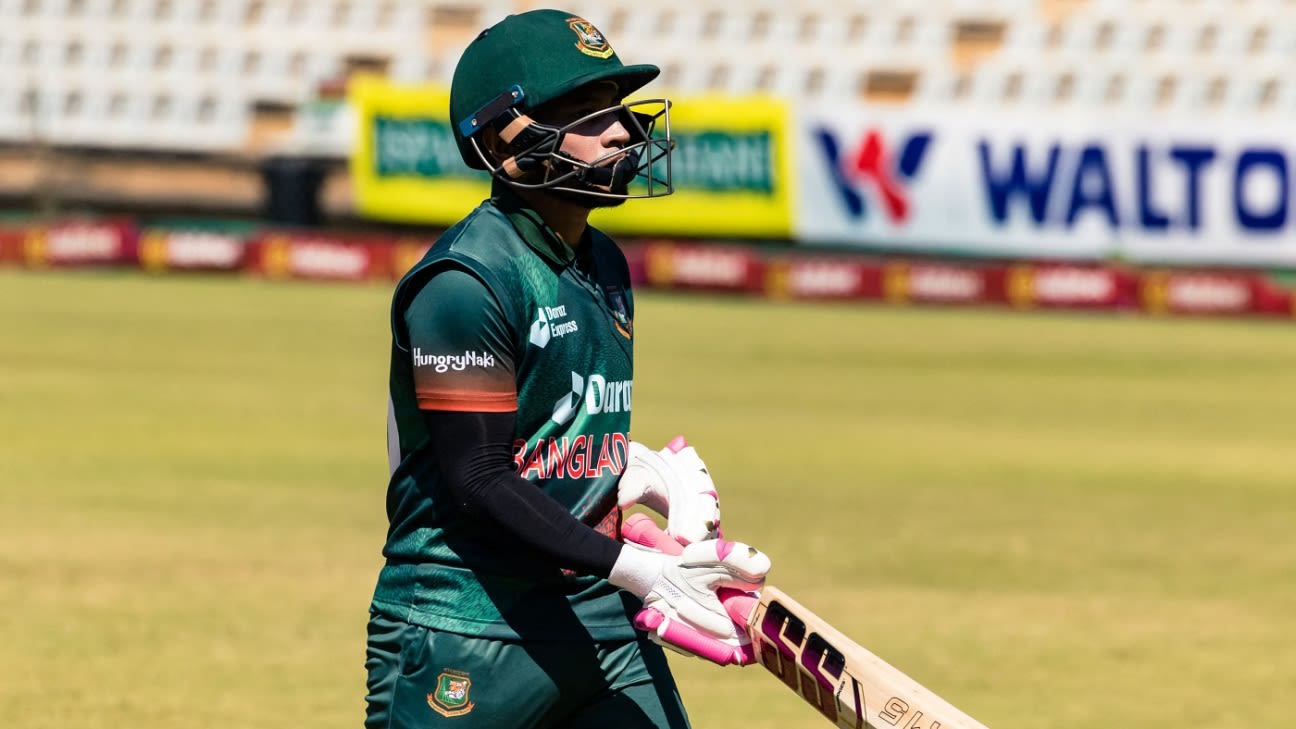 Bangladesh wicketkeeper-batter Mushfiqur Rahim has announced his retirement from T20Is to “focus on Test and ODI formats of the game”. He made the announcement in a post on his official Facebook page on Sunday. His decision comes soon after Bangladesh’s exit from the ongoing Asia Cup, where they lost both first-round games to Afghanistan and Sri Lanka.

“Today, I am announcing my retirement from T20 Internationals,” Mushfiqur, 35, wrote. “I will proudly continue to represent Bangladesh in Test and ODI formats. I am hopeful that I can bring success for our nation in these two formats. I will continue to take part in Bangladesh Premier League (BPL) and other franchise tournaments.”

Mushfiqur’s scores of 4 and 1, and a crucial dropped catch of Kusal Mendis against Sri Lanka, brought back the spotlight on his place in the T20I team.

Given his poor form in the format, the BCB was reportedly prepared to drop Mushfiqur from Bangladesh’s T20 World Cup plans. The Bangladesh contingent will be leaving later this month to play in a T20 tri-series against New Zealand and Pakistan in New Zealand, with the same squad expected to be announced for the T20 World Cup in Australia next month.

Mushfiqur has endured a poor run of form in T20Is for nearly three years now, having scored only two half-centuries since November 2019. At last year’s T20 World Cup, he made 144 runs in eight innings, at a strike rate of 113.38. He was “rested” for the T20I series against Pakistan that followed. However, he had claimed that he was dropped, after which he was summoned to a meeting by the BCB.

He then played a single T20I against Afghanistan before skipping the West Indies tour for personal reasons. He was rested again for the T20Is against Zimbabwe in July, before being picked for the Asia Cup. Mushfiqur’s wicketkeeping has also come under criticism in recent times.

However, he has been a consistent performer in both Tests and ODIs. During the same period of his T20I decline (since November 2019), Mushfiqur has averaged 54.81 in 15 Tests, scoring three centuries including a double-hundred. He has always remained an ODI mainstay, averaging 42.12 in 20 matches.

Mushfiqur becomes the second player from Bangladesh to recently retire from the shortest format, with Tamim Iqbal having retired in July.