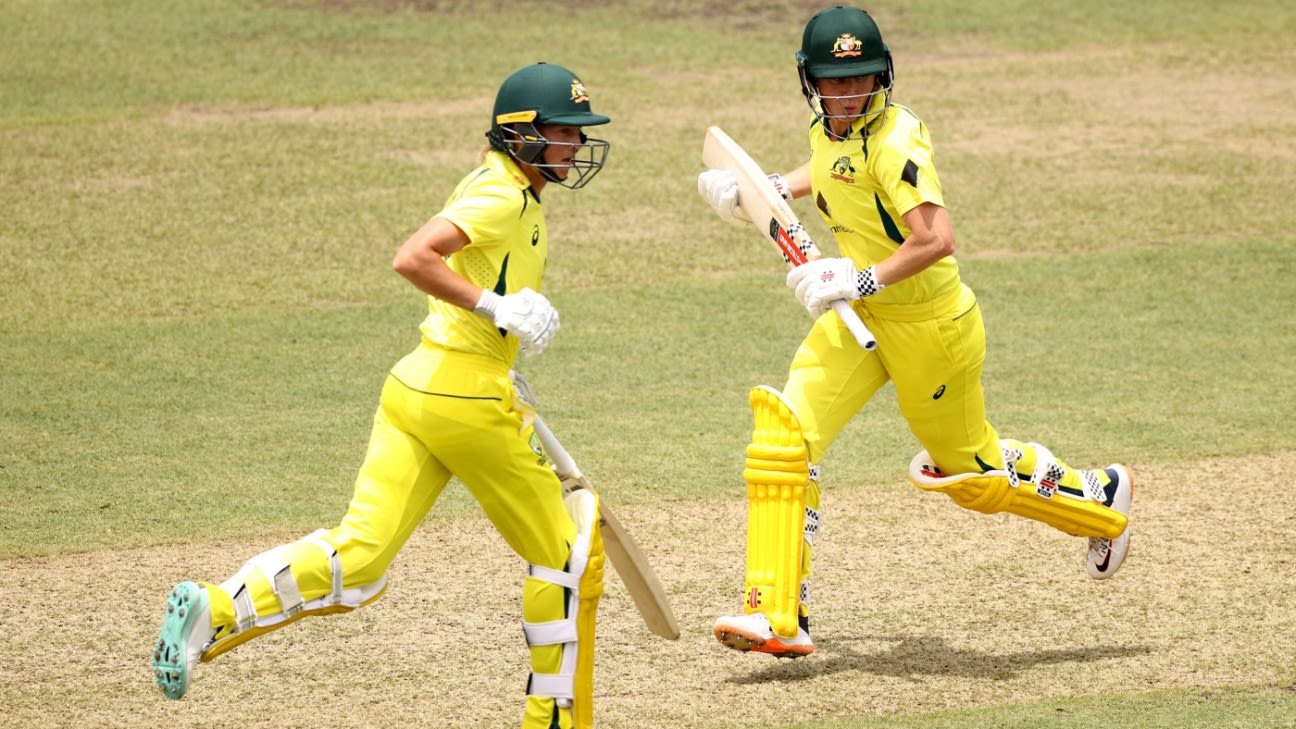 Beth Mooney‘s highest score in international cricket has helped Australia post 336 for 9 in the third and final ODI against Pakistan in North Sydney.
In a brutal display of hitting, Mooney monstered 133 off 105 balls as Meg Lanning also capped off her series return with 72 from 70 as Australia pushed for a clean sweep.

Annabel Sutherland hit 26 from 13 before a late collapse of 3 for 1, but Australia still managed to reach their highest score on home soil this century.

Scratchy at first, Mooney eventually unleashed on Pakistan’s attack with Tuba Hassan copping the worst of the punishment on ODI debut.

The Queenslander hit the legspinner for three straight sixes over the legside – one landing on the top of the roof of the O’Reilly Stand and another bouncing off it and onto the road.

Another six off the spinner was down the ground while she brought up her third ODI hundred when she hit Hassan behind square for four.It came after Mooney scored 16 from her first 37 balls, before striking 117 from her next 68.

Mooney wasn’t alone in handing out the punishment as Hassan finished with 0 for 69 from six overs. Lanning hit the 22-year-old into the window of the commentary box to bring up her own 50.

Australia’s captain was also clinical against the quicks, cutting the ball whenever she was offered any width as Pakistan’s bowling waned after a tight start.

Earlier, Phoebe Litchfield was dismissed for the first time in her ODI career, bowled for nine by Fatima Sana (3-53) after unbeaten scores of 78 and 67 in Australia’s wins in Brisbane.