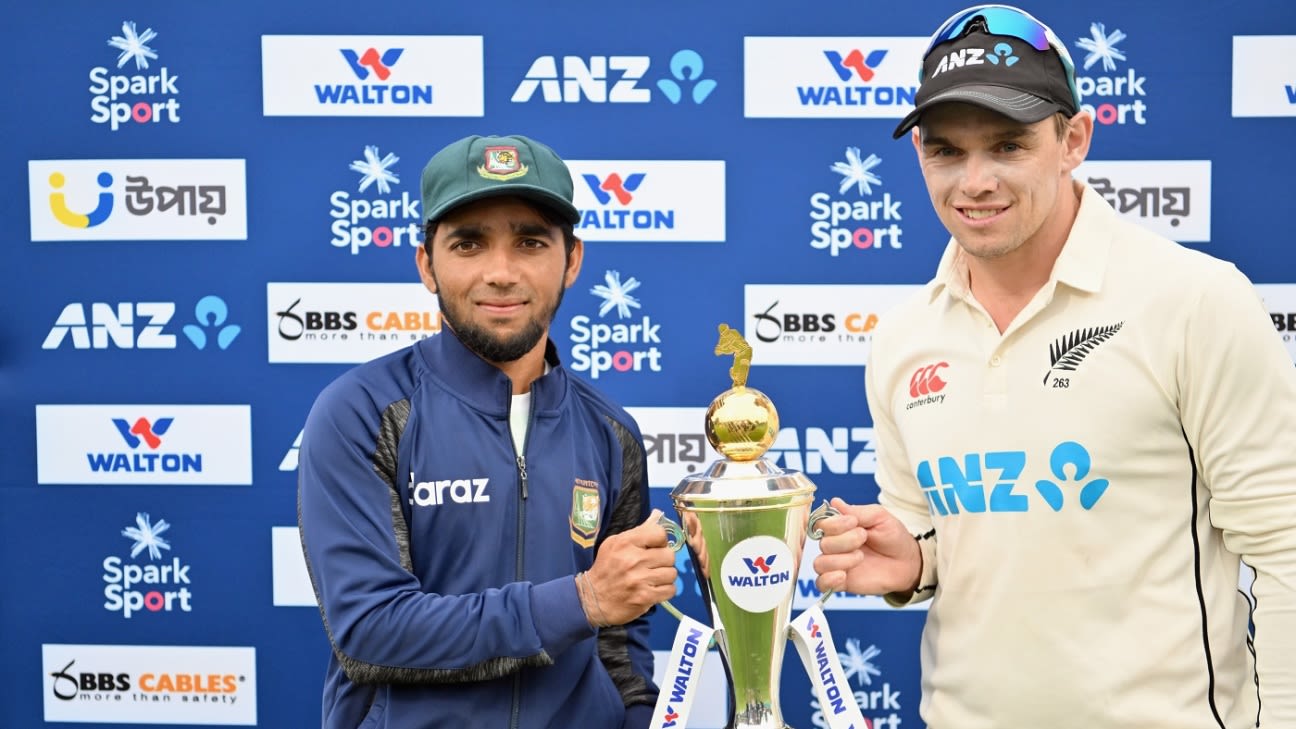 Bangladesh Test captain Mominul Haque has warned that his team will face more “aware” opponents in the coming months after their drawn series against New Zealand. It was the first time in four years that any team has beaten New Zealand in a game at home, and although the Tom Latham-led side hit back with a big win in the second Test, Bangladesh got out of the tour with an enhanced reputation.

“A lot of challenges await us as a team this year,” Mominul said. “Everyone, including the opponents, had assumed that we wouldn’t do well abroad. This series will create more awareness about us. We have Test series against South Africa, Sri Lanka, and West Indies [in the next six months]. It won’t be easy for us. We have to accept the challenges and continue well.”

Mominul said that instilling the belief that they can win an overseas Test is their biggest gain from this tour. Bangladesh’s previous wins on foreign land was when they beat a severely weakened West Indies in 2009 and twice in Zimbabwe in 2013 and 2021, but otherwise this was their first win over a dominating cricket team.

Mominul said that his insistence that a wholesome team effort usually brings his team success was proved in Mount Maunganui when nearly all eleven members contributed to the eight-wicket win.

“I got the captaincy at a very tough moment. I always dreamed of winning against big teams. But that belief has to be visible. I think winning the first Test match was important for us to believe in our capability of winning overseas. We will one day win a Test series abroad.

“So, getting that belief, for myself, the team and even for you, was a significant step. There are many positives. I always stress on a combined team effort, which I always believe brings us wins,” he said.

Mominul however lamented the way his side went down in Christchurch, bowling and batting poorly in the first innings, before Litton’s 102 in the second innings gave them something to cheer about.

“We couldn’t bowl up to the mark in this Test. We batted poorly in the first innings. Only Yasir Ali Rabbi made a fifty and Sohan made a forty. I should have stepped up as the senior player and captain. Litton played an outstanding knock in the second innings. Sohan also did well. There were some positives,” he said.