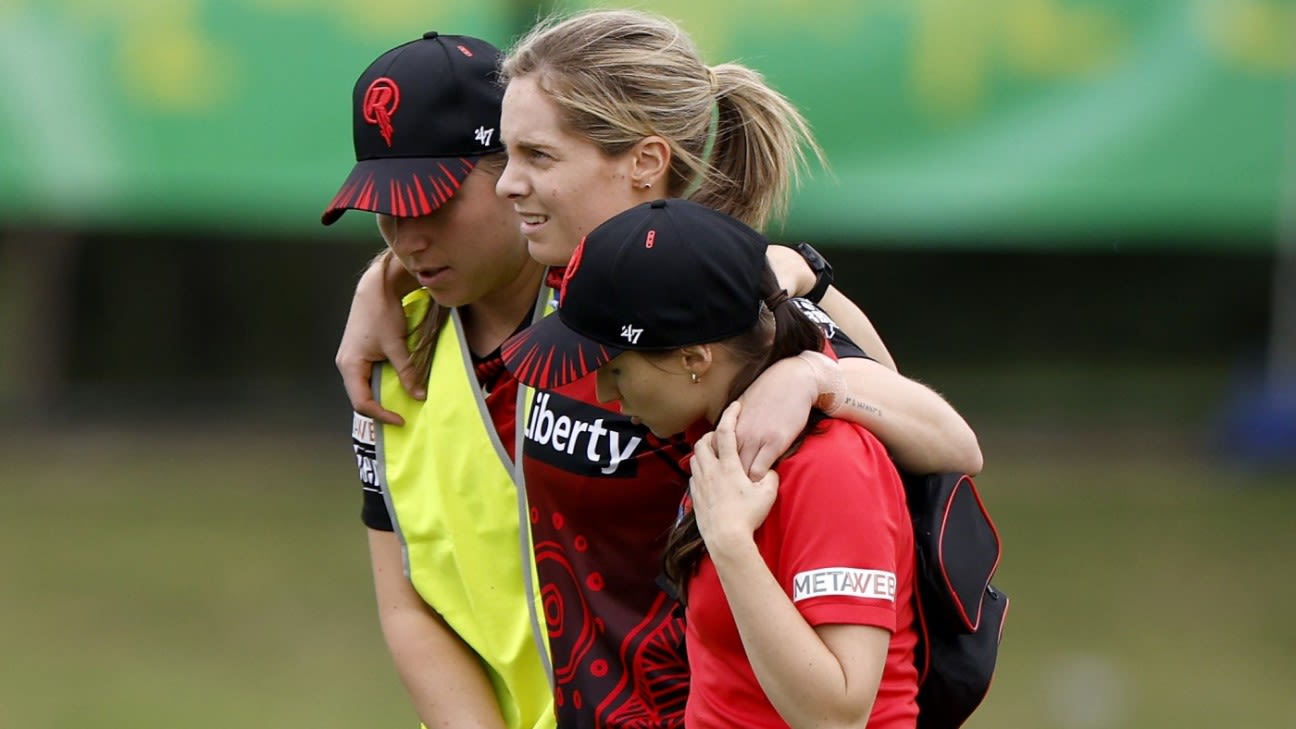 Australia allrounder and Melbourne Renegades WBBL captain Sophie Molineux is set to be sidelined for up to 12 months after rupturing her anterior cruciate ligament on Sunday.

Molineux suffered the injury in the field during Renegades loss to Perth Scorchers at the Junction Oval in Melbourne. She will require surgery to repair the ruptured ACL in her knee which will likely see her sidelined for up to 12 months.

Molineux has had a rotten run with major injuries this year. She missed both Australia’s 50-over World Cup triumph in New Zealand and the Commonwealth games triumph in Birmingham after suffering a stress fracture in her foot. She was also dropped off the CA central contact list due to injury.

“It’s disappointing for Sophie after she has worked so hard to come back from recent injuries and having such an outstanding start to the domestic season including scoring her first WNCL hundred,” Cricket Victoria’s head of female cricket Sharelle McMahon said.

“Sophie continues to set the example for the rest of the squad and we have no doubt she will demonstrate that in her rehabilitation and recovery from this setback. We’re right behind Sophie in her recovery, we’ll provide our full support in any way we can.”

Melbourne Renegades general manager, James Rosengarten, said. “Our thoughts are with Sophie, and we will do everything we can to support her now and through her recovery period. Sophie had put in a power of work over the winter to return from her foot injury and has been a fantastic leader for our team this season. We know Sophie will bounce back from this latest setback and we’ll be there with her every step of the way.”