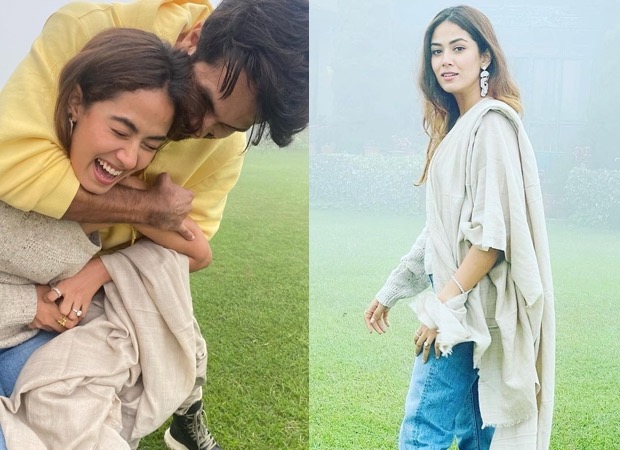 Mira Rajput, Shahid Kapoor’s wife, celebrated her 27th birthday on September 7. Despite being absent from social media for the majority of her birthday, she published a slew of photos on Wednesday, implying that she and her family were on a trip on her big day.

She published a photo of herself posing in an open space on Instagram. Mira was photographed in a pair of denims with warm clothing, surrounded by trees and mist. She went on to show a few photos of the flowers in the yard, as well as a home that appears to be a nursery.

Mira also posted a photo of two picnic baskets laying next to each other. Unfortunately, neither her husband Shahid nor her children Misha and Zain were featured in the post. Mira added a couple of heart emojis and a balloon emoji to the post. Her Instagram Stories had previously suggested the mysterious location.

Mira shared a video of pine trees, covered in fog, and penned a thank you note for all the birthday wishes. “Thank you everyone for your warm wishes, enjoyed a DND day after ages,” she said in the post.

Shahid wished her on her birthday by posting a few photos of the couple on Instagram. “Not just to share your joys but to share your sorrows too. Not just for every day we smile in each other’s arms but on the days we cry in each other’s arms. You are the centre of my world. And I wouldn’t want it any other way. Happy happy birthday,” he said. The pictures appeared to have been taken during the trip.