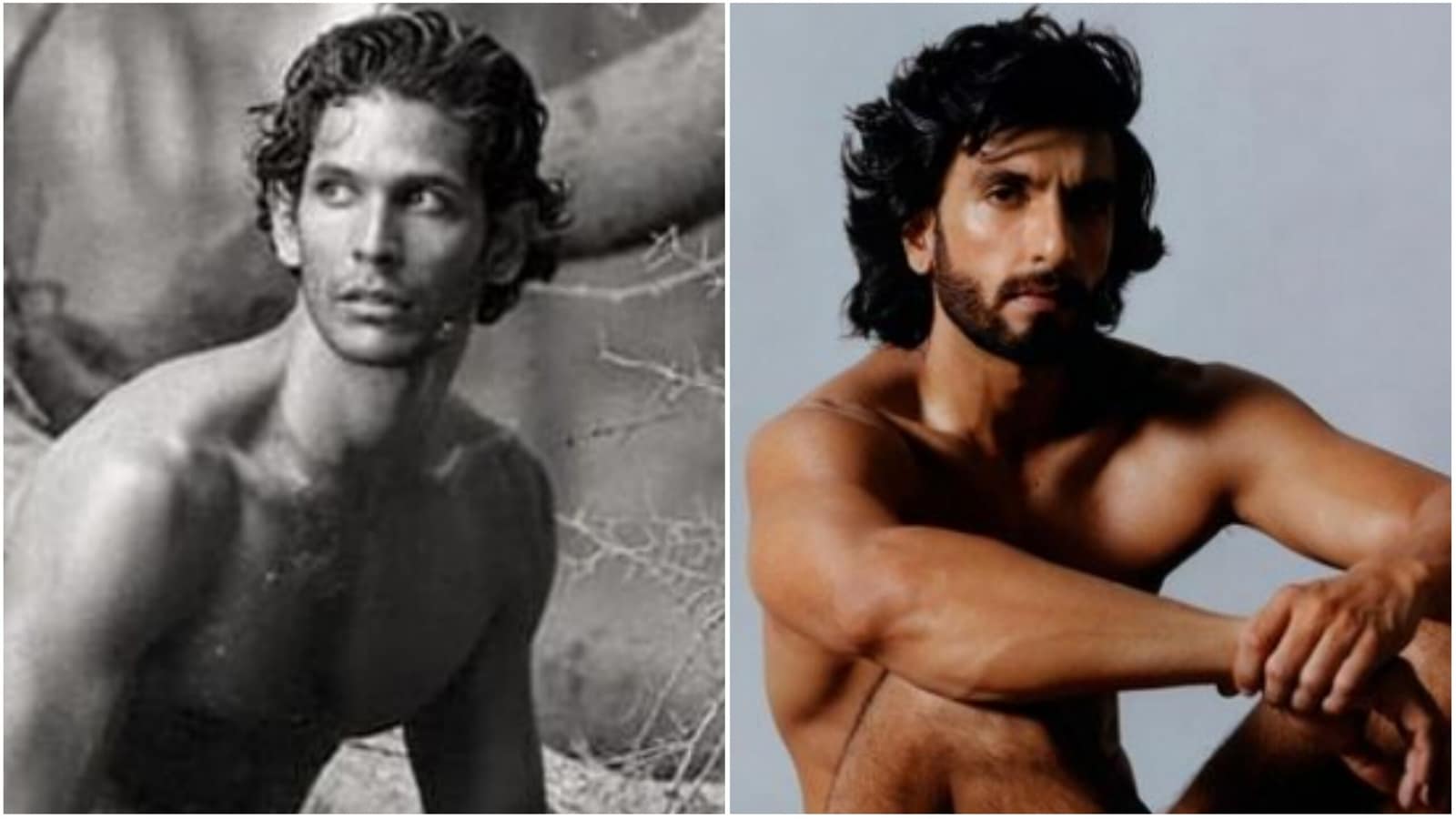 As Ranveer Singh’s nude photoshoot recently created a storm on the internet, many were reminded of Milind Soman, who had left people talking after posing nude for a controversial advert over 25 years ago. While an FIR has been filed against Ranveer for ‘hurting sentiments,’ cases were filed against Milind also, which were in court for 14 years before a judgement was announced. Also Read| Parineeti Chopra, Vaani Kapoor defend Ranveer Singh’s nude photoshoot

Milind and his then-girlfriend Madhu Sapre had posed naked for the print advert for Tuff shoes in 1995, with nothing but a python wrapped around them and the shoes being their only accessory. Prior to that, Milind had posed nude in another photoshoot in 1991. In 2020, he shared a picture of himself running nude on a beach in Goa to mark his 55th birthday, and was booked again for promoting obscenity.

It didn’t come as a surprise when social media users started sharing Milind’s nude pictures after Ranveer Singh posed naked for a photoshoot for Paper magazine. Milind himself shared some of these fans’ posts on his Instagram Stories and reacted to the controversy with cryptic posts on his Twitter account. He spoke about it in detail in a conversation with Hindustan Times as he noted that times have not changed in all these years.

He explained, “Nothing has changed because human beings don’t change. Since ancient times, people would have been talking about stuff that they like or don’t like. And there’s no time in history where everybody would have liked everything. So people would have objected. Even in the times when Khajuraho was carved, we love it today and we say it’s beautiful and part of Indian culture, but maybe some people objected (back then). But the king liked it so it was there. And today, we hear everybody’s voice, not just the king’s. We think 20 years ago there was not so much noise, but that was because we could not hear people’s opinions, now we can because of the internet and social media. Today we can hear everybody’s voice.”

Milind added, “If you look at Raja Ravi Varma, the famous Indian painter, there was a case against him more than a hundred years ago. And it was on similar lines, on what some people considered obscenity in his depiction of Indian women in his paintings. The same Indian law, because I don’t think that has changed very much either. There’s nothing else that is happening. People are talking, but people always talk. It’s just that nowadays we can hear everybody. That’s all.”

Milind had to fight a court battle for 14 years before he was acquitted in a case in connection with his nude advert for Tuff shoes. In interviews given around the time the case was filed, Milind had said that he would not have done the photoshoot if he knew the controversy it was going to create. Explaining his stand, Milind said that it was more about the legal aspect, rather than people’s reactions to it, which made him say he regretted doing the photoshoot.

He said, “I won’t do that again. There was a case that went on for 14 years. The issue was the representation of women. It wasn’t that we were naked or not naked or whatever. It was about how women are represented. That was the major aspect of the case at that time, according to me. So there are various aspects of the law that deal with this subject. So we have to see which ones are relevant and if they are actually relevant. Because finally, you don’t want to do something that’s illegal.”

Milind added, “It wasn’t about people talking when I said if I had known I wouldn’t have done it. It was about the legality. Even at that time, I wouldn’t have been concerned that people are talking. Of course, people talk. Kuch To Log Kahenge (people are going to talk something or the other) is a very famous song. That would not have bothered me, but I don’t want to do something that is illegal.”

Milind was recently seen in the music video of Akasa and Aasta Gill’s Shringaar, which marked his first music video since the popular classic Made In India (1995) by Alisha Chinai. He is currently preparing for the Delhi edition of a 5km long marathon Lifelong Fight Lazy Run, a movement started by Milind aimed at encouraging people to push themselves to be their fittest versions.