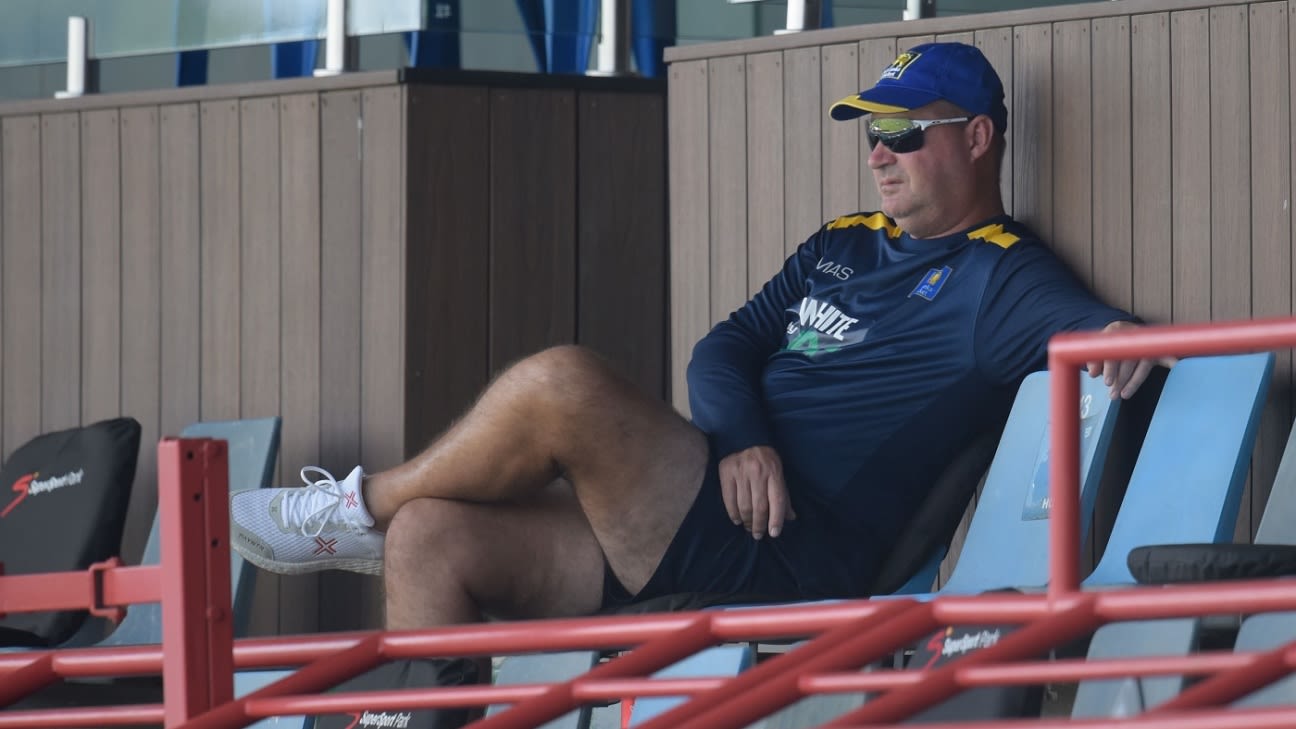 The Test series remains unaffected, with the first match starting on Sunday

Sri Lanka fielding coach Shane McDermott has tested positive for Covid-19 days out from the start of the first Test between Sri Lanka and the West Indies in Galle starting November 21. He is now self-isolating, away from the team hotel.
McDermott’s was the only positive result from a round of testing that saw all players and staff tested, however he is understood to have been in close contact with head coach Mickey Arthur, batting coach Grant Flower and physio Brett Harrop – all of whom are self-isolating as well.

While the coaching staff had been training with the national team in Galle in recent days, according to the head of Sri Lanka Cricket’s Medical Committee Prof. Arjuna De Silva, none of the players are being considered as close contacts.

“There has been no direct contacts when it comes to the players,” De Silva confirmed. “Anti-body tests will be done on the close contacts tomorrow, while another round of testing will be conducted prior to the start of the first Test.”

All of Sri Lanka’s players and coaching staff are double vaccinated, and as such there is little chance of the start of the first Test being impacted, he added.

This is not Sri Lanka’s first run-in with Covid-19. Ahead of their tour of the West Indies at the start of the year, Arthur and three players tested positive, while a video analyst and Flower tested positive ahead of a home series against India in July.

The latest case comes amid a gradual reopening of the country in recent weeks following a largely successful vaccination drive that, according to government estimates, has seen over 90% of those over 20 years of age double vaccinated.

It also follows the end of a near six-week long lockdown implemented at the height of Sri Lanka’s third wave midway through August. Nearly 5,000 daily infections were being reported at the time, however by the time the lockdown was lifted on October 1 that number had dropped to around 1,000, before dropping to as low as 500 by mid-October.

Recent weeks however have seen case numbers slowly creep up, with the adherence to health guidelines growing increasingly lax among the public – particularly in the densely populated Western Province.