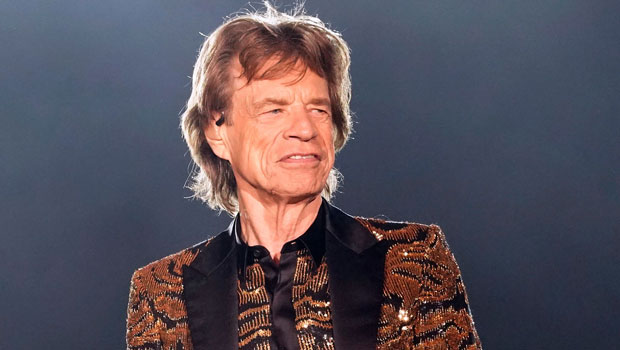 Moves like Jagger! Mick Jagger‘s youngest child, son Deveraux Octavian Basil just turned five, and he is the spitting image of his father! In a photos shared to Instagram, which you can see here, Mick’s girlfriend, Melanie Hamrick, 34, showed off the son she shares with the Rolling Stones front man, celebrating the child’s fifth birthday. “HAPPY BIRTHDAY to our Wonderful Beautiful Boy Devi!!!!!!!!!!” the ballet dancer wrote in the caption. “[T]he big 5.”

In the first photo in the series, Deveraux was seen jumping in the air and smiling with glee, wearing a white button down shirt, grey pants, and white sneakers. The 5-year-old appeared to be at a formal event or a wedding, goofing off and looking adorable as ever. In the second shot, the little boy was seated at what seemed to be a church pew surrounded by numerous other people, looking perfectly dapper in a suit with a white rose pinned on the pocket and holding a fan. The photos show a young Deveraux who looks like the spitting image of his father, with blonde, shaggy hair, bright blue eyes, and those signature Jagger lips.

Melanie and Mick have been dating since 2014 and the couple became more serious when they welcomed Deveraux in 2016. Although Melanie doesn’t share too many photos of her son to her IG, she and her “Start Me Up” singer beau have been spotted on private and professional outings together. Although Melanie has worked as a choreographer and ballet dancer for years, she put her career on hold while carrying Mick’s child and retired in 2019 after 15 years to focus on being a mom.

The couple, who have been together for almost eight years, reportedly met in Japan while the Rolling Stones and the American Ballet Theatre were both touring in the country, per Page Six. Back in July, Melanie shared another rare photo of their boy, that time on her birthday, She captioned the cute family snap, “Feeling all the love today. Thank you everyone for the wonderful messages.”

Hugh Hefner’s Kids: Facts About His 4 Children From 2 Relationships