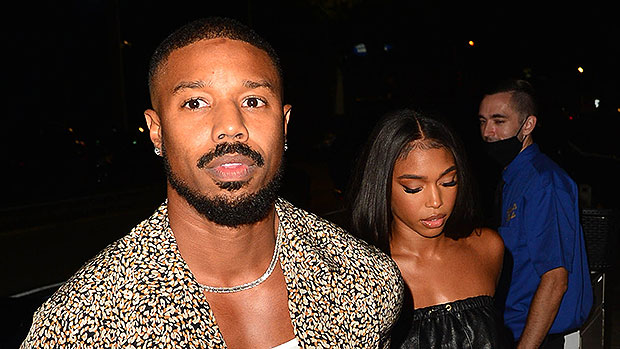 Michael B. Jordan and Lori Harvey have reportedly called it quits. The Black Panther star, 34, and the Instagram model, 25, are going their separate ways after dating for more than a year, according to a source for People. “Michael and Lori are both completely heartbroken,” the insider said. “They still love each other. They had great times together and brought out the best in each other.”

In November, the former lovebirds celebrated their one-year anniversary. Michael took to his IG story to share a series of photos with Lori, and he wrote, “Happy Anniversary. It’s been a year, crazy!!” One month later, he gushed about being in love and how it’s transformed his life. “There are roles that I passed on that I knew I didn’t have enough life experience to play. I was like, ‘What can I pull from?’ But I finally found what love was,” he told The Hollywood Reporter. “Long story short, I think it’s just the timing of everything. It was the right time for me. Yeah. I’m happy.”

Lori appeared to co-sign the sentiment, as she opened up about the relationship for POPSUGAR’s Jan/Feb cover story, saying it’s important to start off as friends. “Always communicate. Overcommunicate, even, so you are always on the same page,” Lori said. “Also, be friends first. You know how sometimes you fight with your siblings and, of course, you love them, but you’re like, ‘I don’t even like you right now’? It’s important to always be friends whether you like the person.”

Meanwhile, Lori’s adopted father, Steve Harvey, might be a little crushed by the news after he gave the pairing his stamp of approval. “I don’t speak publicly about this type of stuff, but I’m happy for my daughter right now,” he gushed in September. “I really am. It’s the first time I’ve been happy for her [in a relationship]. He’s just a good guy. If he wasn’t, get him out of here.”