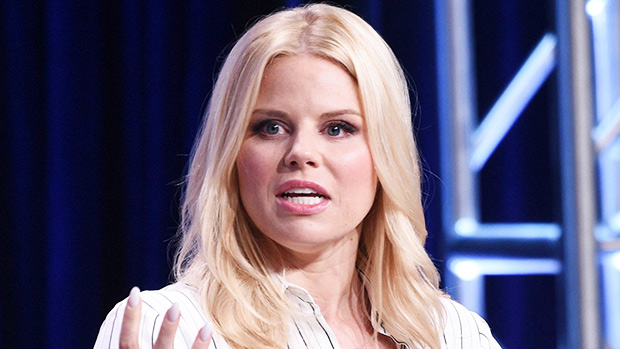 Nine people were killed Sunday (Sept. 4) after a sea plane crashed into the waters of Mutiny Bay off Whidbey Island in Washington State. Among those aboard the vessel were Megan Hilty’s sister, Lauren Hilty, her brother-in-law Ross Mickel, and the couple’s child, Remy Mickel. Tragically, Lauren was pregnant, according to a statement Ross’s family gave to KING 5. “We are deeply saddened and beyond devastated at the loss of our beloved Ross Mickel, Laur,en Hilty, Remy and their unborn baby boy, Luca. Our collective grief is unimaginable.”

“They were a bright and shining light in the lives of everyone who knew them,” the statement continued. “Although their time with us was too short, we will carry their legacy forward. We want to thank all the first responders, emergency service agencies of Whidbey Island, Island County, the United States Coast Guard (USCG), Naval Air Station Whidbey Island (NASWI), and the private citizens who participated in the search and rescue efforts following the crash. The enormous outpouring and support we have received from our friends, family, and the public has been overwhelming. Our hearts go out to the families and friends of those who also lost loved ones on-board. At this difficult time, we are requesting that our privacy be respected as we grieve the loss of our family members.”

Ross Mickel was a local winemaker and owner of Ross Andrew Wineries, and the Washington State Wine Commission issued a statement following their death, per KING 5. “We are deeply saddened by the news about Ross Mickel and his family. Ross had an incredible impact on the Washington wine community, and he will be greatly missed. Our thoughts are with his loved ones as they navigate this extraordinarily difficult time.”

The United States Coast guard released the names of the passengers of the sea plane’s crew. The statement said that a “deceased individual recovered from the water on Sunday night was transferred to the Island County coroner and has not yet been positively identified. It is Coast Guard policy not to release the names of the deceased or missing until at least 24 hours after the next of kin have been notified.”

It’s not immediately clear what happened to cause the plane to crash into the waters. The National Transportation Safety Board is investigating the accident, in hopes of finding answers to this seemingly senseless tragedy.

Our thoughts are with the families of the victims.

Leah Messer’s Kids: Everything To Know About Her 3 Beautiful Daughters