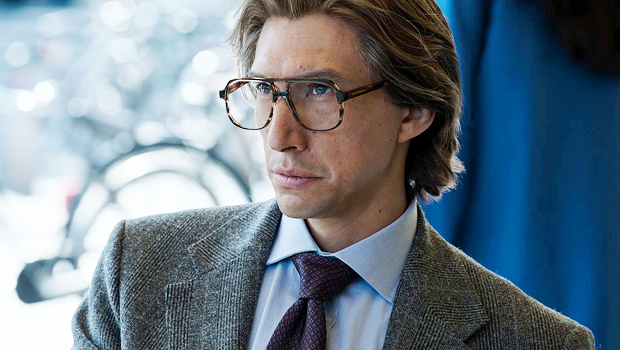 Maurizio Gucci is at the center of ‘House of Gucci’ alongside Patrizia Reggiani. HollywoodLife has 5 key things you need to know about the man Adam Driver plays in the new film.

Maurizio Gucci is a key figure in the House of Gucci story. Maurizio was married to Patrizia Reggiani, the woman at the center of the new Ridley Scott film. Adam Driver plays Maurizio alongside Lady Gaga as Patrizia.

So, who was the real-life Maurizio Gucci? He led a fascinating and tumultuous life until his time was cut short. From his tragic death to his family, here is everything you need to know about Maurizio as House of Gucci is released.

1. Maurizio was murdered by a hitman.

Maurizio’s life met a tragic end on March 27, 1995, when he was shot and killed on the steps of his Milan office by a hitman hired by his ex-wife Patrizia. He was 46 years old. Patrizia was later arrested for her role in Maurizio’s murder. She served 18 years in prison and was released in 2016.

2. Maurizio was dating someone when he was murdered.

Maurizio was dating Paola Franchi when he was killed in 1995. They had been childhood friends and began dating in 1990 after crossing paths in Switzerland. Their relationship sparked fury in Patrizia. Maurizio’s divorce from Patrizia wasn’t finalized until 1994. Maurizio and Paola had been planning their future together when he was gunned down. “We fell in love immediately. Maurizio used to tell me that we were two halves of the same apple,” Paola told The Guardian of her relationship with Maurizio.

Maurizio and Patrizia had two daughters together: Allegra and Alessandra. They were just teenagers when their mother was arrested for hiring a hitman to kill their father. In 2016, Patrizia told The Guardian that she didn’t have much of a relationship with her daughters. “We are going through a bad time now,” she said “They don’t understand me and have cut off my financial support. I have nothing, and I haven’t even met my two grandsons.”

4. Maurizio was the grandson of the Gucci founder.

Maurizio’s grandfather was Guccio Gucci, who founded the fashion house Gucci. Maurizio’s father was Rodolfo Gucci, one of Guccio’s sons. Maurizio began working for the family business in 1972.

5. Maurizio got into a legal war with his family.

Starting in 1983, Maurizio battled his uncle Aldo Gucci for control of Gucci after he became the majority shareholder of the company following his father’s death. In the midst of their war, Maurizio had to move to Switzerland to avoid getting arrested after Aldo accused him of forging his father’s signature so he could avoid paying inheritance taxes. Maurizio ended up selling nearly 50 percent of Gucci to Investcorp in 1988. He became chairman of the Gucci group and later sold his remaining stock in Gucci for $170 million.