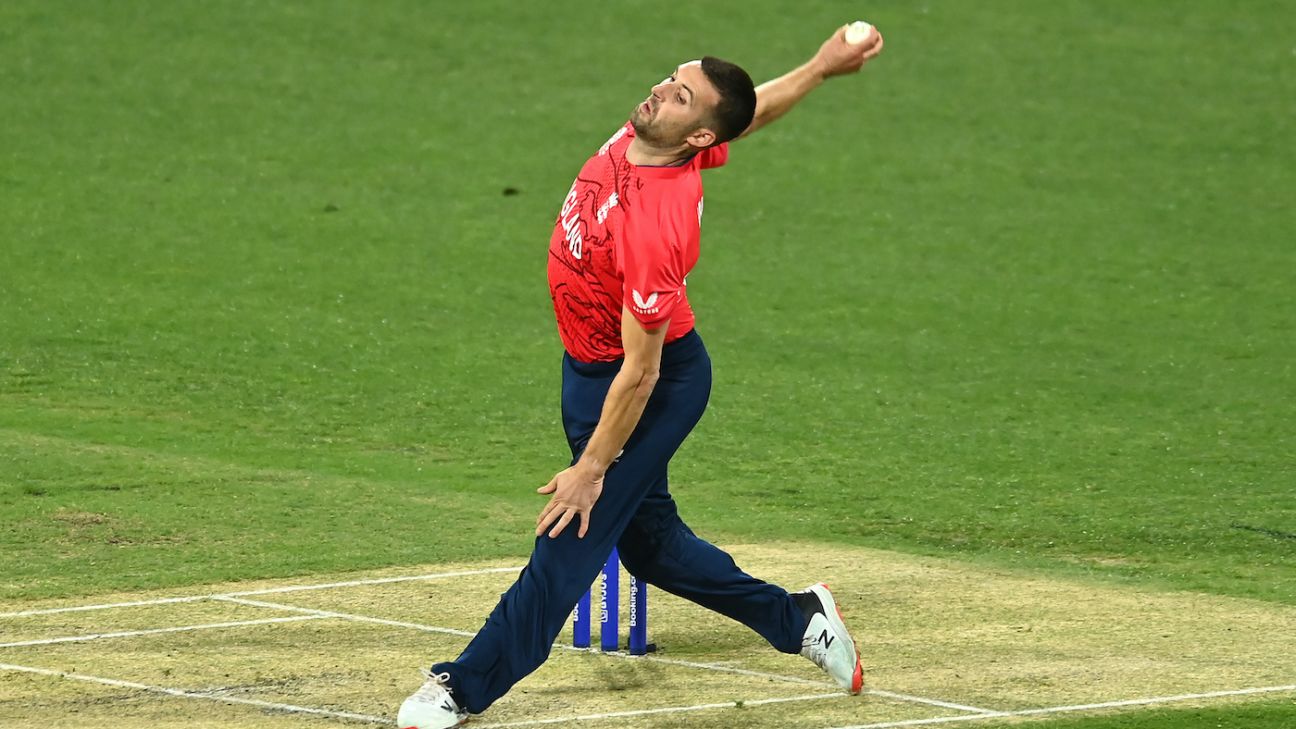 Mark Wood and Dawid Malan will be given every chance to play the T20 World Cup final against Pakistan and there were encouraging signs with both players looking reasonably comfortable during a net session at the MCG on the eve of the match.

The pair went through a fitness test when Wood bowled in the outdoor nets while Malan faced throwdowns from Mike Hussey.

“They’re both improving,” Jos Buttler said before training. “Of course it’s not too many days since not being fit enough for the semi-final, but again, we’ll give them every chance possible.”

If the duo did return it would be in place of Phil Salt and Chris Jordan. Wood has been consistently the quickest bowler in the tournament. They had both suffered injuries during England’s final Super 12s game – their four-wicket win over Sri Lanka in Sydney

“Malan and Wood are definitely struggling,” Mott had said on Friday. “We’ll keep an open mind. But there’s a short turnaround between games, with a travel day and then straight into it with one training session. There isn’t a lot of time for them.

“I would like to maintain a bit of hope them. It is disappointing. They have been two great players for us, particularly over the last month. They are big losses.

“But it is a real risk taking injured players into big games and I think you can really regret that, particularly when you’ve got players that can come in and do a good job. Sometimes you gamble when you don’t have that depth, but when you’ve got players that are capable of doing a role, I think it makes the decision a lot easier. Everything would have to go right for them to be available at the moment.”

Wood’s injury was initially described as muscle stiffness by the England camp but he revealed on his Good Pace for Radio podcast that he had strained his hip flexor four balls into his first over against Sri Lanka.

“The next day I’d had time to cool down and the adrenaline had worn off, and I had a bit of a right hip issue. I’ve been for a scan and things and had a look at it and tried my best to make it for the last game but I just couldn’t bowl at the speeds or intensity required to play for England. I just couldn’t get my hip going.

“Hopefully, if required, I can try and get it right for this game [the final]. I don’t know if I’m going to be able to. The team did really well last game but if the captain desperately needs me and I’m fit enough then I’ll put my name in the hat like everybody else.”

England’s management may be reluctant for Wood to risk aggravating his injury before their Test series in Pakistan next month but he insisted his only focus is on Sunday’s final. “Yes, that [tour] is important, but I’m honestly not looking past this,” he said. “I want the team and everybody to be successful here and we played fantastically well in the last game. It was just a bit of a scramble for myself where I was trying to see if I could get to the level required and I just couldn’t get to it.”