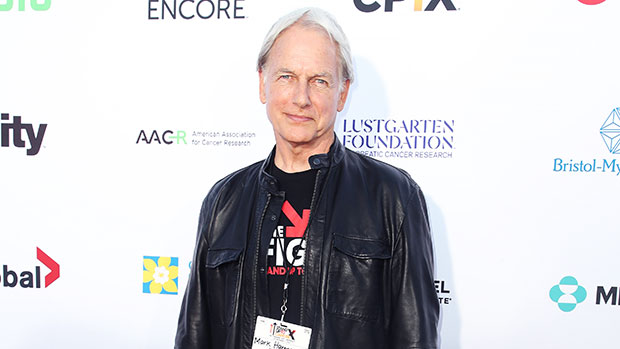 With Mark Harmon exiting ‘NCIS’ after 18 seasons on the show, get to know about the television actor’s kids – including his son, Sean, who has followed in his father’s footsteps.

NCIS viewers were given a shocking surprise at the end of Monday’s episode. Special Agent Leroy Jethro Gibbs, portrayed by Mark Harmon since the character’s introduction on JAG in 2003, announced that he wouldn’t be returning to law enforcement after traveling to Alaska to solve a case involving a contract killer. “I’m not going back,” Gibbs told his partner, Special Agent Timothy McGee (Sean Murray). Gibbs said he found a “sense of peace” in Alaska, one he hasn’t felt since the death of his first wife Shannon (Darby Stanchfield) and daughter Kelly (Mary Mouser), per Deadline. When McGee asked what Gibbs hoped to find in Alaska, he said, “I don’t know. My gut’s telling me I’ll know when I find it.”

The episode (1904 “Great Wide Open”) was Mark Harmon’s last as a series regular. He signed a deal to continue with NCIS for its 19th season – on which he will remain an executive producer – but that would be in a limited capacity, per The Hollywood Reporter. This does mean that Agent Gibbs might return in the future. “As an executive producer and dear friend, Mark continues to be an integral part of the fabric of the show,” executive producer and showrunner Steven D. Binder said in a statement. “So regarding the future of Gibbs, as long-time fans of the show may have noticed over the years … never count Leroy Jethro Gibbs out.”

With Mark now free from his on-camera duties as Agent Gibbs, he now has time to spend with his family. Since 1987, Mark has been married to actress Pam Dawber – best known for her role as Mindy on Mork & Mindy, as well as her extensive film and voice work —  and the two have two sons together. Here’s what you need to know.

Sean Harmon was born on April 25, 1988, in Burbank, California. Like his father, Sean is an actor. He’s appeared in TV series like The Ultimate Evil, Major Crimes, and films like The Fits and Hold On. He has also worked as a stunt double and stunt coordination in a handful of productions, including Dumb and Dumber to, American Reunion, and more.

As of 2021, his best role is – oddly enough – that of playing Young Leroy Gibbs on NCIS. Sean portrayed a younger version of his father’s character on seven episodes of the show. “I always think back to the first time they talked about doing a young Gibbs thing here, and Sean was just out of school at that point,” Mark told Entertainment Tonight. “A director named Tony Wharmby said, ‘Can he come in and read?’ And on his own, he did, and I’m proud of him [for] taking his work seriously and how he approaches being an actor — not just on this show, [but] just what he has chosen to try to do in his life’s work.”

Mark also discussed Pam’s reaction to Sean in pursuing a career in acting. “More than anything, she’s a mom, and there’s a pride there involved in that. Separate from anything as an actor, you hopefully take pride in who people are individually away from any camera just as people, as citizens,” he said. “And both our boys have done well and hopefully made smart choices and are doing well daily, you know? Day by day, we have a lot of reasons to be proud of both of them, and this is part of that.”

Ty Harmon was born on June 25, 1992. While Sean has followed his parents into a career in front of the camera, it appears that Ty’s interests – at least with Hollywood – are more behind the scenes. Ty has an IMDB page that lists that he’s worked as a screenwriter on a film short, Catholic Schoolgirl Chainsaw Showdown. Ty, like his parents, seems to enjoy a life out of the spotlight because there’s not much else known about him. It seems he takes after his mother, in that sense.

“I was in a number one show. I had my own deal. I got to do Broadway. I got to do musical theater. I got to do cartoon voices,” Pam Dawber said in a 2016 interview. “I did everything you can do in this business, and then I had children, and it’s like, ‘I’m not going to chase this fame thing.’ “I wanted to drive my kids to school. I wanted to be there for their birthdays and bring cupcakes and donuts and do the school festivals and all that, and I did. I got to teach in their art class, and so it was a different life then, and I was very happy to do it.”

“Notice you don’t see us in the magazines,” she added. “When you’re married, that’s real life. And to go and plaster your kids… I’m sorry. I’m not for that.”

“I’m proud of both our boys, and they work hard at what they do,” said Mark during that Entertainment Tonight interview, “and I’m proud that they get up in the morning and try to do that every day.”