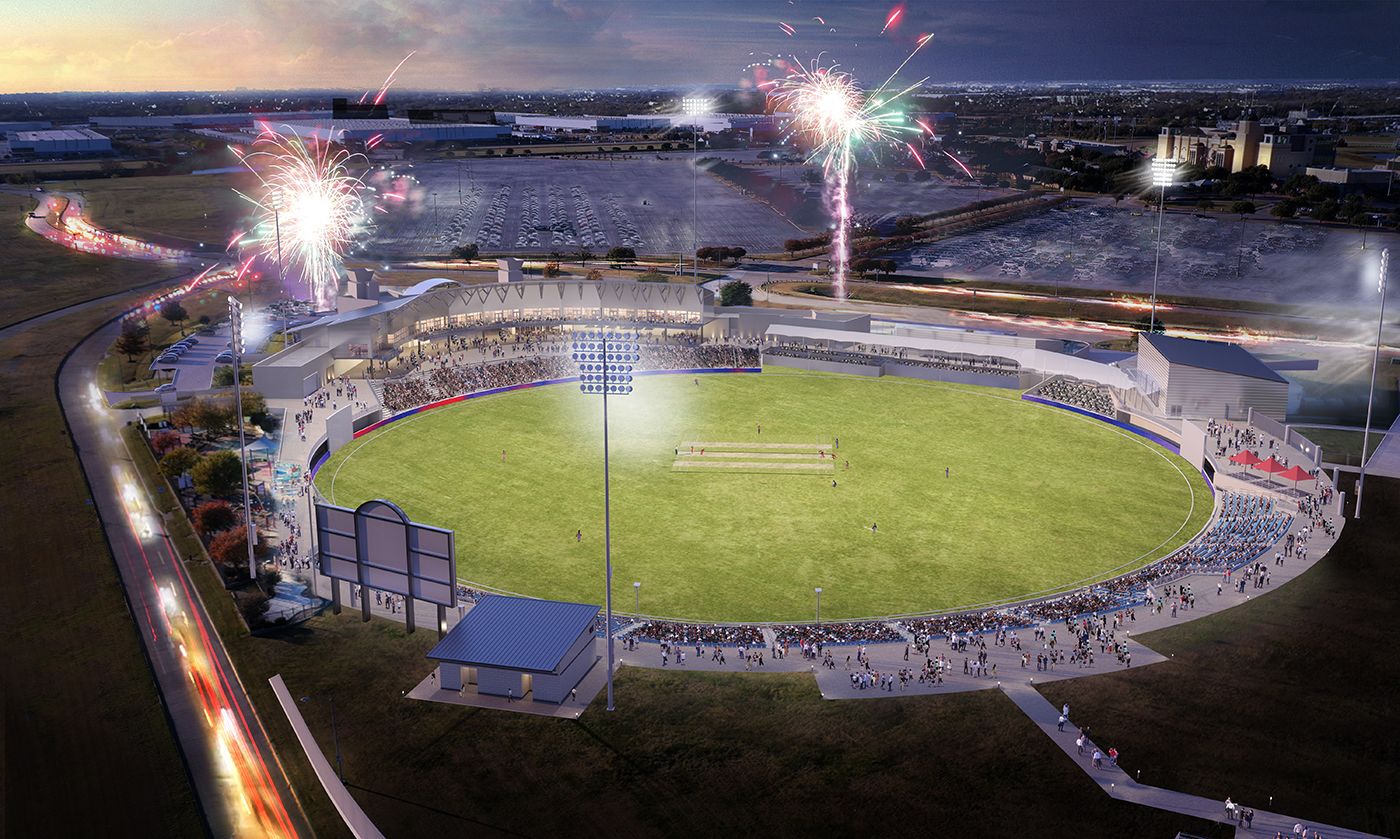 After several years of delays, the first season of Major League Cricket has been announced for July 13-30, 2023 with a newly renovated venue outside of Dallas, Texas serving as the primary location for the 18-day tournament. The announcement coincided with the installation of the turf square at Grand Prairie Stadium, with further renovation work to finish the transformation of the 7200 permanent-seat facility (which can be expanded to 15,000 with temporary seating for larger events) from a minor league baseball ground formerly known as Airhogs Stadium into a full-time cricket venue expected to be completed by the spring of next year.

“Next summer, the eyes of world cricket will be on the launch of Major League Cricket, with the stars of the game competing over three weeks of fast-paced T20 action,” Justin Geale, MLC Tournament Director, said. “The launch of MLC will transform American cricket and provide one of the best platforms in the sport for the world’s most elite players to showcase their skills while also fast-tracking the development of domestic talent to feature in the league.”

A lease for the Grand Prairie facility was first acquired by MLC in November 2020 with renovation initially anticipated to be completed by early 2022. However, a series of delays pushed back not just the redevelopment of the venue but also the launch of MLC’s first season by more than a year.

Demolition and redevelopment at Grand Prairie Stadium finally began in July 2022 and has continued at a brisk pace in order to get it ready by next spring and make it the centerpiece venue of the competition. It means that organisers are now confident that the time is right to kick things off in 2023 and have picked out a window that they believe will avoid any clashes with both the CPL and the Hundred. The opportunity to play at a ground which is in the running to stage matches at the 2024 T20 World Cup, co-hosted by USA and the West Indies, is also expected to lure overseas professionals on the franchise circuit to play in MLC’s first season.

Earlier this year, MLC hired Dave Agnew as head curator to oversee the development of the cricket square at Grand Prairie Stadium and also to serve as a consultant on the development of other MLC facilities in the works. The Australian has previously worked as head curator at the CPL and the Global T20 Canada and has also done consultant work at Church Street Park in Morrisville, North Carolina, which has hosted the first two tournament finals of the Minor League Cricket T20 championship that serves as a feeder competition into MLC.

“Grand Prairie Stadium will be the best cricket venue in the United States upon its completion,” said Ron Jensen, Mayor of Grand Prairie. “This venue will be a huge asset to the Grand Prairie community, bringing Major League Cricket, international cricket and potentially the 2024 ICC T20 Men’s World Cup to Grand Prairie allowing fans here to experience a world-class sport in action.”

The first season of MLC will be staged in a single round-robin format with 15 league matches played among six franchises before a four-match play-off phase. In addition to Dallas, MLC has previously announced that the franchises will be based in Los Angeles, Seattle, Washington DC, San Francisco and New York City. The Knight Riders Group has already come on board to be the owners of the Los Angeles franchise with a proposal in the works for a 10,000 seat venue in Orange County.

However, the Orange County venue still has not been finalised, let alone broken ground, and stadium projects in the other cities have also been slow to materialise. It means that MLC organisers may end up using a single site in Grand Prairie for the entirety of the 2023 season. It is an approach that was similarly used to stage the Global T20 Canada in 2018 and 2019 in which all matches were played in suburban Toronto despite franchises being billed as hailing from cities all across Canada.

Unlike the Global T20 Canada and many other big-ticket cricket events that have been held in the USA in which start times have been scheduled for late morning in blistering heat to accommodate for the Indian prime time TV audience, sources have said that organisers intend to utilise the floodlights at the facility to stage the majority of matches at night. It will allow for more comfortable playing conditions in the summer Texas heat and encourage more fans to support the event on the ground.

Sources have also stated that Church Street Park in North Carolina may potentially be used as a venue for some of MLC’s matches in 2023. Even though no franchise is designated for North Carolina, the venue has demonstrated consistently strong fan support for local cricket since hosting the 2018 ICC Americas Regional T20 World Cup Qualifier and using it for some games would also alleviate wear and tear on the pitches at Grand Prairie.