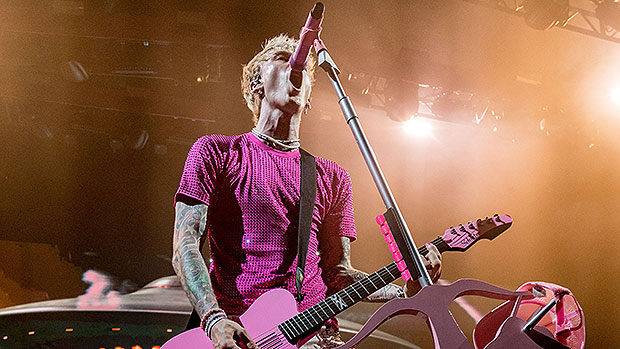 Machine Gun Kelly isn’t holding anything back on his next highly-anticipated album, ‘Born With Horns,’ set to be released sometime in early 2022.

Colson Baker, better known by his stage name Machine Gun Kelly, is warning fans and curious listeners to be prepared to hear something they’ve never heard before come 2022. That’s when the “Papercuts” singer said his sixth studio album, Born With Horns, is set to debut with a whole a new sound, the rock star told NBC’s Willie Geist in an interview set to air on Sunday TODAY October 10. “Lyrically, it definitely goes deeper,” the musician said in a clip teasing the upcoming interview.

Machine Gun Kelly said he’s no longer “scared” of being who he truly is and unleashing all of what he has to offer on the world. Whether it’s because of skyrocketing to stardom or his steamy romance with girlfriend Megan Fox, the Blonde Don has changed in profound ways even he struggles to fully describe. “It feels like I got struck by lightning or something,” the hitmaker told NBC. “During that Tickets album, something happened to me, I haven’t been the same since. But I’ve realized something about myself that is, actually, it’s dangerous.”

While the “Day Walker” rocker has been mum for the most part on an exact release date for the album, he told NBC that the album could very well be a New Year’s Day surprise. Maybe. “I almost feel like the second you open your eyes and it’s 2022, that you’ll have something to listen to as well. And usually when people say that, they mean, like, spring. I’m talking about right when you open your eyes and it’s 2022. So,” the Billboard Award-winning artist teased.

Born With Horns is MGK’s second collaboration with Blink 182‘s Travis Barker, rock drummer legend and current boyfriend to Kourtney Kardashian. The two first teamed up on Colson’s fifth studio album Tickets to My Downfall, released on September 25, 2020. “Papercuts” was the first single to debut from the Horns album on August 11, 2021. MGK has said the album will be “darker” and more “guitar heavy” than Tickets.