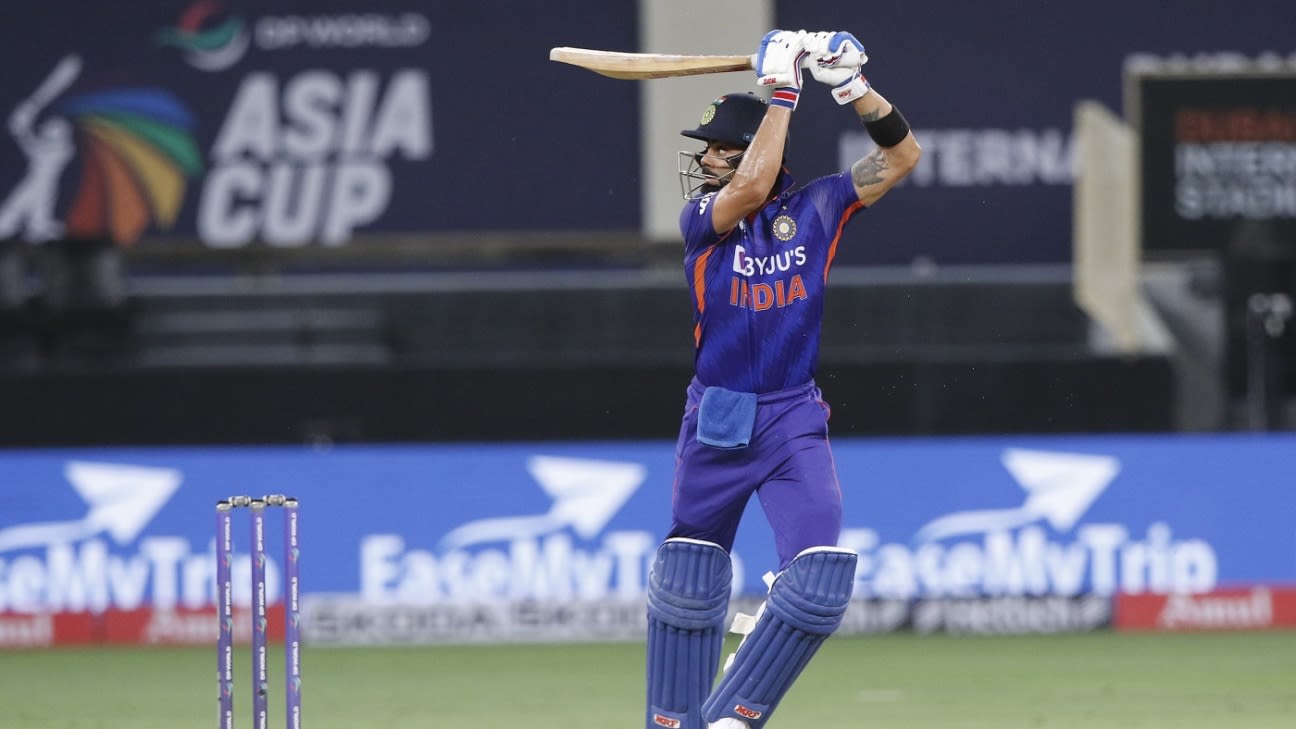 Virat Kohli is “excited” and “having fun” playing cricket, he said, but not long ago, he wasn’t getting any joy from the game. As he said recently, he was “faking his intensity a bit” and the fatigue and everything else added up and took a toll on him mentally. After top-scoring for India in the defeat to Pakistan on Sunday night at the Asia Cup, he also said that MS Dhoni aside, no one actually made the effort to reach out to him when he was going through a low phase.

How did he deal with it? In Dubai, Kohli tried to provide answers, and hinted that he was in a good place.

“Me being in a bad space is neither good for the team nor for me. I think no one should run away from this, if someone is feeling negative or low, taking a break isn’t a bad thing”

“I can tell you one thing: when I left Test captaincy, I got a message from only one person, with whom I have played previously – that was MS Dhoni,” Kohli said. “Many people have my number. On TV, lots of people give suggestions, people have a lot to say, but whoever had my number, no one sent me a message.

“That respect, that connection you have with anyone, when it is genuine, it shows in this fashion because there is security at both ends. Neither does he [Dhoni] need anything from me, nor do I need anything from him, and neither was he insecure from me or I was insecure from him. I can only say – if I want to say anything to anyone, I reach out to that person individually even if you want to help me.

“I mean, if you give the suggestions in front of the world, it has no value for me. If it is for my improvement you could talk with me one-on-one that I genuinely want you to do well. I live life with a lot of honesty, so I see such things. I am not saying that it doesn’t matter to me, but you see the real thing. I can only say that. When you play for such a long time, when you play with honesty, who gives is the almighty. Until I play, until I am worthy of playing, I will play like this only.”

Prior to the Asia Cup, in an interview with Star Sports, Kohli elaborated about his struggles. He touched upon how an obsession over his professional identity had led to him losing perspective as a human being. He subsequently took time off, during which he switched off completely from the game, not even doing something as spontaneous as lifting a cricket bat.

At the Asia Cup, Kohli has found a semblance of form, scoring 35, 59* and 60 at an overall strike rate of 126.22. But, more importantly, there has been an air of calm around him, both at training and at the games. He said that came from the realisation that taking a break wasn’t a bad thing sometimes.

“I didn’t think I’d go a month without touching my bat, but the situation became such that I had to take a break,” he said. “More mentally than physically. Then you realise when you bat again after a month why you started playing the game. That [realisation] is lost at times, the way people look at you, cheer for you when you’re at the ground, at such times you can lose that realisation.

“That drive and purity for the game, that joy dissipates. It was important to rediscover that again for me. When I’m happy in my space, then I know what I can do for the team. Me being in a bad space is neither good for the team nor for me. I think no one should run away from this, if someone is feeling negative or low, taking a break isn’t a bad thing.

“And I hope people will derive strength from that and address whatever they are feeling. We’re all human, everyone can feel this way. But to recognise that and care about it is important. If you ignore it, you will get more frustrated. This is something I realised and I got a lot of help. I’m happy, I’m excited and having fun playing cricket again, which was the most important thing for me.”

Suryakumar back to career-best No. 2 in T20I rankings, Babar just behind at third

A potential free hit for India and South Africa

Rohit backs Bhuvneshwar to come good: ‘It’s important we give him that space’