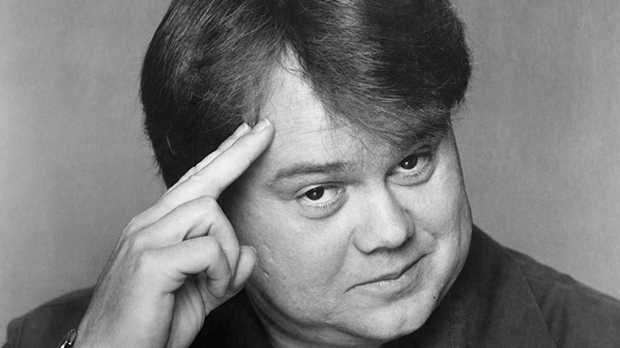 The tragic death of Louie Anderson left such stars as Pauley Shore, Gilbert Gottfried, and DL Hughley heartbroken over the loss of their ‘kind’ and ‘gracious’ friend.

The death of Louie Anderson on Friday (Jan. 21) sent shockwaves throughout the comedy world. The Baskets star and standup comedy icon reportedly passed away while receiving treatment for non-Hodgkins lymphoma, a diagnosis he announced just days before. While many had hoped that Louie, 68, would beat cancer, such was not the case, which left many of his peers devastated. “No words!” tweeted DL Hughley. “RIP Louie!! One of my all-time favorites.” “RIP Louie Anderson! You were as gracious and kind as you were funny. Rest well!! Keep ’em laughing in Heaven,” tweeted Viola Davis.

“Louie Anderson. Your generosity of spirit will cover the world from above,” tweeted Henry Winkler. “We are so lucky you were on earth for a moment, spreading your humor all over like bars of living gold. Good Bye.” Michael McKean, best known for Spinal Tap and the Christopher Guest mockumentaries, tweeted how Baskets was “such a phenomenal ‘second act’ for Louie Anderson. I wish he’d gotten a third. RIP.” Gilbert Gottfried posted a photo of Bob Saget, who passed away on Jan. 9 at age 65, taking a selfie alongside Gilbert and Louie. “This photo is very sad now. RIP Bob Saget and RIP Louie Anderson. Both good friends that will be missed.”

Louie Anderson : Your generosity of spirit will cover the world from above .. we are so lucky you were on earth for a moment , spreading your humor all over like bars of living gold .. Good Bye

Baskets was such a phenomenal “second act” for Louie Anderson. I wish he’d gotten a third. RIP

This photo is very sad now. RIP Bob Saget and RIP Louie Anderson. Both good friends that will be missed. pic.twitter.com/DLJ8Ntt7LN

Hours before Louie passed, Pauley Shore tweeted, “Attention comedians and [The Comedy Store] alumni’s I say this with a heavy heart just left the hospital in Las Vegas where Louie Anderson his sisters and close friend were kind enough to let me say my goodbyes he’s still with us but keep him in your prayers.” When a fan responded, “please let him know that we love him, Pauly,” the Son In Law star replied, “I did.”

“Louie Anderson was a very dear friend and one of the people who very early in my career believed in me,” tweeted Travon Free, “and would put me and a couple of other comics he loved up in a hotel in Vegas and pay us to open for him when we needed money. What a huge loss. Rest in peace my friend.”

Legendary record producer, musician, and poker player Steve Albini recounted how Louie Anderson – who played in the 2006 World Series of Poker Main Event — once “blew 80 grand, all his money, gambling in LA, then rented a car, drove to Vegas in the middle of the night and used a casino line of credit to win it all back in the pit by sunup, caught a 7am flight and went straight to shoot a 7-11 commercial. Requiescat.”

My first Hollywood job was gettting Louie Anderson cigarettes and donuts every day on his CBS sitcom. Most of the time I spent watching him play pinball in his dressing room while he told me to quit and pursue my career. He was super nice to even lil diumb dumbs like me. RIP.

damn, rest in peace louie anderson. life with louie was a fox staple to me as a kid and according to eddie murphy, he’s the one white guy they had to put in coming to america; a family feud host and even stole a scene in ferris beuller’s day off. pic.twitter.com/QcerVNcEQl

Born in 1953 and raised in St. Paul, Minnesota, Louie rose to prominence in the early 1980s after a star-making appearance on The Tonight Show, then hosted by Johnny Carson. Louie’s observational comedy about his life growing up in St. Paul was the basis of the animated series, Life With Louie, which introduced him to a generation of GenXers and Millennials. Throughout Louie’s career, he appeared in movies like Coming to America, The Wrong Guys, and Ferris Bueller’s Day Off. He also hosted Family Feud from 2000 to 2002. His run on Baskets earned him a Primetime Emmy Award for Outstanding Supporting Actor in a Comedy Series.