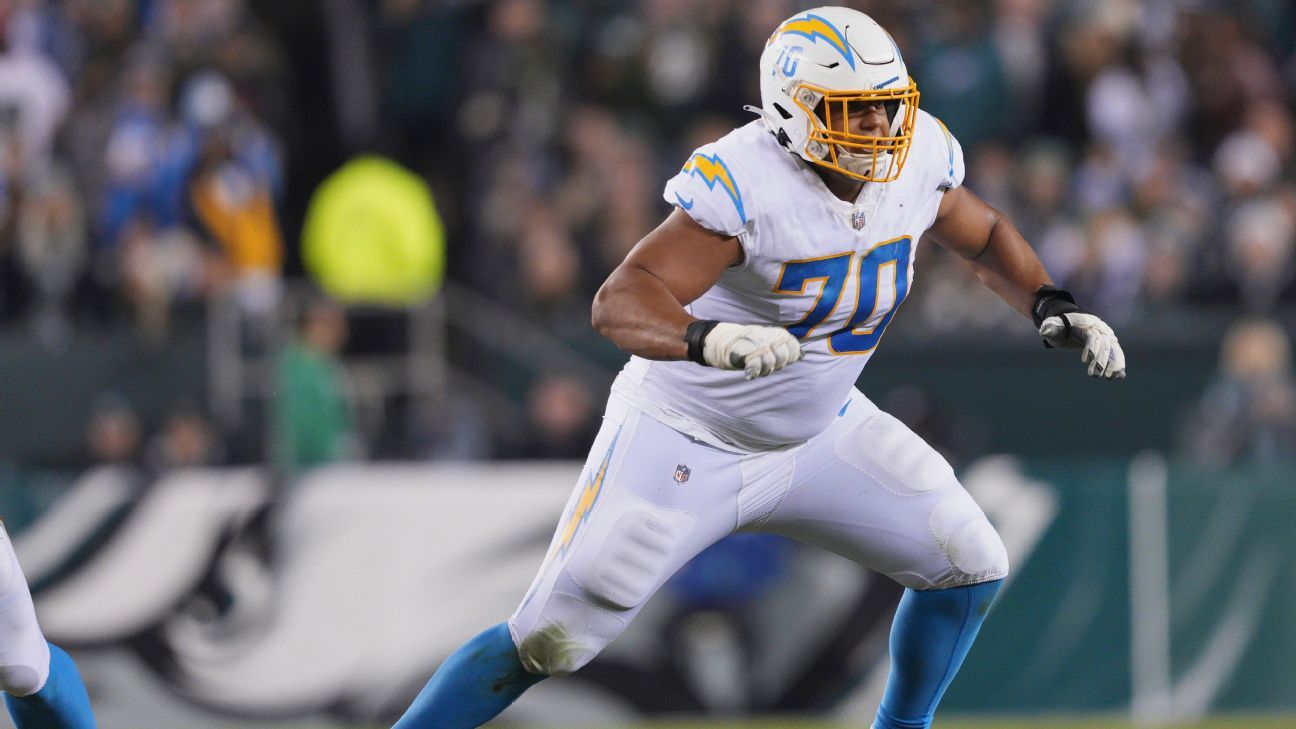 COSTA MESA, Calif. — Los Angeles Chargers left tackle Rashawn Slater is expected to miss the remainder of the season after tearing his left biceps tendon in a 38-10 loss to the Jacksonville Jaguars on Sunday, sources told ESPN’s Adam Schefter.

Slater left the game in the third quarter after suffering the injury and was replaced by backup Storm Norton.

The loss of Slater is significant for the Chargers and quarterback Justin Herbert, who also played Sunday without Pro Bowl center Corey Linsley, who is dealing with a knee issue.

After winning their season opener over the Las Vegas Raiders, the Chargers have dropped two straight against the Kansas City Chiefs and Jaguars, while suffering a plethora of injuries.

Herbert’s rib cartilage was fractured in Week 2, and the injury is expected to linger indefinitely.

Receiver Keenan Allen has missed the past two games because of a hamstring injury, and receiver Jalen Guyton left Sunday’s game because of a knee injury.

Defensively, uncertainty remains about the severity of a groin injury that edge rusher Joey Bosa suffered in the first quarter of the loss to the Jaguars.

And the status of cornerback J.C. Jackson, who signed a five-year, $82.5 million contract in free agency, also remains unclear. Jackson missed Week 1 after undergoing ankle surgery in late August. He returned for Week 2 and played 100% of the defensive snaps before landing on the inactive list against the Jaguars.