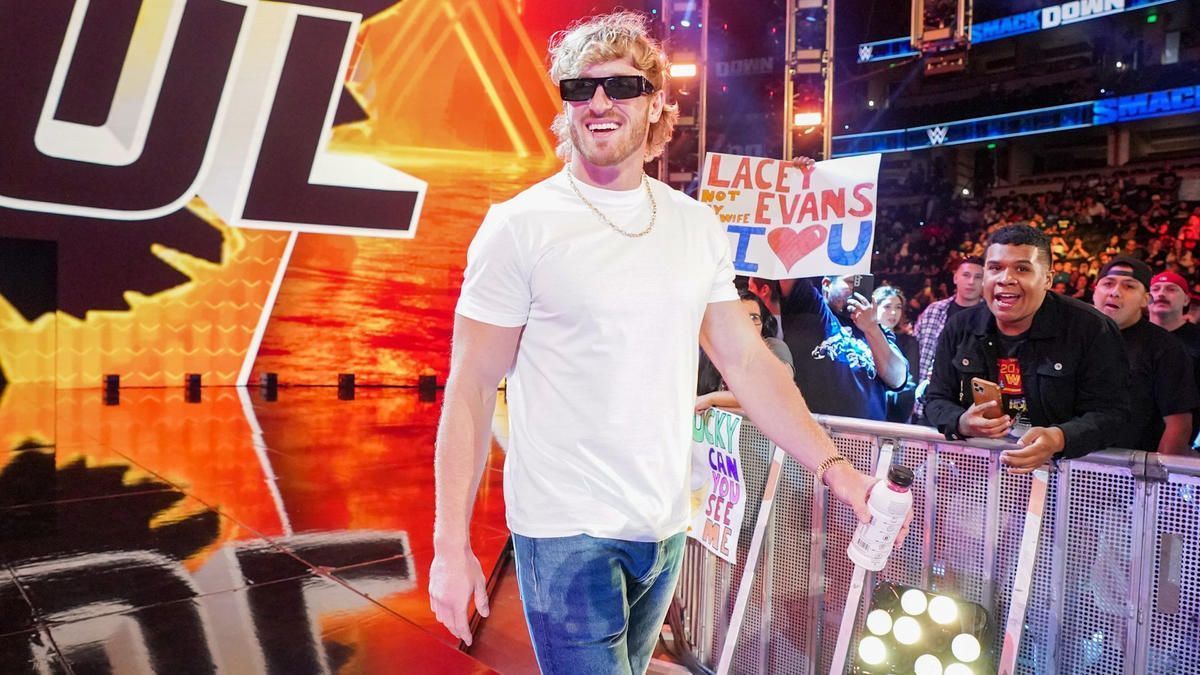 Logan Paul, in just his second singles match in WWE, will challenge the face of wrestling, Roman Reigns, for the WWE undisputed universal championship on Nov. 5 in Saudi Arabia at Crown Jewel, it was revealed Saturday at a news conference in Las Vegas.

Paul, 27, is a social media star who met Floyd Mayweather in a boxing exhibition last June.

He made his WWE debut at WrestleMania in April, a tag team victory alongside The Miz against The Mysterios. Paul then made his singles debut in August with a SummerSlam victory over The Miz and impressed with his ability to perform a variety of moves.

Now, Paul will find himself on a far bigger stage, tasked with being able to hang with the biggest star in WWE.

Reigns has held the universal championship for more than two years after he defeated Brock Lesnar in a Last Man Standing match at SummerSlam.

The storyline between Reigns and Paul started this week, when the champion was the guest on Paul’s popular podcast, Impaulsive. After being invited to see him at his news conference on SmackDown Friday night, the two were set to face off Saturday in Las Vegas ahead of the undisputed super middleweight championship boxing match between Canelo Alvarez and Gennadiy Golovkin.

FIFA’s Benzema, Messi graphics are great, but some not happy

The tattoos devoted to Lionel Messi, from pro players to fans