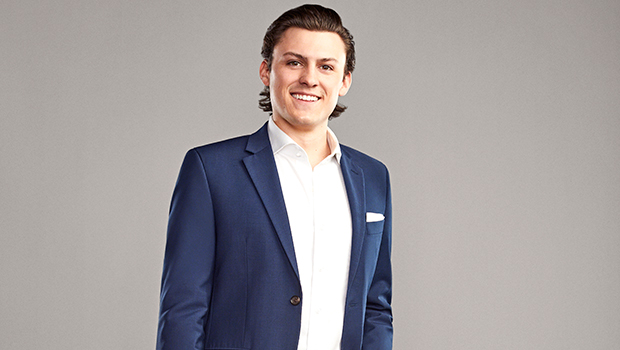 All the questions surrounding the celebrity relatives of the Claim To Fame contestants have been answered. Logan was revealed to be Jason Aldean’s cousin during the finale event on September 6. After weeks of evading elimination, L.C. guessed Logan’s celebrity relative correctly.

Logan’s full name is Logan Crosby. He’s a country star on the rise. Clearly, talent runs in Jason’s family. Learn more about Logan with our 5 things below.

1. Logan came in second place on Claim To Fame.

Logan lost the Claim To Fame championship to L.C., a.k.a. Loreal Palmer. Loreal decided to be the final guesser and guessed Logan’s celebrity relative in the finale. Loreal won the $100,000 grand prize and walked away as Claim To Fame’s first-ever winner. “I didn’t win, but I think Jason would be proud,” Logan said in the finale.

Logan frequently covers songs on his TikTok account. He has over 100,000 followers, and his videos have amassed over 2.8 million likes. His musical influences include Chris Stapleton, George Strait, and The Allman Brothers Band.

3. Logan grew up in Georgia.

Logan was born and raised in Georgia. He graduated from The University of Georgia in Athens. He currently lives in Nashville. The Claim To Fame team actually reached out to one of his cousins before they turned their attention to Logan, according to The Union-Recorder. Logan’s dad is a special agent with the Georgia Bureau of Investigation (GBI).

Logan released his first single “If Jesus Was A Cowboy” on July 15, 2022. On August 20, Logan teased a new song on Instagram. The song is set to be titled “If You Ask Me.”

From the beginning, Logan’s celebrity relative was widely debated among Claim To Fame viewers. Fans thought Logan looked a lot like country singer and American Idol judge Luke Bryan. Other fans thought Logan could be related to Thomas Rhett before clues started to reveal that Logan was related to Jason.