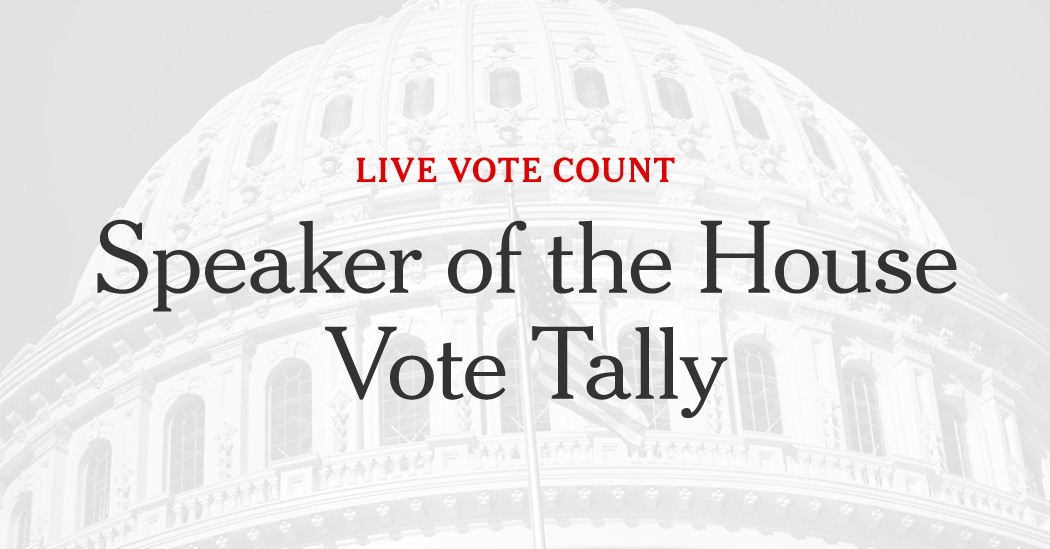 Representative Kevin McCarthy of California is fighting to become House Speaker, but a rebellion by a group of ultraconservative Republicans has prevented him from winning the majority of votes needed to secure the post.

After the sixth ballot, the House still does not have a speaker. Members are taking a break and plan to return at 8 p.m. Eastern time.

Note: To win, a member must receive the majority of votes cast for a person, not counting “present” votes.

Mr. McCarthy needs 218 votes if every member of Congress casts a ballot, so he only can afford to lose four Republican votes. In the fourth, fifth and sixth rounds of voting on Wednesday, the same 20 Republicans voted for Representative Byron Donalds of Florida, and one voted “present.” All 212 Democrats voted for Representative Hakeem Jeffries of New York, the minority leader.

Mr. McCarthy could win the speakership with fewer than 218 votes by persuading lawmakers who do not want to support him to instead vote “present” or to not vote at all.

Note: To win, a member must receive the majority of votes cast for a person, not counting “present” votes.

In the first vote held on Tuesday, 19 House Republicans voted for a Republican other than Mr. McCarthy. During the second vote, those same 19 opposed him but rallied around Representative Jim Jordan of Ohio, a founding member of the ultraconservative House Freedom Caucus. Mr. Jordan pleaded with his colleagues to give their support to Mr. McCarthy, but all 19, plus an additional Republican, voted for Mr. Jordan on the third ballot.

The House reconvened at noon Wednesday to continue voting. Members voting differently from the majority of their party are highlighted.

How Every Representative Voted

A Colossal Off-Year Election in Wisconsin

How Far Right Are the 20 Republicans Who Voted Against McCarthy

Here Are the Key Numbers From Trump’s Tax Returns