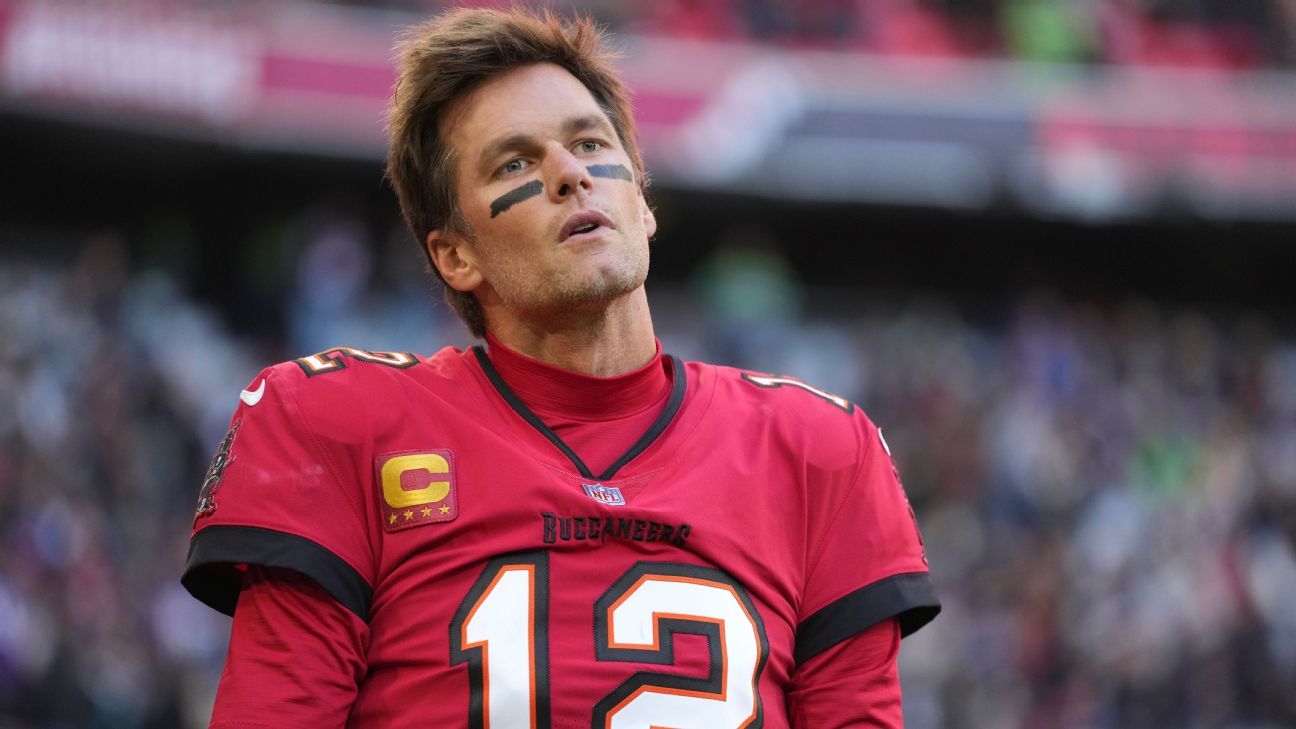 Trailing 14-3 after a miserable first half, the Seattle Seahawks needed a big play and perhaps a big break to have any chance at coming back against Tom Brady and the Tampa Bay Buccaneers in Sunday’s game at Allianz Arena in Munich. They got both on the same play.

It came in the form of some ill-fated trickery by Tampa Bay. The Bucs had driven to Seattle’s 22-yard line when they lined up in a Wildcat formation midway through the third quarter. Leonard Fournette took a direct snap and ran right before trying to throw back across the field to Brady, who was split out wide. Brady slipped on the sloppy turf and the pass was easily picked off by rookie cornerback Tariq Woolen.

A penalty on Brady for tripping gave the Seahawks an extra 15 yards.

It was Tampa Bay’s first interception thrown since Week 1 and Woolen’s fifth for the season, padding his résumé for Defensive Rookie of the Year. According to ESPN Stats & Information, it was Brady’s fifth career target (including the playoffs).

The Seahawks were outgained 208-57 in total yards in the first half as Tampa Bay raced to a 14-0 lead.

US achieved a lot in Qatar, but left everyone wanting more