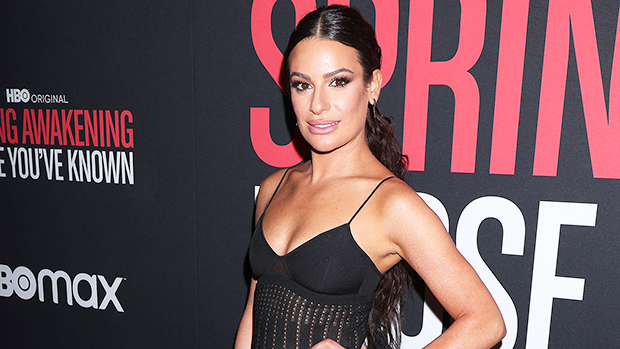 The role that bore her! Lea Michele had the honor to do something that not many professionals have the chance to do — return to a role fifteen years after originating it on Broadway. The now 35-year-old had the opportunity to fill Wendla’s shoes, once again in HBO’s upcoming documentary film Spring Awakening: Those You’ve Known, which follows the original cast of the Duncan Sheik coming-of-age musical performing the book in front of a live audience. “I started in Spring Awakening at the age of 14 and when I left the show I was in my very early 20s. Returning to this character now as a 35-year-old woman and as a mother was very interesting as an actor to have to revert back to that young and naïve mindset,” Lea told HollywoodLife.com in an EXCLUSIVE interview. “Obviously, as an adult coming back to this role and show with many life experiences behind me and I tried hard to re-create that sense of innocence that she has.”

In the doc, fans see Lea, along with her best friend and OG cast member Jonathan Groff, choke back tears as they re-embody the young, bewildered souls of Wendla and Melchior, in “Mama Who Bore Me,” “All That’s Known” and, later, “The Word of Your Body.” “I think we all were so surprised at how much more we understood the lyrics in the story now as adults having lived so much more life and had more experiences,” Lea recalled. “Certain words and lyrics resonated with us and made sense to us so much more now as adults.”

Lea, who welcomed her first child, Ever, in August 2020, revealed that as a mother, she had an even greater appreciation and understanding for the story of Spring Awakening. In the provocative story, an innocent Wendla finds herself pregnant and is taken by her mother for a back-alley abortion, which she does not survive. “I feel like I had so much more sympathy and despair for Wendla now as an adult and seeing how much she’s left in the dark by her parents,” the actress told HL.

Similarly, she noted that Moritz’s tragic storyline, specifically his number “Left Behind” was “so much more emotional for me now as a parent to see and hear than it was back then.” “I think the story is just as important now as it was then. This is a show that saves lives and I feel so grateful to introduce it now to this generation,” Lea added.

The one-night only reunion concert, which took place at the Eugene O’Neill Theatre, where Spring Awakening first opened on December 10, 2006, benefitted The Actors Fund, a charitable organization that supports performers and behind-the-scenes workers in performing arts and entertainment. “It was so important to us to have our proceeds go to the Actors Fund for this concert,” Lea explained. “It is such an incredible organization that does so much for the Broadway community, especially during COVID when all of the shows were shut down. I’m so grateful that we were able to give back to them for all of their incredible and hard work that they do for everyone.”

‘Glee’ Cast Then & Now: See The Show’s Stars’ Transformations Ahead Of Reunion

HBO Documentary Films’ Spring Awakening: Those You’ve Known, directed by Michael John Warren and produced by RadicalMedia, debuts Tuesday, May 3 (9:00-10:23 p.m. ET/PT) on HBO and will be available to stream on HBO Max.