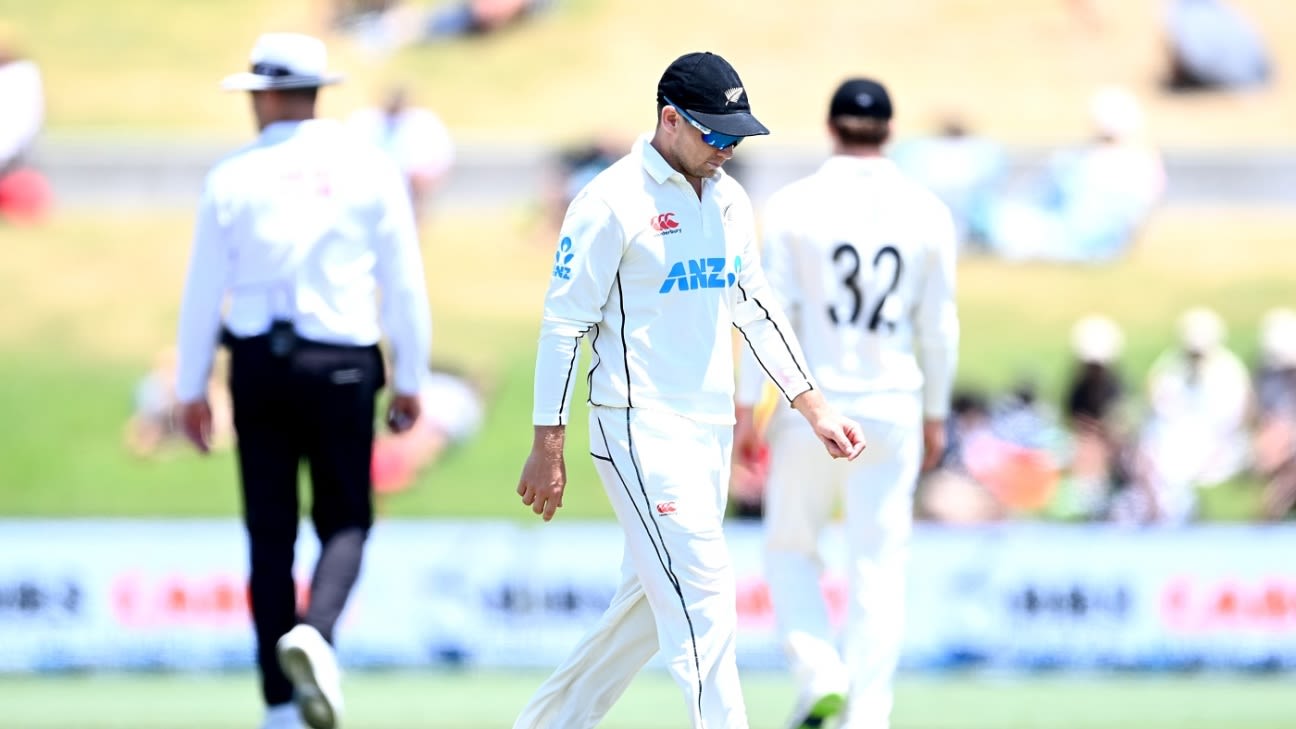 “It’s a disappointing performance from day one in the position we were in at lunch time and from then on, we weren’t at our best.”

New Zealand’s captain Tom Latham rued two missed opportunities for his side after their eight-wicket loss to Bangladesh in Mount Maunganui. It was an incredible win for the visitors, but just as surprising was how the home team, who held a 17-match unbeaten record before this game, capitulated against Bangladesh.

Latham felt that New Zealand should have taken advantage of their good start on the first day when they were 227 for 3 at one stage. New Zealand lost their last six wickets for 70 runs, to be bowled out for their lowest total against Bangladesh at home. Latham also believed that their bowlers could have attacked the stumps a bit more in the visitors’ first innings.

“It is obviously a disappointing performance from day one in the position we were in at lunch time,” Latham said. “From then on, we certainly weren’t at our best. Losing 6 for 70 on day two didn’t allow us to get to the 400-450 mark. Bangladesh showed exactly how to operate in the first innings. They put us under pressure. We tried to build partnerships in our second innings but couldn’t push the advantage. They showed it with the ball today. They were confident. They bowled really well. Full respect to them. They certainly outplayed us throughout the five days.

“Whether we could have attacked the stumps a little bit more earlier on. But the ball was always swinging throughout the innings. We haven’t played a lot of cricket here. It is not a huge amount of information, whether we could have gone a little bit straighter earlier. They obviously played the short ball really well. They showed us the lengths we needed to bowl. They got enough out of the surface to trouble us.”

The world champions were also questioned for dropping Ajaz Patel, who in New Zealand’s last Test in Mumbai, became only the third bowler in cricket history to take a 10-wicket haul in an innings. Latham didn’t admit it as a mistake, but said it is something to be considered in the future.

“It is hard to say (whether we needed Ajaz Patel at the Bay Oval). We give 100% backing to whoever goes out there in the XI. I thought Rachin (Ravindra) did a great job for us bowling into the wind. From that end, the surface didn’t necessarily spin a lot. I guess that’s the conversation in the future when we play here.”

Latham also brushed off the notion that New Zealand were weighed down by their title as world champions.

“We know it is a new two-year cycle. What we did last time was outstanding. It was a pretty special time. The focus has quickly shifted to the two-year cycle here. We started over in India. This is the first Test of our home summer.

“We are certainly not resting on (the title of being world champions). We know we have to turn up and play our brand of cricket. Unfortunately we didn’t quite do that. We have a chance in a few days to put another good performance on the board.”