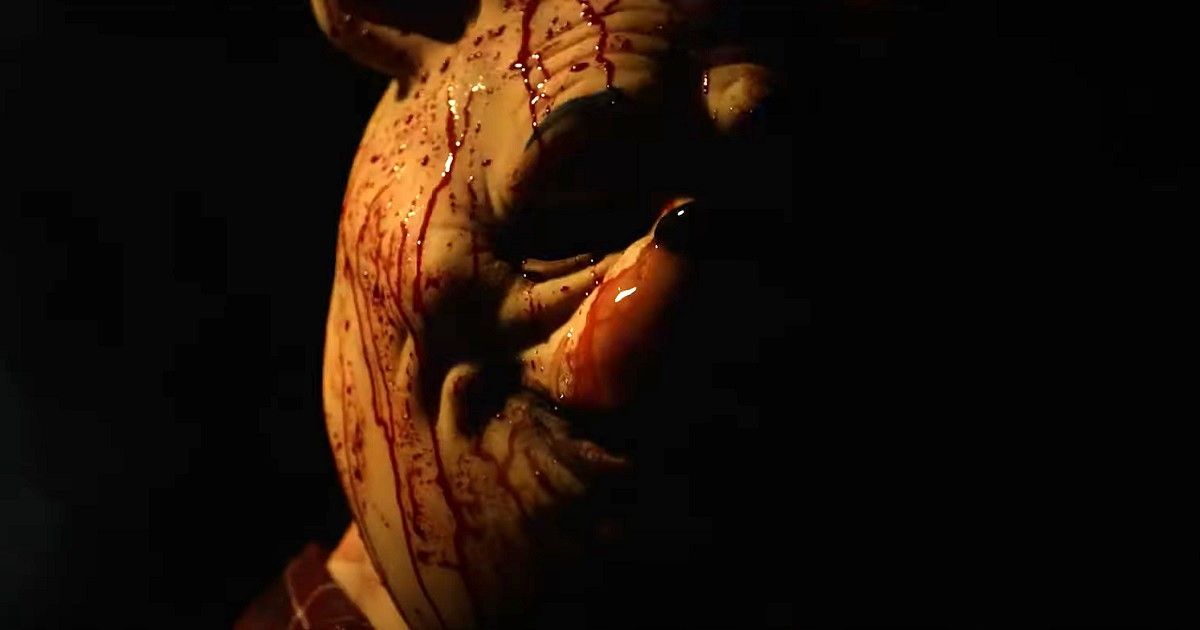 Pooh and Piglet are looking more feral and bloodthirsty than ever in the latest look Winnie-the-Pooh: Blood and Honey.

A warped retelling of the A. A. Milne and E. H. Shepard’s Winnie-the-Pooh books, Winnie the Pooh: Blood and Honey finds the likes of Pooh, Piglet and friends as you hoped to never see them. As every child knows, Christopher Robin befriended Winnie-the-Pooh, Piglet, and their friends, playing games and also providing them with food. What we all don’t know, however, is that as he grew, these visits became more infrequent, as did the food supply, causing Pooh and the others to grow increasingly hungry and desperate.

When Christopher went off to college, his visits to the Hundred Acre Wood stopped completely, causing Pooh and Piglet to become completely feral and unhinged. Which sadly resulted in Eeyore getting killed and eaten at some point. Now, Christopher Robin has returned to the forest alongside his new wife, hoping to introduce her to his old friends. Unfortunately for them, Pooh and Piglet will not forgive that easily, with the pair going on a murderous rampage for human flesh as they antagonize a group of university girls occupying a rural cabin.

RELATED: Winnie the Pooh: Blood and Honey: Plot, Cast, Release Date, and Everything Else We Know

The Creators of Winnie-the-Pooh: Blood and Honey Have Their Sights Set on Bambi & Peter Pan

The filmmakers behind Winnie-the-Pooh: Blood and Honey already have their twisted sights set on other literary figures, including Peter Pan, Humpty Dumpty, and Bambi. Work on transforming both Peter Pan and Bambi into movie monsters has already begun, with details of both projects revealed recently. This evil version of Pan will take to the skies in Peter Pan: Neverland Nightmare, which is the kind of title that should tell you everything you need to know about the direction of the project.

As for the Disney staple, Bambi, the cute little critter is now destined to become a “vicious killing machine” courtesy of director Scott Jeffrey and his upcoming horror project, Bambi: The Reckoning. “The film will be an incredibly dark retelling of the 1928 story we all know and love,” the filmmaker revealed. “Finding inspiration from the design used in Netflix’s The Ritual, Bambi will be a vicious killing machine that lurks in the wilderness. Prepare for Bambi on rabies!”

Bambi: The Reckoning will be executive produced by Winnie-The-Pooh: Blood and Honey director Rhys Frake-Waterfield, who now seems determined to turn every childhood favorite into a living nightmare.

Winnie the Pooh: Blood and Honey is due to be released on February 15, 2023, for a one-night event, before landing on DVD and VOD worldwide.