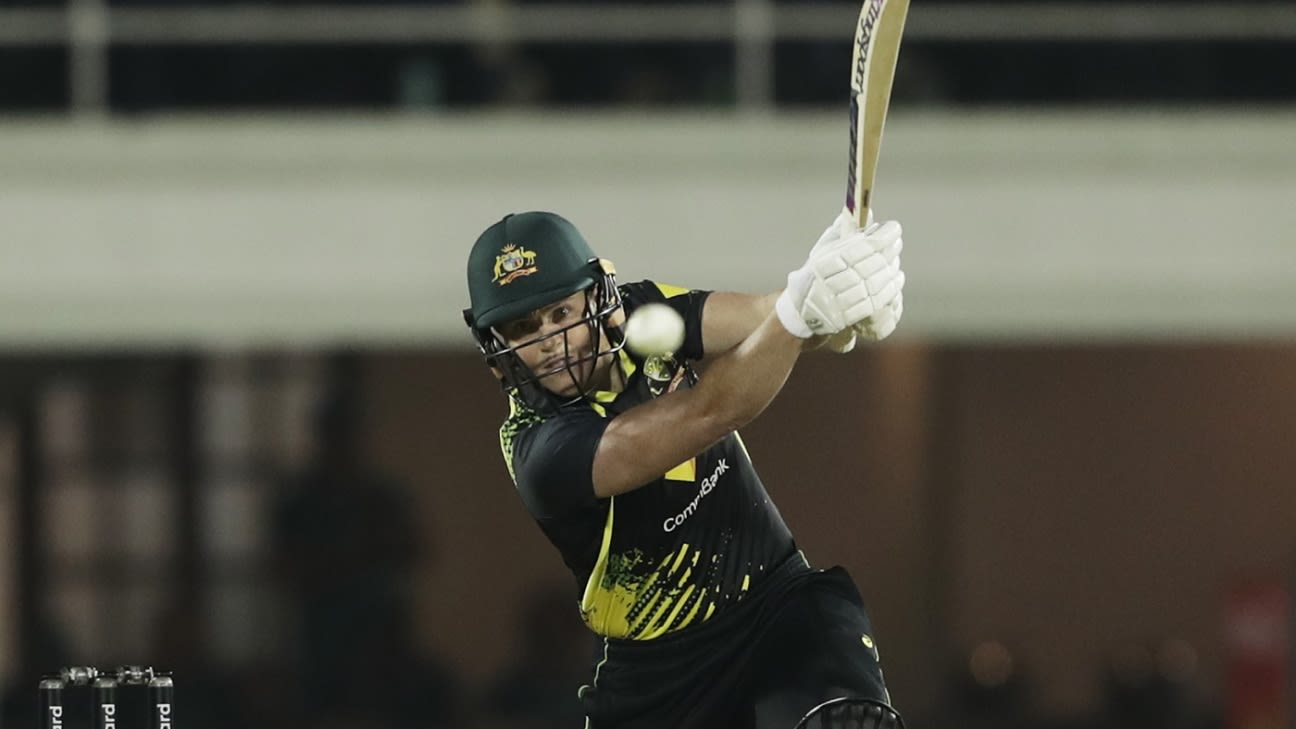 Grace Harris has been praised for having added “another dimension” to Australia’s T20I batting line-up since returning to the side last year as she shapes up as a key figure in the upcoming T20 World Cup.
Harris, who made her international debut in 2015, was recalled for the T20 leg of the Ashes last January, but through a combination of rain and the dominance of Australia’s top order did not get to the middle until the opening Commonwealth Games match against India in late July.
She proceeded to make a game-changing 37 off 20 balls after walking in at 49 for 5 with Australia needing 155 and facing the prospect of defeat. Harris followed that with scores of 41, 27 not out and an unbeaten 64 off 35 balls in India.

That last innings came in a rollicking stand of 129 in 10.2 overs alongside Ashleigh Gardner with the duo providing tremendous power to a formidable batting line-up.

“Grace Harris, in particular, has come into our side and added another dimension to our batting line-up,” captain Meg Lanning said ahead of the first T20I against Pakistan in Sydney. “She can go from ball one and regardless of when she comes in she is able to put the pressure back on the opposition. To pair her up with Ash Gardner, we feel like it sort of takes pressure off Ash in a way, it’s not just reliant on her to come in and accelerate. To be fair, all our batters have been working on that.”

Lanning will return to the T20I side on Tuesday, having missed the India tour while taking a break from the game. She is set to open against Pakistan alongside the prolific Beth Mooney, while Alyssa Healy continues her recovery from a calf strain.

“To see her do that over in India was great, and I think she will play a pivotal role for us moving through these T20s and in the World Cup as well”

Healy is on track to be available for the World Cup in South Africa where she will slot back in at the top of the order of what will shape as a fearsome batting line-up.

“[The Pakistan series] provides opportunities to people to come in and play a slightly different role… there are plenty of options, sometimes that make it a little more tricky,” Lanning said. “It’s going to be very difficult to make a decision on the final XI in every game. A lot of it will come down to match-ups and who we are coming up against.”

Ellyse Perry will play a ‘pivotal role’ at the World Cup

That batting order can expect to include Ellyse Perry, who has rejuvenated her T20 game over the last six months. Against India, Perry struck at 160.19 in her three innings, bringing a new gear to her role in the middle order after having come under scrutiny in recent seasons amid the plethora of batting talent developing in the Australian game.

“Over in India, she came out and played in a different way to what she has in the past,” Lanning said. “That game has always been there for her, but now she is confident to come out and dominate attacks, she can hit the ball as hard as anyone in world cricket.

“To see her do that over in India was great, and I think she will play a pivotal role for us moving through these T20s and in the World Cup as well. She can really dominate against spin in particular, so I’m excited to see what sort of a role she can play for us.”

Legspinner Georgia Wareham is also making an international comeback after 18 months out with an ACL injury. She only returned to the WNCL this month but was named in the World Cup squad straightaway with Lanning saying she and fellow legspinner Alana King could feature in the same XI.

“It’s so good to see Wolfie [Wareham] back, she’s had a tough road over the last 18 months but she’s a very important part of our team,” Lanning said. “She brings a lot on the field in terms of every facet of the game.”