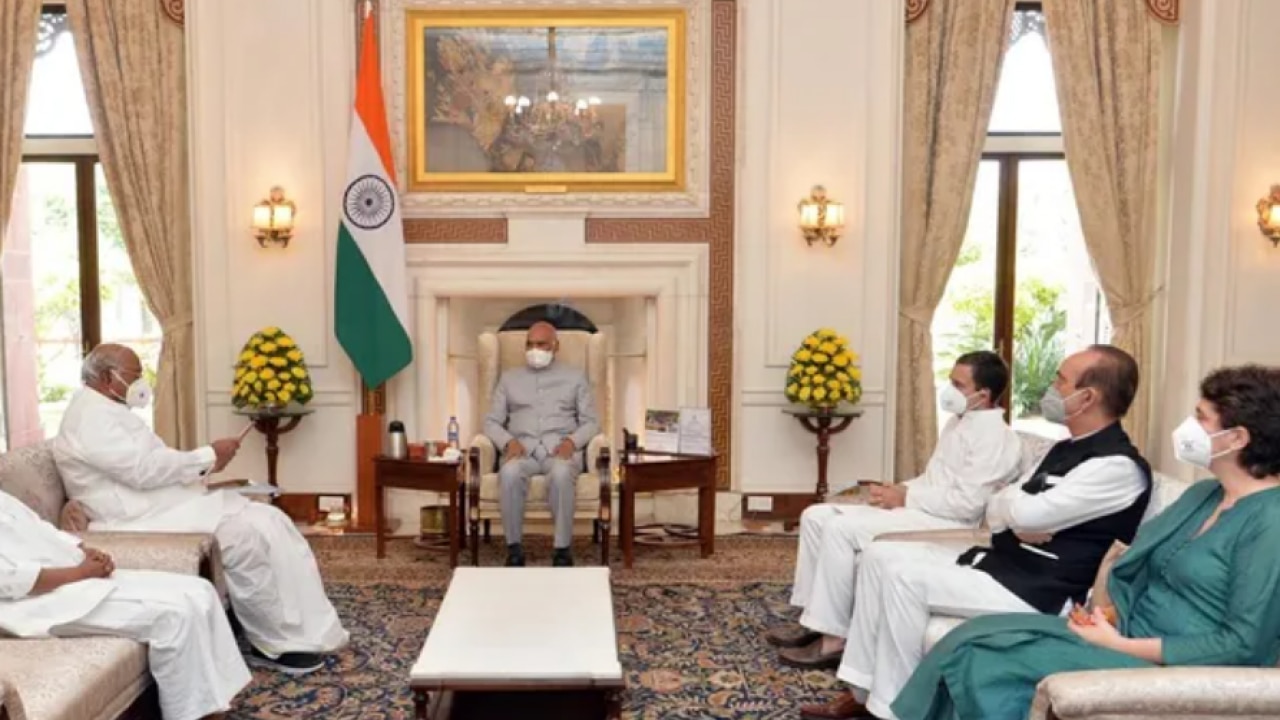 A Congress delegation lead by party leader Rahul Gandhi met with President Ram Nath Kovind on Wednesday at the Rashtrapati Bhavan to discuss the violent incidents that emerged from the Lakhimpur Kheri district in Uttar Pradesh a week back.

The Congress party submitted a detailed memorandum of facts surrounding the Lakhimpur Kheri violence, and in its letter to the President, demanded a judicial probe in the matter, along with the removal of Union Minister Ajay Mishra from his post.

The letter submitted by the Congress party states, “Like crores of other Indians, we are certain that you are also deeply affected by the unforgivable and merciless murder of farmers in Lakhimpur Kheri, Uttar Pradesh…This deliberate act of murder in broad daylight followed by the audacious reactions of the state and Central governments has completely eroded the people’s faith in those tasked with bringing these perpetrators to justice.”

After meeting with President Kovind, Priyanka Gandhi spoke to reporters and said, “We told the President that the accused’s father who is MoS Home, should be removed from the post as a fair probe is not possible in his presence. Likewise, we also demanded inquiry be done by two sitting judges of Supreme Court.”

She further added that the President has given the delegation assurance that he will be discussing the matter with the government today itself. The letter to the President further termed the Lakhimpur Kheri incident as one of the “most gruesome and premeditated acts of bone-chilling murder”.

Eight people were reported dead on October 3 after a farmers’ protest in Lakhimpur Kheri when a car allegedly ran over protesting farmers. The people were allegedly mowed down by the Ashish Mishra, who is the son of Union Minister of State for Home Ajay Mishra.