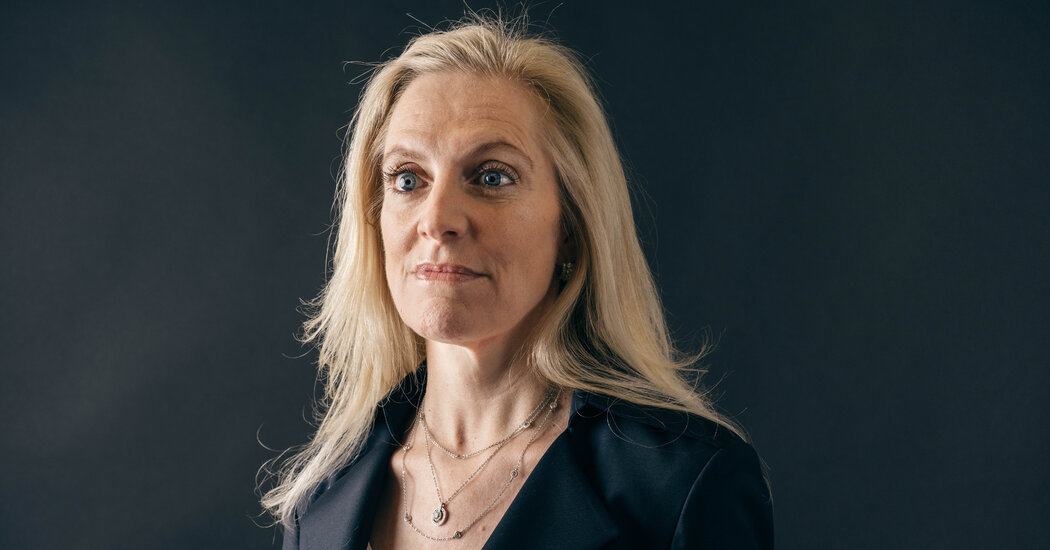 President Biden said he would nominate Lael Brainard as the Federal Reserve’s vice chair, the No. 2 role at the Fed and one that could give her a stronger mandate to influence everything from the cost of money to the future of digital cash.

Ms. Brainard, who has been a Fed governor since 2014, is already part the inner policy circle of the Fed chair, Jerome H. Powell. But her elevation to vice chair will make her Mr. Powell’s closest collaborator on monetary policy matters if she is confirmed by the Senate.

The vice chair holds little power officially, but in practice is regularly the person who floats new ideas in speeches and who helps to guide a Fed chair’s thinking on policy matters.

Ms. Brainard’s elevation comes at a pivotal economic moment. The Fed is wrestling with how to set policy at a time when inflation has shot higher but millions of jobs remain missing. Like Mr. Powell, Ms. Brainard has been wary of reacting to high prices too swiftly by lifting interest rates to choke off growth, worried that it could diminish job market opportunities. But both are carefully watching the price trajectory, with an eye on ensuring that high inflation does not become a long-lasting trend.

“I’m committed to putting working Americans at the center of my work at the Federal Reserve,” Ms. Brainard said during a news conference at the White House on Monday, where Mr. Biden introduced his picks. “This means getting inflation down at a time when people are focused on their jobs and how far their paychecks will go.”

Ms. Brainard also pledged to ensure that the economy would be “sustainable for future generations” and that the Fed would reflect “the diversity of the communities we serve.”

Her views on financial regulation and climate change have won her plaudits from some progressives but drawn concern from Republicans, raising questions about how much support she might win in the Senate. Senator Patrick J. Toomey of Pennsylvania, the top Republican on the Banking, Housing, and Urban Affairs Committee, applauded Mr. Powell’s reappointment but couched his support for Ms. Brainard.

“While I have concerns about regulatory policies that Governor Brainard would support as vice chair, I look forward to meeting with her to discuss these and other matters,” Mr. Toomey said in a statement on Monday.

Senator Kevin Cramer of North Dakota, a member of the committee, also said he had concerns about Ms. Brainard’s regulatory policies and looked forward to discussing those matters with her.

Ms. Brainard has been a major proponent of a more active Fed role in making sure the financial system is prepared for potential fallout from climate change. She gave a speech at the Fed’s first climate-focused conference in 2019 and has recently focused on the need for climate scenario analysis for banks, which would test how well they would hold up amid extreme weather events, sea level change and other climate-tied risks.

As the sole Democrat left at the Fed board in Washington after 2018, Ms. Brainard used her position to draw attention to efforts to chisel away at bank rules, a process that was being driven by Randal K. Quarles, the Fed’s vice chair for supervision who is stepping down in December. In the process, she created a rare public disagreement at the consensus-driven central bank, dissenting from policy changes more than 20 times in 2019 and 2020.

Ms. Brainard often released detailed explanations of her dissents, laying out a road map of what changes were made and why they might be problematic. For instance, when the Fed streamlined its stress-test approach, she supported simplification in spirit — but disagreed with how it was done.

“Today’s rule gives a green light for large banks to reduce their capital buffers materially, at a time when payouts have already exceeded earnings for several years on average,” she said, publishing an analysis of how she came to that conclusion, one that Mr. Quarles disagreed with.

Her new position will not give her more direct say over financial regulation than she previously had — governors all have a single vote on regulatory decisions — but she and her record of dissents could be a resource for the new person coming into the vice chair for supervision job.

Senator Sherrod Brown, an Ohio Democrat and chairman of the Banking, Housing, and Urban Affairs Committee, said Ms. Brainard had “spent her life fighting for a stronger, fairer economy.”

“At this moment, when workers are finally starting to see more power in our economy, we need a vice chair who understands that our economic recovery must strengthen our communities and put workers first,” Mr. Brown said in a statement.

Ms. Brainard would be the third woman in the Fed’s 108-year history to hold the job, following in Janet L. Yellen’s and Alice Rivlin’s footsteps. Her new role would put her in a powerful position to weigh in on the path ahead for digital currency as the Fed contemplates whether it needs to issue one, something some other global central banks have done or are in the process of doing. Her more elevated position could also give her a bigger bully pulpit on climate-related issues.

Ms. Brainard is a longtime Washington policymaker. She played a leading role in European debt crisis and Chinese currency deliberations during the Obama administration as a Treasury Department official, and she worked for the National Economic Council during the Clinton administration. She earned her economics doctorate at Harvard and was an up-and-coming professor at the Massachusetts Institute of Technology before moving to Washington to pursue a career in policy.

Ms. Brainard was initially viewed as a leading candidate for Biden administration Treasury secretary and her name continues to surface as a potential successor should Ms. Yellen, who now holds that top policy role, step down.

Jan. 6 Panel to Cite Meadows for Contempt for Defying Subpoena

Jan. 6 Rally Planner to Tell House Panel He Played No Role in Violence