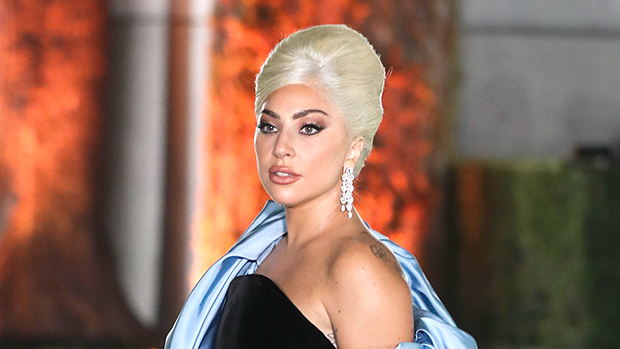 Shortly after Britney Spears thanked Lady Gaga for speaking out against her conservatorship, Gaga shared a sweet message for her fellow pop star.

Lady Gaga, 35, has nothing but love for Britney Spears, 39. “Love you @britneyspears Live your best life,” the House of Gucci star wrote via Instagram on Friday, Nov. 19, shortly after Brit thanked her for her support throughout her conservatorship battle.

“I prayed for the legal system to treat you like a person. You’ve now changed the course for women in this industry forever. You stood up for yourself and were so brave. Thank you,” Gaga signed off, writing the text over a selfie as she sat in bed. The post came just minutes after Britney posted a video of Gaga defending and speaking out on Britney’s behalf at her recent movie premiere in Italy.

“Thank you @ladygaga for genuinely taking your time to say something so kind,” Britney began. “You made me cry !!!…I love you !!!” she also said. Britney has been vocal about her legal situation in recent weeks, taking to social media to celebrate the end of her 13 year long conservatorship that controlled both her estate and person. As of Nov. 12, the mom-of-two is free to regain control of her life.

Britney’s post about Gaga followed another controversial one where she called out Christina Aguilera, 40, for not speaking out at the 2021 Latin GRAMMY Awards. In the short video, a reporter can be heard asking if Christina has spoken to Britney since news of the conservatorship ending as a publicist quickly intervened. “No, we’re not doing that tonight, I’m sorry,” he said as he pulled the Stripped singer away. Christina then said, “I can’t… but I’m happy for her.”

Britney was clearly upset by Christina’s response at the awards show, writing, “I love and adore everyone who supported me… but refusing to speak when you know the truth, is equivalent to a lie!!!!” She then added, “13 years being in a corrupt abusive system yet why is it such a hard topic for people to talk about??? I’m the one who went through it!!!! All the supporters who spoke up and supported me, thank you… yes I do matter!!!!!”

In June, Christina did speak out about Britney’s conservatorship via Twitter and a lengthy message of support. “It is unacceptable that any woman, or human, wanting to be in control of their own destiny might not be allowed to live life as they wish,” the 40-year-old penned. “The conviction and desperation of this plea for freedom leads me to believe that this person I once knew has been living without compassion or decency from those in control,” the 40-year-old also wrote. “She deserves all of the freedom possible to live her happiest life,” she also said at the time.