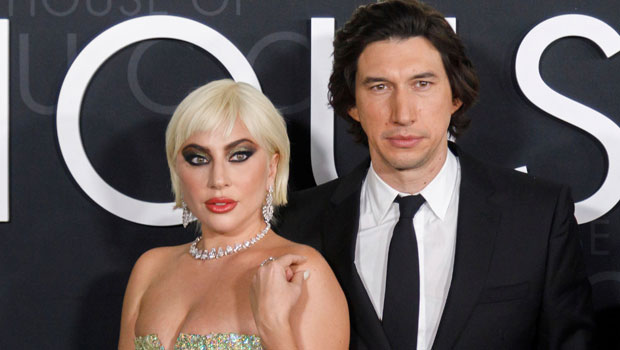 Lady Gaga shared a gorgeous behind the scenes photo of her and Adam Driver filming a scene from ‘House of Gucci’ in honor of his 38th birthday and expressed her gratitude for learning from ‘the best.’

Lady Gaga, 35, is giving a shout-out to House of Gucci co-star Adam Driver in celebration of his 38th birthday on Nov. 19. The singer shared a photo of them filming a scene from their recently released movie and wrote a sweet message alongside it.

“Me and my buddy Adam Driver. Happy Birthday to someone I feel so proud to know,” the message read. “This is us behind the scenes filming ‘House of Gucci.’ I hope you have the best day, I’m the lucky actress who got to learn from you and lead with you every day. Shoutout to all your fans! I know why they adore you, it’s cuz you’re the best! 🇮🇹🎈🍝 (and you’re a weirdo like me 🤓).”

In the epic pic Gaga, who plays Italian socialite Patrizia Reggiani in the film, posted, she’s wearing a red sleeveless dress while Adam, who plays former head of the Gucci fashion house Maurizio Gucci, is wearing a tuxedo. They appear to be having a conversation while surrounded by people at a special event. Once the talented artist shared her post, it didn’t take long for fans to also give their birthday wishes to the actor.

Gaga and Adam are still taking in the joys of the upcoming release of House of Gucci on Nov. 24. They have already attended some premieres of the highly-anticipated flick and trailers and clips definitely showcase the incredible job both of them did as their characters.

House of Gucci tells the story of Patrizia and her ex-husband Maurizio and the scandal that surrounded them when she was famously convicted for hiring a a hit man to kill him. It’s directed by award-winning director Ridley Scott, and also stars other great actors, including Jared Leto, Salma Hayek, and Al Pacino.