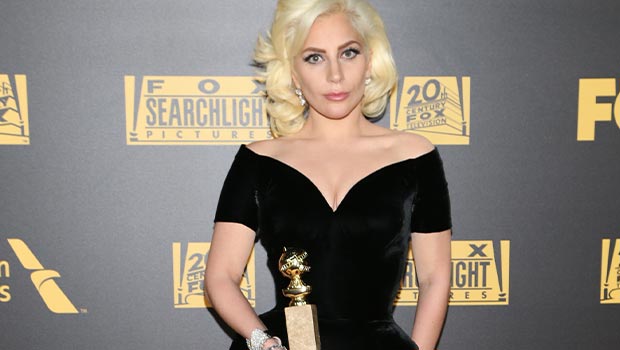 Lady Gaga has certainly cemented herself as a leading talent in Tinseltown. The star — born Stefani Joanne Germanotta in 1986 — first gained attention from Hollywood’s annual awards shows as a singer/songwriter before causing a critical commotion with her acting abilities. Of course, the former category is still pumping life as she was nominated for Best Song at the 2023 Golden Globes with her soaring ballad “Hold My Hand” from the year’s biggest blockbuster Top Gun: Maverick. And with the Golden Globe show returning to a televised broadcast this year following internal changes made by the Hollywood Foreign Press Association — amid the controversy over the lack of diversity among its former voting body — fans want to know all about Lady Gaga’s Globes history. Keep reading to find out all about it, below!

Lady Gaga hit it out of the park on her first time at bat for acting on television! The “Born This Way” singer took home the top prize for her turn as the ruthless, blood-sucking Countess of the Hotel Cortez. “[The Countess] wants everyone in this hotel to love her for who she really is, cunning or not,” Gaga told Variety at the time of the nomination. “Cunning, evil – she feels that they’re all here in this triumph of the hotel because of her. And she keeps them together and she wants to be rewarded for that, for who she really is, and not for anything else.”

The superstar was up against Felicity Huffman, Queen Latifah and Kirsten Dunst. The show itself lost in its Limited Series category against Wolf Hall, which centered around King Henry VIII’s court.

Lady Gaga teamed up with Bradley Cooper for another take on the movie A Star is Born. While they also received nominations for their acting, the pair brought home the gong for the film’s signature tune “Shallow.” The ditty and its writers won against such musical icons as Dolly Parton, Linda Perry and Annie Lennox.

In addition to the two awards Gaga won above, here is a list of the awards she was nominated for but didn’t take home.

Lady Gaga’s Tattoos: Everything To Know About The Superstar’s Body Art