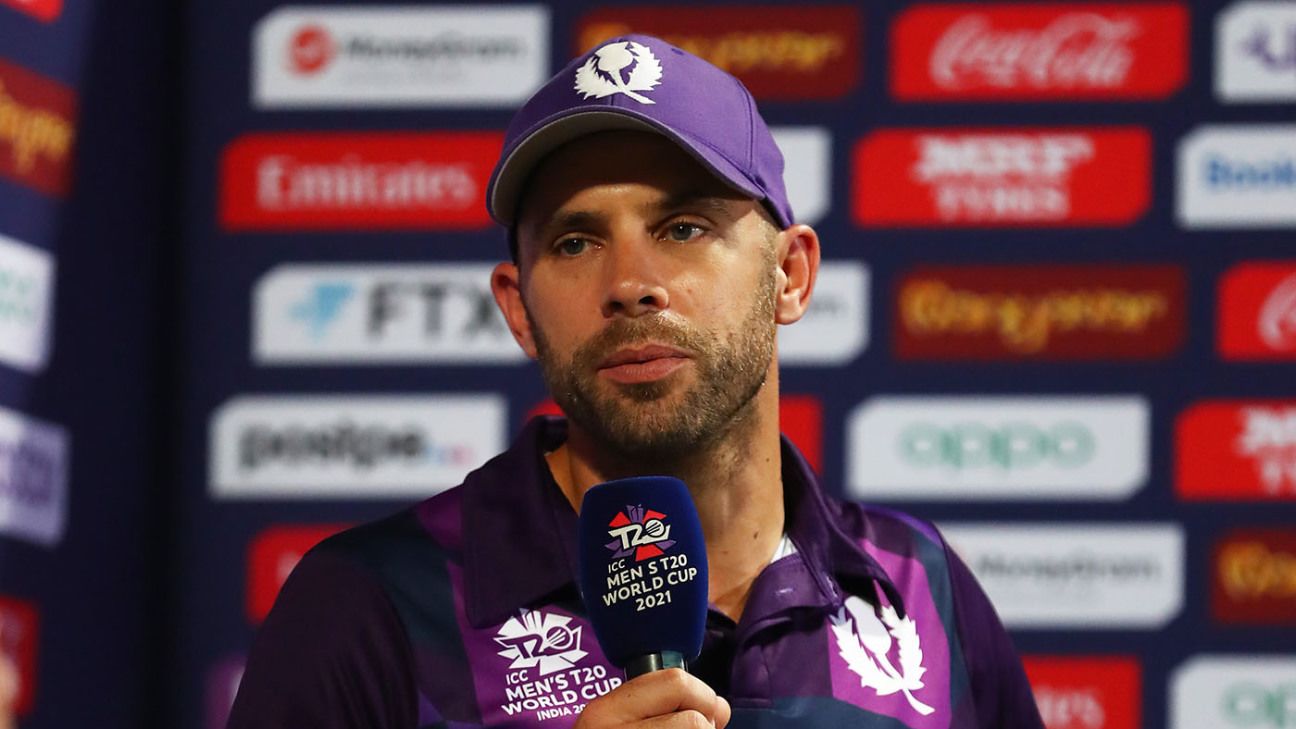 Kyle Coetzer‘s storied time as Scotland captain came to an end on Friday, when the 38-year-old announced that he would be stepping down after his team’s World Cup Super League Division Two game against UAE.
Coetzer was in charge of Scotland in 110 of his 214 appearances. He made their first ever-century in the ODI World Cup – 156 against Bangladesh in 2015 – and in 2021, he led them past qualifying and into the main round of the T20 World Cup. The ICC recognised the extensive work he had done on and off the field for Scotland, when they named him the men’s Associate Cricketer of the Decade in 2020. Coetzer also received an MBE for services to cricket in the same year.

“It’s been an absolute pleasure to lead this group through various stages in our growth and development and captain my country and I will look back on the time with such fondness,” he said. “I’m extremely proud of where we have got to and I’m even more excited with where this team can go to under its next leader.

“It’s been fantastic to see how the players are managing themselves on the field recently and to effectively have more than one leader out there has been a really positive and encouraging sign for me. It was this that made me feel it was the right time to share my decision and step down.”

A Cricket Scotland press release said Coetzer’s successor will be appointed before the team’s next series in July, against Namibia and Nepal. The coaches, led by Shane Burger, will decide on who takes up the role in consultation with senior players and the board’s interim Head of Performance, Toby Bailey.

“I’m so grateful to have been able to impact this group of players and help Scotland through this phase of cricket that I’ve been involved in,” Coetzer added. “I’ve certainly given it my all and I hope the players and fans also feel it’s been a positive experience. Although part of me is sad to be stepping down, I’m happy with where the team currently sits and I’m full of anticipation about what’s to come next for us all.

“My biggest driving force over years has been to help the team have everything they need and lead them in every way I can. Moving forward I have no desire to stop playing and will be giving everything I have to my fellow players and the next captain – going out and scoring as many runs as I possibly can for Scotland remains the focus.”